BERLIN – A new space in Berlin aims to celebrate the myth and magic of the mermaid.

The Mermaid Museum, being billed as the world’s first, opened in Berlin last weekend. Created by artist and photographer Alyssa Maloof, the museum has been designed to be a mystical place for visitors to explore the centuries-old fascination with the mermaid. 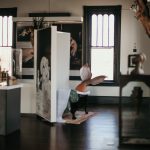 “I got the siren’s call for a mermaid museum,” Maloof said.

Maloof said the idea had been on her mind since she took over the upstairs space at 4 Jefferson St. two years ago. She decided to go for it last summer and has been working to get the space ready ever since. According to Maloof, the museum is the first of its kind aside from a pop-up display and a facility under construction on the West Coast.

“The fact that there wasn’t one inspired movement toward it,” she said.

Maloof, who’s always had an interest in fine arts, has assembled mermaid-related artifacts and pieces from around the world within the museum. She’s fascinated by the fact that mermaids have been a figure throughout history in cultures all over the world. With Berlin’s proximity to the ocean, she felt the historic town was the perfect place to explore the mythical creature.

“It’s a good fit because we’re so close to the ocean and it’s nice to get a different perspective,” she said.

The museum includes artifacts, including an authentic Fiji mermaid, as well as oddities, such as a mermaid-shaped Cheeto. Though open to all ages, the Mermaid Museum, which Maloof described as “less Ariel, more 1900s,” is not particularly geared toward children. A sign on the wall advises visitors “Warning: Nudity. Also fish nudity. Early mermaids didn’t wear suits.” The museum also features a gift shop.

Maloof, who lives in Berlin, credited her neighbors with helping to make the museum a reality, as they provided help and suggestions throughout the process.

“It was really a community effort,” she said. 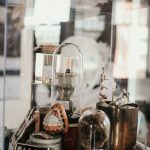 The Mermaid Museum welcomed its first visitors last weekend. The museum, which has an admission fee of $11, will be open on weekends this spring before expanding hours this summer. Maloof said last weekend’s soft opening went great but suggested people stop in to judge for themselves.

“You’d have to experience it to feel the vibes,” she said. “People think it’s a magical world up there.”