FENWICK ISLAND — Anthony Albert DeCesaris, Sr., aged 88, of Fenwick Island, Del., passed away peacefully on Tuesday, March 2, 2021 in the comfort of his home, surrounded by his 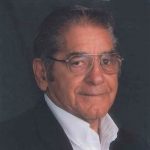 Anthony was preceded in death by his son, Marco A. DeCesaris, Sr.

Anthony was born in Philadelphia, Pa. to the late Marco DeCesaris, Sr. and Ida (Janetti) DeCesaris and he had eight siblings who have predeceased him.

Anthony served in the United States Navy; he was a master bricklayer and owned and operated residential construction businesses.

Anthony was a member of St. Luke Catholic Church, American Legion Post 166, and the Sons of Italy.

A private viewing for the immediate family was held on March 4, 2021; and a Christian Burial Mass was held to celebrate Anthony on March 5, 2021, at St. Luke’s Catholic Church in Ocean City. All COVID protocols were followed and space was limited.

Born in Ocean City, she was the daughter of the late Charles and Katie (Palmer) Hudson. She was preceded in death by her husband, Vincent Holloway, Sr.

Irma had been employed as a school bus driver for the Worcester County Board of Education for 40 years. She was a member of Whaleyville United Methodist Church, the American Legion Post 123 Auxiliary, the Worcester County Farm Bureau, and the Berlin/Ocean City Moose Lodge # 1638. Mrs. Holloway was a loving wife and mother who devoted herself to her family. Her greatest joys were spending time in her home town of Ocean City where she was born and raised, and sharing her joy of her large family.

A graveside service was held on Saturday, March 6 at Evergreen Cemetery near Berlin. Rev. Terry Fort officiated. A donation in her memory may be made to Whaleyville United Methodist Church, 11716 Sheppard’s Crossing Rd., Whaleyville, Md. 21872, or Coastal Hospice, P.O. Box 1733, Salisbury, Md. 21804. Letters of condolence may be sent via www.burbagefuneralhome.com . Arrangements are in the care of the Burbage Funeral Home in Berlin. 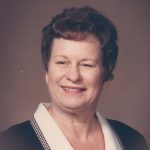 Born in Cambridge, she was the daughter of the late J. Ralph Mace and Louise Tubman Mace. She was preceded in death by her husband, W. Kenneth Tyler, Sr. and her sister Dorothy Pusey.  Sylvia is survived by her sons, Chris Tyler (Polly) and W. Kenneth Tyler, Jr. (Barbara); daughters Robin Tyler Bunting and Theodora Ann Tyler; sister, Mary Scarborough (Bunky); 10 grandchildren; 11 great grandchildren; and numerous nieces and nephews.

Sylvia was the co-owner of the retail store, Bo-Ty Botyk in Shanty Town and 45th Street Village for over 20 years. As a dedicated member of St. Paul’s by-the-Sea Episcopal Church, she served in countless capacities such as editor of the Chimes Newsletter, and as a member of the Altar Guild and Vestry to name a few.  In addition, Sylvia was a Realtor in Ocean City working with her husband at Ken Tyler Real Estate.

No matter what she answered to: ‘Sylvia’, ‘Mom’, ‘Mom Mom’, ‘Aunt Bibi’ or ‘Aunt Sylvia’, those that knew her well will remember all the fun times lovingly planned and shared each holiday season, especially Christmas. In addition, lazy days spent around the pool, swinging on the porch swing, toast made for the grandchildren “with LOVE” and so much more, are her legacy. She was a wonderful, creative and compassionate woman who made everyone feel loved and important. In her later years, Sylvia felt blessed to receive kind and loving care from the dedicated staff at Wicomico Nursing Home.

A celebration of her life will be scheduled at a later date.  In lieu of flowers donations can be made to St. Paul’s by the Sea Episcopal Church Altar Guild and/or the Memorial Fund 302 N. Baltimore Avenue, Ocean City, Md. 21842. 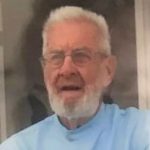 Born and raised in Glen Burnie, Md., he served in the US Navy and worked as a pipe fitter at “the soap house” (Lever Brothers) in Baltimore until his retirement.

John is survived by his wife of 29 years, Erma Theiss Riser; a son John “Jack” B. Riser Jr. and his wife Maribeth of Ellicott City, Md.; and a daughter Helane Riser-Rapsas, her husband Thomas, and a beloved granddaughter, Jade, of Toms River, New Jersey.

He was a long-standing member of the Elks Club of Ocean City and volunteered his time to many charitable causes. He also worked part-time at Eagles Landing golf course for many years, first as the Director of Cart Distribution before being promoted to Marshall. He also enjoyed the time he spent with the staff and his buddies at cardiac rehab.

John talked frequently about the other three Johns who influenced his life — Johnny Unitas, Johnny Cash and John Wayne and was known by some as John Unitas Cash Wayne Riser, the legend. His favorite was Johnny U, and he could always be spotted by the #19 pin he wore on his shirt or eyepatch. You could also recognize him by his favorite expression: “Whoa Nelly!”

Anywhere John went he made a new friend and is now reunited with many old ones. Now that you’ve gone over the hill John/Dad/Grandaddy, we’re sure you’ve found that the steamed crabs are hot and the beer is cold.