OCEAN PINES – The handling of a complaint against the Ocean Pines Association’s board president was called into question late last week following the resignation of a prominent department head.

The announcement came weeks after the association’s Board of Directors dismissed Phillips’ allegations that President Larry Perrone had violated Resolution B-08, which addresses director and officer ethics and misconduct.

When reached for comment this week, Phillips said her departure was not a direct result of the board’s decision, but a multitude of factors. She declined to elaborate.

“This was an unfortunate situation for all involved,” she said. “I am beyond grateful and humbled by the amount of community love and support I received. My hope from this is that people will get more involved in what is going on, as well as some deeper discussions from management on the handling of employee issues. I was fortunate that I was in a higher profile spot, in regards to the level of community support, but there are many faces who are not as known and need the same level of attention and care.”

On Jan. 4, Phillips filed a complaint with the association’s human resources director against Perrone. In a virtual board meeting last Saturday, Jeremy Tucker, OPA’s corporate counsel, told community members her complaint was brought to General Manager John Viola, who handed the matter over to outside counsel, Michael Neary, for investigation.

“During Mr. Neary’s initial interview with Ms. Phillips, she relayed to him that she wanted the complaint to be addressed as a B-08 complaint,” Tucker said. “The scope of Mr. Neary’s investigation then grew to address the B-08 issues.”

Tucker told community members Phillips’ B-08 complaint was handled in a manner similar to the B-08 complaint Viola filed against Director Tom Janasek last November. After interviews with several individuals who had knowledge of the complaint, Neary relayed his findings to the board on Jan. 28.

Tucker noted that while Perrone was in attendance for the Jan. 29 closed meeting, Phillips was not invited to participate.

The board’s decision on the complaint was first announced at an open board meeting on Feb. 4. Because no motion was made to remove Perrone from the board of directors, Tucker said no adversarial hearing was held on the complaint.

“In summary, Ms. Phillips’ complaint against Mr. Perrone was taken very seriously and consistent with Ocean Pines’ policies,” he said. “Although the outcome of the B-08 complaints against Mr. Janasek and Mr. Perrone differ, every effort was made to adhere to the same process in administering the two complaints.”

Several community members, however, took the opportunity last week to share their displeasure with the board. Community member Jackie Kurtz read a letter signed by 104 Ocean Pines residents upset by the board’s treatment of Phillips.

“The board should not be able to hold a closed-door meeting to decide the outcome of Perrone’s actions without Colby and her attorney present,” she said. “Colby should have been given an opportunity to speak before a board decision, as Perrone should be able to present his side but not vote on any decision. Even if Perrone’s actions were legal or did not violate the B-08, it was wrong on every level. It’s wrong that the majority of the board was willing to put up with his behavior without any kind of censure and apology to Colby.”

During last Saturday’s board meeting, Janasek told community members the closed-meeting vote to dismiss the allegations against Perrone was not unanimous. He then called for the board to schedule a meeting to consider the removal of an officer. Director Doug Parks supported the request.

“It would behoove us to remember who we represent,” Janasek said. “This is not a board of one or two, and that is what it’s become.” 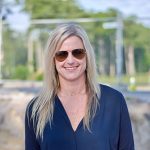 Director Frank Daly pointed out the most recent B-08 complaint was the second complaint filed against a board member in recent months. He said he wanted the board to consider amending or repealing Resolution B-08.

“By May 20, we either fix it or I make a motion to rescind it,” he said. “We’re not the Central Intelligence Agency, we’re not the National Security Agency. This cloak of secrecy that ties hands is extremely unfair, first to the community and second of all to the people involved … Like it or not, there are two sides to every story. And I don’t like a process that handcuffs one side.”

Phillips declined to comment on the details of her B-08 complaint this week.

Although she offered to stay in her management position through March 2, Phillips said Ocean Pines management decided to part ways on Feb. 18.

“I was not surprised to hear that, and grateful they still paid me for the two weeks I offered to stay,” she said.

Phillips, who began a full-time career with the OPA in April 2014, said she has found another job, which will be announced at a later date.

“They will be sharing that release, but I will add I instantly fell in love with the culture they provide and the care I could feel they have for their team,” she said.

OPA General Manager issued a statement on Tuesday, saying, ““This announcement is to inform you that Colby Phillips has resigned from her position as Director of Amenities and Operational Logistics, and her last day with Ocean Pines Association was Thursday, February 18, 2021. She will continue to teach the swim aerobics class until March 31, 2021. We are thankful for Colby’s contributions at Ocean Pines Association. Please join me in wishing her the very best in her life and career endeavors.”

Moving forward, Phillips said on a post to supporters on her Facebook page she wishes nothing for the best for Ocean Pines and hopes change is included in its future.

“… Thank you for your support, kind words and love. They have meant so much and I am truly humbled. I am not bitter about what happened and making the hard decision to resign …,” she wrote. “The focus now has to be on fixing the issues and the culture. I have been blessed to have met so many of you and am so glad I was able to help in many situations. I was kind of the ‘face’ of OP as many have stated but there are SO many employees who worked just as hard and care just as much and right now going forward need YOU to get involved in your community to help fix the deeper rooted problems and make sure the priorities this community needs first are indeed being focused on FIRST.  Not even half of our residents vote for board members. This has to change. It makes a difference who YOU elect.”