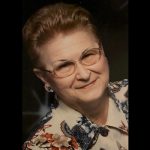 Norma was a graduate of Red Lion Area High School, class of 1952, and Thompson’s School of Business, York, Pa. She was office manager of her husband’s business, Ed Bull Beer Distributor, York, Pa. for more than 20 years. Norma then worked in the Accounts Payable Office of the Bon Ton Corporation, York, Pa., until her retirement to Ocean City.

A welcoming face at Bethany United Methodist Church in Berlin, Norma chaired and was involved in many committees. She also had been active in the Widow and Widowers Club as well as the local AARP chapter. 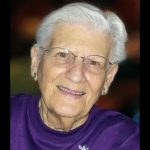 Cookie’s family was the most important thing in her life. She enjoyed cooking and baking for her family and friends. She was preceded in death by her loving husband, Ron Smith, Sr. Left to cherish her memory are her devoted children, Ron (Butch) Smith, Jr., Sharon Orbin, Judith Howard and Eva Hitchens-Stephens. She was blessed with nine grandsons and 12 great grandchildren.

In lieu of flowers, the family suggests memorial contributions in Carolyn E. Smith’s name be made to Coastal Hospice at the Lake, P.O. Box 1733, Salisbury, MD 21802-1733.

Online condolences may be made by visiting www.melsonfuneralservices.com.

SELBYVILLE — Michael G. Andrews, age 97, passed away peacefully on Monday, Feb. 1, 2021 at his home, surrounded by his loving family. 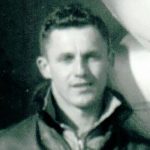 Born in Baltimore, he was the son of the late John S. Andrews and Anna Goffus Andrews. He is survived by his wife of 70 years, Mary V. Andrews; daughter Patricia A. Andrews; and granddaughter Stephanie C. Andrews. He was preceded in death by three brothers, Joe, Ed and John, and sister, Agnes.

Mike was a proud World War II veteran, serving as a Navy Flight Engineer and Pilot. He was a member of Combat Air Crew 159 stationed at Whidbe, Washington from 1943-1946.

As a self-taught engineer, Michael worked in aviation for Martin-Marietta, Lockheed Martin, and Westinghouse Aerospace. As a Senior Technical Writer at Westinghouse, Mike helped to write the manual that created the camera for the famous Moon Landing of 1969.

Michael married Mary Velma Massie on Nov. 11, 1950, a mercurial day of rain, thunder, snow and sunshine – a cosmic declaration of a marriage that was as tempestuous as it was devoted.

Michael and Mary had one daughter, Patricia, who still believes the moon rises and sets in her father’s beautiful smile. Patricia remembers how proud she was to walk into school with her Dad, always the most handsome man in the room. Blessed to have a dad who was always kind and loving, Patricia has never known a greater man than her father.

Michael also had a granddaughter, Stephanie, who is and will always be a professed “Pop Pop’s girl.” Stephanie attributes her ability to craft the world’s greatest paper airplanes and her eternal love for travel and adventure to the man that inspired her each and every day. She will continue to live by his motto, “Always do the right thing,” and hopes that she will always make him proud.

Mike loved flying, boating, and fishing, and taking care of ‘his girls,” Mary, Patty, Stephanie and Callie, the family dog. He always had a soft spot for dogs, and all the family pets – Jesse, Jessa, Shorty, and Callie – loved their Alpha Dad.

Michael will always be remembered as a friend to all, with his charming smile and helpful hand, readily extended to help anyone in need.

Witty, intelligent, charismatic and kind, Michael was a blessing to family and friends, and his strong and gentle spirit will never be forgotten.

A mass of Christian Burial was held at St. Luke’s Catholic Church in north Ocean City on Wednesday, Feb. 10. Rev. Paul Jennings officiated. Interment followed at the Delaware Veteran’s Cemetery in Millsboro, Del. The prolific gardener in Michael would welcome flowers or plants. Letters of condolence may be sent via www.burbagefuneralhome.com 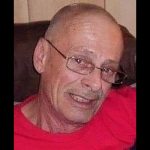 Born in Berlin, he was the son of the late Walter E Watson, Sr. and Edna Hitchens Watson. He is survived by his wife, Linda Harman Watson, and children, Walter R. Watson of Pittsville, Eric M. Watson of New York, N.Y., Hunter D. Watson of San Diego, Calif., and Jennifer W. Scott and her husband A.C. of Pittsville. There are two grandchildren, Alan C. Scott and Samatha R. Scott. Also surviving is a brother, David Watson and his wife Gail, of Laurel, Del., and two sisters, Linda Cindrich and Gary Hoeler, Sr. of Parsonsburg and Barbara Robertson and her husband Bill of Salisbury, and numerous nieces and nephews.

Mr. Watson was a graduate of Stephen Decatur High School, and had served in the United States Army. He had been employed by Top Notch Drywall in Hebron. He loved spending time with his grandchildren, taking them hunting and telling them stories. He enjoyed boogie boarding at the beach, gardening, mini golf, and listening to music.

A graveside service was held on Monday, Feb. 8 at Sunset Memorial Park near Berlin. A donation in his memory may be made to Pittsville Fire Company, 7442, Gumboro Rd., Pittsville, Md. 21850, or the American Cancer Society, 1315 Mt. Hermon Rd. Salisbury, Md. 21804. Letters of condolence may be sent via www.burbagefuneralhome.com. Arrangements are in the care of the Burbage Funeral Home in Berlin. 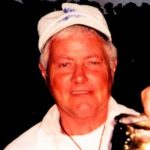 He was born Dec. 12, 1939, to Carl VanHekle, Sr. and Elsie Shane VanHekle. He graduated from Wilmington High School in 1957. Carl married the love of his life, Elizabeth, on Feb. 5, 1960, exactly 61 years before his death. He started a masonry business in 1960 and worked up to just a few months before he passed away. Carl loved and enjoyed life to the fullest, making the most of every minute. He loved the sea, fishing, boating, traveling, time spent with his family, and his work.

Carl is preceded in death by his mother, Gladys VanHekle, and father, Carl A. VanHekle, Sr. He is survived by wife Elizabeth; sons Carl A. VanHekle III and David A. VanHekle; daughter Shari and husband John Jones; and eight grandchildren, Jennifer, Michelle, Chrissy, David, Kevin, Brian, Michael and Matthew; and five great-grandchildren. 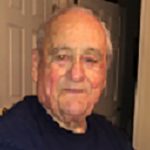 He was born Jan. 16, 1939 to William Lowe and Marie Brautigan Lowe. He was married to Deanna Lowe for 58 years. Robert enjoyed a career as a salesman where he was well respected and had the ability to form long lasting relationships with clients.

Robert was very involved in the community and his country. He served in the United States Air Force for six years. He was a member of the American Legion in Ocean City Lodge #166 and attended St. John Neuman’s Catholic church where he served as an usher for many years.

She was born Oct. 23, 1926 in Pocomoke City, a daughter of the late Herbert Groff, Sr. and Mollie Mills Groff.

Anna’s strong work ethic began in her early days as she started her career as a secretary at Nock’s Hatchery in Snow Hill, while still a senior in high school and continued until having children. Later she worked as a bookkeeper for E. Maurice Jones Insurance Co. and then continued her work, as the business went through changes, until retirement from Associated Insurance Co. She was a longtime member of Trinity United Methodist Church and Bowen United Methodist Church in Newark. Favorite pastimes were reading, crocheting, playing Canasta, crossword puzzles, dominos, making afgans as gifts and delicate lace tablecloths for very special friends. She loved dining out with her best friend Betty Bradford Groton and playing cards with Lola Marie Bradford, Edith Dryden and Virginia Timmons. She will be remembered as a child of God, who touched so many lives as a daughter, sister, wife, mother, mommom, great grandmother, aunt, and to everyone a friend.

In addition to her parents, she was preceded in death by her husband of 60 years, William G. Sirman, Sr., as well as a brother, Herbert Groff, Jr., sisters-in-law, Mary Jane Groff and Ellen Sirman LiPira and husband Dr. Joseph LiPira, and nephew Joseph V. LiPira.

Services are in the care of Short Funeral Home in Delmar. Online condolences may be sent to the family by visiting www.shortfh.com.