OCEAN PINES — Leila “Cris” May Bedard was born to Columbus and Marion DeCristofaro in Quincy, Mass. as the youngest of three, joining Jean and Jimmy. She was raised in Rockland, Mass. and graduated from 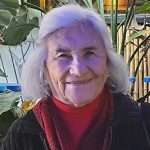 As Leila, she enlisted and proudly served in the U.S. Navy after high school, stationed in the Washington, DC area and was honorably discharged. It was during her service that she became known as “Cris” pulling from her maiden name, with Leila reserved for her parents and siblings. While her marriage to John “Buzz” Clark led to divorce, there were two bright spots, daughter Cheryll and son Dean. She went on to find love and subsequent marriages, first with Robert “Bobby” Leahy and then Roger Bedard. They both preceded her in death.

After early years of raising Cheryll and Dean, Cris worked as a draftsman for the C&P Telephone Company in Wheaton, Md. and then as a Manpower/Budget Specialist and EEO Counselor for the Naval Security Group in Washington, DC. She was a member of the station’s bowling team. After she stopped working, Cris became an avid swimmer at the local Y and changed her daily walks to hikes on the C&O Canal, covering all 184 miles over the course of several years. Cris was a Washington football fan as a season ticket holder for many decades and had fond memories of attending Super Bowl XXII in San Diego in 1987.

Cris was first introduced to Ocean City in the late 60’s, first enjoying a second home there and then permanently relocating from Montgomery County, Md. to Ocean Pines in 2002. While Cris left behind many friends and colleagues on the other side of the bridge when she moved to the Eastern Shore, she made new friends through new activities in and around Ocean Pines and Ocean City, including swimming, Beach Singles, and the Art League. Cris’ last several years were spent at Catered Living at Ocean Pines.

The lasting memory they will have are the cuddly blankets she made for each one. A lasting thought many will have of Cris is her being fiercely independent and self-sufficient and she firmly believed that to be her role as a parent, to teach her children to be independent and self-sufficient too. The youngest grandgirlie said it best: A feisty one is about to meet the big man.

In addition to her children and their families, Cris leaves behind a sister, Jean Baggs; a sister-in-law, Joan Coble and her family; many nieces and nephews and their families; and several special friends. As an expression of sympathy, donations can be made to the Art League of Ocean City. The featured picture was from one of her happiest moments in recent years, taken at Fager’s Island in November 2019. It was to celebrate Veteran’s Day and she was proud to tell everyone about her service and show her service card. The flag she received that day was very important to her, she proudly displayed it on her door.

A celebration of life will be held at a later date. 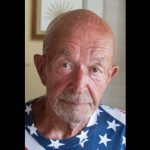 Born April 26, 1941, he was the son of the late Wade Grimes and Ethel Corder Grimes Beardsley and stepson of Virgil Beardsley.

Art proudly served his country as an officer in the U.S. Navy. He spent most of his professional career as a supervisor for the Pennsylvania Department of Transportation in Uniontown, Pa., eventually retiring and adopting the beach life near Ocean City. Art’s upbringing in the country instilled in him a love for working the land that stayed with him his whole life – neighbors passing by the house were never surprised to find Art outside mowing the lawn or working in the garden. He loved Johnny Cash and other music of his era, and his signature dance move was the twist. A beloved father and grandfather, Art’s legacy of a strong work ethic, faith, and family live on.

Due to the current COVID-19 pandemic, services will be planned for a later time. In lieu of flowers, the family suggests memorial contributions be made to the St. Martin’s In The Field Episcopal Church in Selbyville, Del.: https://episcopalchurch.org/paris­­h/st-martin-fields-selbyville-de. The family would like to extend special thanks to Father Duffy for his extraordinary counsel of Art as a long-time member of the church family. 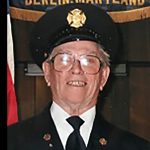 He was born on Dec. 23, 1930 in Salisbury, a son of the late Roland F. (Sparky) Adkins, Sr. and Louise Scott Adkins. Sonny was raised by his mother, grandfather (William Samuel Scott) and grandmother (Liza Jackson Scott) in Newark. While three of his uncles were away in the military, he worked for his grandfather in the logging business in Newark and they were air raid wardens and plane identification specialists during World War II. He and his grandfather supervised German POWs at the POW camp located where Stephen Decatur High School is today. After World War II, rather than attend college in Salisbury, Sonny decided to continue working with his grandfather in the family logging business in Newark. In 1949, his family moved to Berlin.

Sonny married his sweetheart, Margaret Ann Donaway, on Oct. 10, 1951 shortly before being drafted in the U. S. Army due to the Korean Conflict. He received an Honorable Discharge shortly thereafter due to a medical problem.

After separation from military service, Sonny began working for Day and Zimmerman as a lineman building high voltage lines for electric utility companies. A few years later, he became a journeyman lineman with Eastern Shore Public Service (now Delmarva Power). Later, he also worked for Sinclair Refining Company with many of his closest friends.

In 1964, Sonny became self-employed as an electrical contractor and incorporated his business in 1972 known as Adkins Electric Company Co., Inc. His company had many long-time accounts he serviced in the Berlin-Ocean City area and beyond. Also, he was an avid Lionel toy train collector for many years with a huge collection of trains & toys and along with his son, J. Paul, was a Lionel dealer and service center for a few years. In addition, he was a talented harmonica player his entire life with a large impressive collection of harmonicas. He played Gospel and Bluegrass music in local churches with a local musical group.

Sonny loved his entire family and always had time for his children and grandchildren. He especially liked entertaining them and played his harmonica for them every chance he was able.

Sonny was a long-time member of Stevenson United Methodist Church in Berlin and as a child attended Bowen United Methodist Church in Newark with his family. He was a life member of the Berlin Fire Company serving as an Engineer during his active years. He was also a 60-plus year member of Evergreen Masonic Lodge No. 153 AF & AM in Berlin and a proud member of the American Legion-Boggs Disharoon Post 123 in Berlin having served as Past Vice Commander and Chaplain, and he had been a Berlin Town Councilman for eight years.

Arrangements are in the care of the Burbage Funeral Home in Berlin. Condolences may be shared at www.burbagefuneralhome.com. 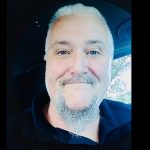 Son of Thomas Keithley and Elizabeth MacMillan, James was born Dec. 4, 1961 in Havre de Grace, Md. James was a Property Caretaker for Vacasa. He is survived by his wife of 37 years, Rebecca Thompson Keithley, their son, Noah, also of Ocean City, and daughter, Jenna, of Aberdeen. Another daughter, Sarah, passed away in 2019. He is also survived by five grandchildren, Nehemiah, Leah, Jaiden and Malachi, who reside with their grandparents, and Atarah, of Aberdeen. A donation in his memory may be sent by this link

www.gofundme.com/f/christmas-for-the-keithleys to help with funeral expenses. Letters of condolence may be sent to www.burbagefuneralhome.com

SELBYVILLE — Louise C. Evans, age 97, of Selbyville, died Sunday, December 13, 2020 at home. Mrs. Evans was born in Selbyville and was the daughter of the late Edward and Millie (Stevens) Brasure. 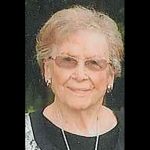 She, along with her late husband Harry, owned and operated the former Del-Air Drive In and was a member of Salem United Methodist Church.

She was a loving woman who enjoyed spending time with her family and friends. She had been known to say, “Oh Lord Honey, I didn’t ever think I would live this long,” but there are many who are blessed that she did and who will miss her greatly.

She was preceded in death by her first husband, Evans Lynch, and her second husband, Harry Evans.

The family would like to thank all her caregivers for the care they have given, especially her special friend Roxie Morris.