OCEAN CITY — Ruth Marie Cook, age 89, passed away peacefully on Friday, Dec. 11 at Coastal Hospice at the Lake in Salisbury. 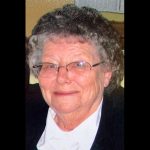 She was born on June 4, 1931 in the City of Brotherly Love, Philadelphia, Pa., to Benjamin Cloud and Ruth Marie Glassmeyer. Services were held at the Maryland Eastern Shore Veterans Cemetery where she will rest in peace with her beloved husband, Harry Raymond Cook. The local hotelier had just completed her 55th season at Long Acres Motel and Cottages in West Ocean City this past summer, where she lived on site, working and raising a family since 1965.

She is survived by her brother, Ben; sister, Lilian; two sons, Paul and Bruce; grandchildren Ethan, Jacob, Holli, Heidi and Emily; as well as 13 great grandchildren.

The property along picturesque Herring Creek was Ruth’s sanctuary, her stage, her American Dream. Hatched on the streets of Philly and fueled by the sands of Ocean City, Long Acres was the brainchild of her late husband, Harry. Together in 1965, they purchased the Stoney Anchor, a five-cottage operation they renamed Long Acres and grew alongside the expanding resort area.

Ruth was a strong student in her youth, something she was very proud of- even being named valedictorian of her class at John Bartram High School in Philadelphia. She took great pride in her penmanship. Her handwritten notes and cards to family and friends were lessons in calligraphy.

Ruth’s ability to remember guests by name and recall stories of the years gone by with such detail after greeting thousands looking for a bed at the beach over more than a half century in business was truly remarkable. A thing of Ocean City folklore for those family, friends and many guests who knew her.

OCEAN CITY — Anita Louise Coolidge, age 91, of Ocean City, went to her heavenly home on Thursday, Nov. 26, 2020. No service will be held at this time.

Anita was born in Hendersonville, N.C. She is the daughter of Pearce and Myrtle Cox and mother to Edward Lee Lancaster and Sheila Rae Colman.

Anita loved to laugh and make others laugh with her. She loved the Lord, singing and crossword puzzles. Anita touched many lives and will be greatly missed. 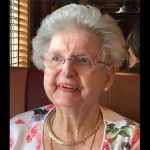 Mrs. Raleigh was born on June 12, 1929 to the late Luke and Catherine Hannon. She graduated from Academy of the Sacred Heart of Mary High School in 1947. She was a long-time communicant of St. Raymond’s Parish in the Bronx, N.Y., where she worked and volunteered for many years at both the church and the boys’ high school. She retired from Watson Avenue Day Care Center where she impacted the lives of many children and families. She is survived by her husband of 68 years, Kenneth Raleigh, and her children, Catherine Budington and husband Walter of the Bronx, N.Y., Theresa Ann Quisenberry and her husband Lee of Kansas City, Mo., Kenneth Raleigh and his wife Lauri of Hanover, Pa. and Robert Raleigh and his wife Suzanne of Kendall Park, N.J. Her legacy includes eight grandchildren, Catherine Catanese, Thomas Budington, Elizabeth Perricelli, Edward Raleigh, Stephen Raleigh, Kelly Ann Raleigh, Leeanne Raleigh, and Victoria Raleigh, and nine great grandchildren and a plethora of nieces and nephews. Also surviving are her sisters, Mary Ann Lyons and Margaret Harlin, and her brother, Anthony Hannon. She was preceded in death by her brothers, Martin, Luke and Kevin. Nothing made Theresa happier than cooking for her family and everyone was welcome in her home on Hone Avenue in the Bronx or Ocean Pines, where she spent her retirement years, always with a full candy dish. Theresa was an avid card player and enjoyed many games with family and friends.

Donations in Theresa’s memory can be made to St. Jude’s Children’s Hospital.