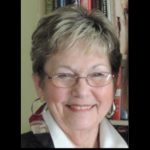 Ellen, the daughter of Margaret Fisher Wallace and Joseph Wallace, was born Dec. 5, 1936 in Vienna, Md.

An only child, family was most important to Ellen and she never missed celebrating holidays, birthdays and other happy occasions. She possessed a sharp wit and a delightful sense of humor. She was ever planting, decorating and caring for her gardens and she loved entering and winning many ribbons at the county fairs.

Ellen worked as manager of Howard Johnson’s Motel in Salisbury and the Eden Roc Motel in Ocean City, was an active member of Bethel United Methodist Church in Parsonsburg and an ardent member of TOPS.

A small graveside service will be held at Bethel Church on Saturday, Sept. 26 at 11:30 a.m. In lieu of flowers, contributions may be sent to Bethel United Methodist Church at 31810 Old Ocean City Road, Salisbury, Md. 21804.
Delayed because of COVID-19, a Celebration of Life is planned for the spring. 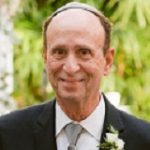 OCEAN CITY — Stanley F. Kahn, 75, passed away on September 20, 2020.  Born in Winthrop, MA, he was the son of the late Leon Isidore Kahn and Hannah Seaman Kahn.

Stan was a graduate of Admiral Farragut Academy, St. Petersburg, FL, and the University of Florida Gainesville. Throughout his lifetime, he completed a series of continuing education courses, both professional and personal.

Stan proudly served our country in the United States Navy during the Vietnam War.

Stan moved to Miami Beach where, in 1969 he began his career in the hospitality industry at the Americana Hotel on Miami Beach. He moved on to Hyatt Corporation Miami Beach, and later Orlando, Fla.

Stan met the love of his life, Veronica Wolf, in Miami, and in 1973 they were married.

In 1978, Stan came to Ocean City, first working for the Carousel Hotel then The Sheraton, and back to the Carousel until he retired in 2015. In 1979, Stan and Veronica became parents of their precious son, Paul Matthew Kahn.

He joined Beth Israel Synagogue in Salisbury where he served on the Board of Directors. He was a founding member of Temple Bat Yam in Berlin.

Stan was a devoted husband and father. He enjoyed playing tennis and jogging, and in later years he became an avid walker. He was a fan of the Boston Red Sox, Baltimore Orioles and the Miami Dolphins. Stan was a super positive thinker, and a supportive friend. He could, and often did, strike up a conversation with anyone. Nevertheless, his top priority in life was always the well-being of his family. He is survived by his loving wife of 47 years, Veronica; his son and daughter-in-law, Paul and Felecia; his brother Joseph and wife Phyllis of Vista, Calif.; and several nieces and nephews. He is preceded in death by brothers, Myron (Helaine) and Howard (Dorothy).

The Talmud teaches that even a truly righteous person must eventually die as death is inevitable.  God however does not want to let the truly righteous leave this world, but rather wants to cling on to every second of having such a person on earth.  When such a person’s name is not written in the Book of Life for the next year to come God waits until the very last second until the New Year begins, and only then allows the Angel of Death to descend.  Thus a truly righteous person breaths his or her last breath and their soul departs on Rosh Hashana, the New Year.

Services were live streamed on Thursday, Sept. 24 at 11 a.m. Interment with Military Honors followed at Beth Israel Cemetery in Salisbury. A Shiva service for Stanley was held on Zoom on Thursday evening at 7 p.m. and will be held Saturday at 7 p.m.

He was an avid outdoorsman.

He was preceded in death by his daughter, Denise L. Ernst.

Interment is private. A memorial gathering will be held at a later date. To send condolences to the family, visit www.easternshorecremation.com.

The celebration of life for Matt Cooper will be held at Denise and Matt’s home on Saturday, September 26, 2020. 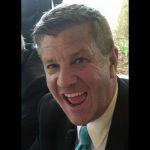 A visitation will begin at 2 p.m. with a service to follow at 3 p.m. Matt loved his home, so this is a fitting tribute in true Matt fashion. The family asks that you dress very casual, with bright, vibrant colors, just as he always did. This celebration is for all of us as we remember his smile, his laugh, and his loud, fast-talking voice. As always, at their home, there will be plenty of food and drink available. Many memories will be shared with everyone. There is no doubt we will hear him say “Are you kidding me.”

He was born in Philadelphia, Pa. and was the son of the late Stanley M. and Elizabeth (Suder) Zielinski.

He was a graduate of LaSalle University and retired from a long career in management. He was Plant Manager for Coca-Cola for many years before transitioning to Vice President at Vlasic Foods. He was a member of St. Luke Catholic Church, Knights of Columbus, NRA and was very active in the Ocean City Elks.

In addition to his parents, he was preceded in death by a brother, Stephen Zielinski.

Services were held. In lieu of flowers, donations in his memory may be made to St. Jude Children’s Hospital, 501 St. Jude Place, Memphis, Tenn. 38105.