Born in Milford, Del., he was the son of the late Bruce E. Johnson, Sr. He is survived by his mother, Patricia Lynch White; a daughter, Caroline Brous and her husband Dan of Salisbury; and two sons, Conner Andrew Johnson, and David Johnson, II, both of Weston, W.Va. Also surviving is a brother, Bruce Johnson, Jr. of Berlin; an uncle, Frank Lynch, Jr and his wife Joanne of Berlin; and two aunts, Mary Elliott and her husband Bruce of Gumboro, and Gloria Ridgeway and her husband Kenny of Lewes, Del.; and several nieces and nephews.

David had worked as a carpenter and was an avid Ravens fan.

A graveside service will be held in Sunset Memorial Park and will be private for the family. Letters of condolence may be sent via: www.burbagefuneralhome.com. Arrangements are in the care of the Burbage Funeral Home in Berlin. 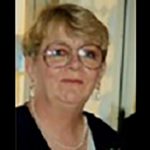 Born in Berlin on May 18, 1942, she was the daughter of the late George and Myrtle Massey Latchum. She was preceded in death by her husband, George Elmer Lewis in 2016; sister Sara Lee Ullrich; and brother George Jeffrey Latchum. She is survived by her sons, George Bradley Lewis of Bishopville, Charles Douglas Lewis and his wife Jennifer of Willards, Roland Krisman Lewis, of Salisbury and daughter, Tina Hudson of Bishopville. There are four grandchildren, Kevin Wayne Hudson, Matthew Lewis, Hannah Lewis, Mason Lewis, and two great-grandchildren, Christine Hudson and Joseph Gravenor, as well as numerous nieces and nephews.

Anne graduated from Stephen Decatur High School, the class of 1960. She had worked as a cashier for many years at the A&P grocery store, and continued working for them after the name changed to Super Fresh. She loved gardening, being with her family, and visiting Ocracoke Island in North Carolina.

A cremation followed her death and services were private for the family. A memorial service will be held at a later date. Donations may be made in her memory to Saint Jude’s Children’s Hospital, 262 Danny Thomas Place, Memphis, Tenn. 38105: Coastal Hospice, PO Box 1733, Salisbury, Md. 21802: and Worcester County Animal Shelter, PO Box 48, Berlin, Md., 21811. Letters of condolence may be sent via www.burbagefuneralhome.com. Arrangements are in the care of the Burbage Funeral Home in Berlin. 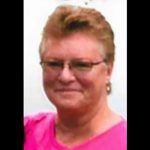 Debbie was born in Sparrows Point, Md. on Dec. 24, 1948. She was a 1966 graduate of Sparrows Point Senior High School and was the class Athlete of the Year, playing on the Field Hockey and Fast Pitch Softball teams as the MVP!

Debbie was the daughter of the late Teddius and Miriam Humin. She married her high-school sweetheart, Tony Karacoulakis and recently celebrated their 53rd wedding anniversary.

In addition to her husband, Debbie is survived by her son, Tony Jr. and his wife Karen; her grandchildren, Maria and John; brother Ted and his wife Mary Humin; sister Carole Poist; sisters-in-law Barbara Harmon and Mary Wagner; and many loving nieces and nephews. She was predeceased in death by her sister, Laura Ludwig.

While living in Baltimore, Debbie worked at Sparrows Point Highschool as the Cafeteria Manager for 15 years. She and her family moved to beautiful Ocean Pines and owned The Wild Goose Sports Bar and Restaurant and Liquor Store for five years. After that she was employed at The Carousel Hotel in Ocean City for 18 years. She loved her job and the people who worked there, especially the visiting student workers who often called her “Mom” and decorating the hotel for holidays and the summer season.  Most of all, she loved the view.

Special thanks to Michael James and Kevin Bresnahan from the Carousel Hotel, Carole Poist, Jerri Boland, Scott and Lisa Phillips, Mary Wagner, staff and physicians at the Richard A. Henson Cancer Center, Ocean Pines and the wonderful family at the Macky Stansell House. Your kindness and care during Debbie’s illness was extraordinary and will never be forgotten by her family.

Donations in her memory may be made to Coastal Hospice, C/O Macky & Pam Stansell House of Coastal Hospice at the Ocean, P.O. Box 1733, Salisbury, Md. 21802.

Arrangements are in the care of Eastern Shore Cremation and Funeral Service, 504 Franklin Avenue, Berlin, Md. 21811. To send condolences to the family, please visit www.easternshorecremation.com 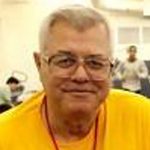 David was born on Dec. 29, 1940 to Neal and Lois (Oxsen) Moquin. He received his teaching degree from Frostburg University and taught for 42 years at Wheaton High School in Maryland. Along with school honors, David was inducted into the Maryalnd Wrestling Hall of Fame in 2003 and the National Wrestling Hall of Fame in 2005 to honor his many years as a dedicated and successful wrestling coach.

David had a passion for singing, whether at the piano, on stage, in social gatherings or in church choirs. He was a long-standing member of a talented local group, the Pine Tones.

David enjoyed spending his retirement years with his devoted soul mate of 25 years, Darlene, going to the beach, fishing and spending time with his dog, Snickers. A generous and loving heart for his four children, five grandchildren, family, friends and students, he will be greatly missed.

David was preceded in death by father, Neal, his mother, Lois, and stepfather, Carl G. Baker. He is survived by Darlene Prejean, along with his children, Alison Moquin Payne (Kevin), Michael Moquin, Kelly Moquin Shaffer (Tom) and April Moquin Shanahan (Jimi) and his first wife Lee Huffman Moquin; a brother, Neal Moquin (Kristina); and sisters Cathy Shafer (Mark) and Jeanette Jefferies (Jeff). He is also survived by five well-loved grandchildren, Christian and Gabriel Payne, Gavin and Brody Shaffer and Laena Shanahan, cousins and many nieces and nephews and Snickers.

A memorial service will be held in the fall.