BERLIN – Dolores “Dee” Cavanaugh Kenny, 88, entered her eternal life on Wednesday, Jan. 29, 2020 with her sons Steve and Guy snuggled on both sides of her. 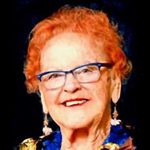 Born on Sept. 16, 1931 in the Presbyterian Hospital in Philadelphia, she was one of three daughters (Clare, Dolores and Jacqueline) born to the late Thomas and Clare Cavanaugh.

Dolores graduated Downingtown High School in Pennsylvania in 1949. Dolores began her service to the community in 1952 when she graduated from the Chester County Hospital School of Nursing where she worked in the Emergency Department as a Registered Nurse and became Charge Nurse of the Department. Dolores was then offered a job with the Pennsylvania Department of Health where she continued to focus on the health and wellbeing of others.

Married in 1953 to Thomas Joseph Kenny of Newfoundland, Canada, Dolores and Thomas moved to Exton, Pa. where they birthed their first son Thomas Joseph, Jr. in 1955 followed by Stephan Michael in 1968. Shortly after the passing of her husband in 1991, Dolores moved to Ocean City where she was an active part of her community.

Dee was an avid sports fan and a ferocious reader. She especially enjoyed March Madness, watching every college basketball game and often correctly predicted who would win the bracket. Her love for basketball started in high school where she was the high school sports editor for the newspaper. She went on to write for the Downingtown Archive and West Chester Daily Local News.

Dolores loved the Baltimore Ravens and you could find her dressed in glistening purple jewelry and clothing anytime the Ravens were playing. Dolores loved animals, especially dogs, and most recently her grand-dog Cole-Haan, a Black English Lab.

In 2017 Dolores’ health began to decline requiring 24-hour care while residing at the Berlin Nursing Home. Dolores showed so many what it meant to care for others. She loved everyone and everyone loved her. Dolores was elected president of the Resident Council at the Berlin Nursing Home in 2018 and re-elected in 2019. If you saw Dolores in the hallways of the nursing home as she carried around a journal, planning events for her fellow residents, you would have thought she was the administrator of the facility. Each year she found joy in organizing Christmas gifts for each resident and always wanted a few extra gifts for those who may become residents after Christmas. She was a constant reminder to cherish even the smallest of moments with those we love. Dolores’ friends, family, nurses and support staff strived to emulate Dolores’ compassion and care for others. We were blessed to learn many valuable lessons from Dolores. Always be kind to one another, be a true friend, find purpose in your situation and she taught us that you can never have too much jewelry.

Dolores’ sons, Steve and Guy, would like to give a special thank you to the immediate nursing care staff and the activities department at the Berlin Nursing Home. Dee received wonderful care during her stay, especially when she made the decision to transition from active care to comfort care.

A service was held on Sunday, Feb. 2, 2020 at the Burbage Funeral Home in Berlin. A private interment will follow. 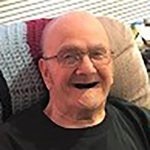 Mr Geppi was a United States Marine Corps Veteran, and had been a Baltimore City fire fighter for 27 years. As a Berlin resident, he also served in the Ocean Pines Volunteer Fire Department. He was an avid Ravens fan.

A memorial service was held on Thursday, Feb. 6 at the Burbage Funeral Home in Berlin. A donation in his memory may be made to the Baltimore City Fire Department, 401 East Fayette St., Baltimore, Md. 21202. Letters of condolence may be sent via www.burbagefuneralhome.com 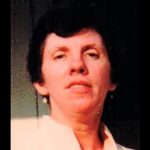 Born in Salisbury, she was the daughter of the late James and Emma Taylor Scarborough. She was preceded in death by her husband, James J.P. Baker, Jr., in 2017, and her son, James “Buddy “Baker, III, in 2006. Surviving are her daughters, Sheila Rivera, Peggy Windsor and Hope Waidner, all of Snow Hill. There are seven grandchildren and seven great-grandchildren. Also surviving are brothers, Walter “Buck” Scarborough of Salisbury and his wife Sylvia, and Jimmy Scarborough and his partner Chip Futrell of Wilson, N.C.; sister Flora Brittingham and her husband Wayne, of Pocomoke; nieces Wendy Bowman and Carla Barfield; and nephew Tom Brittingham. She leaves her two “special sisters” (very dear friends), Kathleen Burkett and Sara Abscher.

Penny had been a homemaker. She was a member of Nelson United Methodist Church and “Women of Faith”. She was a devoted wife and mother. Her favorite pastime was playing Bingo.

A graveside service will be held on Friday, Feb. 7 at 3 p.m. at Springhill Cemetery, in Girdletree. Her brother Walter will officiate. A donation in her memory may be made to the Holly Center, 926 Snow Hill Rd, Salisbury, Md. 21804. Letters of condolence may be sent via www.burbagefuneralhome.com.

Arrangements are in the care of the Burbage Funeral Home in Snow Hill.