Barbara was born in Hamden Md, on July 14, 1938, the 5th child of Lee and Ida (Peregoy) Hunter. The Hunters are a very close knit and loving family and this is how Barbara would eventually raise her own family.

Barbara was raised in Hamden and graduated in 1956 from Mergenthaler Vocational-Technical High School in Baltimore, Maryland.

After graduation Barbara worked at Mount Vernon Mills. While at work one day, Michael Hinkle walked into the office and Barbara leaned over to her coworker and proclaimed, “I’m going to marry that man.”  5 years later on June 23th 1962, Barbara Hunter and Michael Hinkle were wedded in Holy Matrimony.

Barbara and Michael welcomed their first child, Laura Ann in 1964 and moved to Reverdy Road, next door to Barbara’s sister Vera (who helped raise their children) in 1966 shortly before the birth of their 2nd daughter Jodi Lynn. Thomas Michael was born in 1970 and the community of family’s on and surrounding Reverdy Road will always be part of our family, especially the Worthington’s and Taylors.  The St. Mary’s Govans community will also always remain a part of our family.  Barbara was active in the PTA, Mothers Club, Boy Scout Troop and Alumni Association.  At St Mary’s Barbara made many lifelong friends that traveled together with “the Hunter Sisters” on many bus excursions, always returning with great stories of their adventures and shenanigans.

Barbara and Michael spent their Honeymoon in Ocean City, Md and would continue to vacation and eventfully summer there at their condo, every year, until after 50 years on Reverdy Road; they moved permanently to Ocean City.

Barbara’s greatest gift and joy in life was being “Nan” to her grandchildren Sydney, Chloe, Michael, Ava and Zoe. 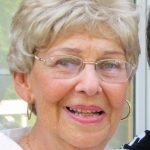 Barbara will be remembered by her family, friends and neighbors for her Famous Coconut Cakes that she made at Thanksgiving, Christmas and Easter and for throwing her famous “basement parties” on Reverdy Road.

Barbara joins her siblings Vera (Earl) Munzer, Doris (Tom) Pierce, Albert (Gloria) Hunter and Olivia Ravadge, who donated her bone marrow to Barbara in 2001 so that we were able to have her with us for another 18 years.

Our family would like to express our eternal gratitude to Linda Sturgis for her experience, kindness and humor while guiding us through this journey. Linda cared for and took excellent care of not only Barbara, but entire family during the last months of her life.

A good life is really something to celebrate. A good life is measured by the people’s whose lives you’ve touched and who have touched yours.  A viewing will be held at Candle Light Funeral Home located on 1835 Frederick Rd, Catonsville, MD 21228 on Sunday, Jan. 12 from 2 to 5 . A brief service will be held Monday at Candle Light at 10am with internment to follow at Pleasant Grove UMC 15300 Dover Rd, Reisterstown, MD 21136 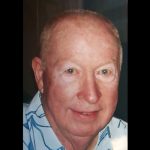 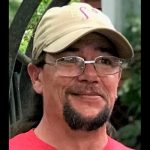 He was preceded in death by father Thomas Kreger; son Shawn Kifer; brother Michael Smith; and maternal and paternal grandparents. Celebration of life service will take place Saturday, Jan. 11, 2020 from 11 a.m. until 2 p.m. at the VFW in Powellville at 35481 Mt. Hermon Rd. Services by www.hollowayfh.com 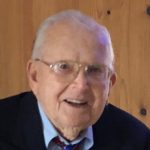 Born in Baltimore July 27, 1936, John moved to Annapolis in 1966 and opened the law partnership of Dietz & Ebersberger. In 1976 he became an owner of Anglers Sports Center, turning it into a family business that his son Charles, daughter-in-law Jane and grandchildren Michael and Anna continue to run.

John loved to fish, hunt and play golf. He enjoyed carving duck decoys and ornamental Santas, playing music on his keyboard and tending his tomato garden. 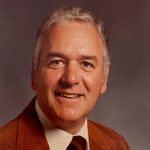 Floyd was born in Asbury Park, N.J. on July 24, 1933 to the late Floyd, Sr. and Antoinette Bassett. At the age of 4, his family moved and he was raised in Ocean City on 42nd Street above the Party Market. As the student living furthest to the north, the one and only city school bus picked him up and then turned around and headed south. He graduated from the original Ocean City High School, later converted to City Hall.

After graduation, Floyd served as a corporal in the U.S. Army in the Korean War for three years. Upon leaving the Army, he enrolled at Salisbury State Teachers College where he earned a B.S. and a Masters Equivalent in Education. It was at Salisbury State Teachers College that he met the love of his life, Louise (“Buttons”) Bassett, to whom he was married for 60 years. He retired as a guidance counselor after 27 years teaching in Worcester County Schools.

For many years, Floyd was the charter boat captain of The Teacher’s Pet. He loved to share his knowledge with anyone who wanted to learn. Floyd enjoyed duck hunting until he was 80 years old and continued fishing through this fall. He was a member of the American Legion and the VFW. He was a Worcester County Commissioner from 1991-1995. He had a real estate broker’s license and taught some real estate classes. He and Buttons traveled the world with a close group of friends.

Floyd was preceded in death by his parents and brother, Ronnie Bassett. He is survived by his wife; two sons, Jeff Bassett (Rehoboth, Del.), and David Bassett and wife Kathy (Snow Hill); grandchildren Colleen, Kelsey and Kevin Bassett; a brother, Michael Bassett and wife Lynda (Falls Church, Va.); and several nieces and nephews.

Floyd acquired many, many friends over the years who no doubt will remember his great sense of humor as well as his “live and let live” attitude. Others will also remember his crazy driving. One of his favorite sayings was “Life is good!”. He lived his life to the fullest and will be sorely missed by all who knew and loved him, especially his grandchildren.

If you would like to honor Floyd’s memory, please consider a donation to Coastal Hospice, Stansell House at the Ocean, P.O. Box 1733, Salisbury, Md. 21802-1733. A private memorial service will be held at a later date. 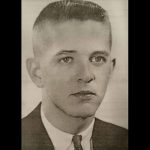 He was born in Berlin and was the son of the late Norman Edward and Evelyn (Phipps) Whitman.

Fred had worked as a manager with the Stardust Motel and several other places in Ocean City and later owning his own business.  He was a lifetime member of the NRA, a supporter of St. Jude Children’s Hospital and had attended Friendship United Methodist Church in Berlin.  He was also a Marine Corps veteran.

He is survived by the mother of his children, Shirley T. Whitman; a daughter, Angela W. Eschenburg and husband Tyler of Severna Park; a son, Jason M. Whitman and wife Amy of Snow Hill; and six grandchildren, Haden, Emma, Rowan, River, Baylee and Jagger. He was preceded in death by a brother and three sisters.

A funeral service was held Sunday, January 5 at Bishop-Hastings Funeral Home in Selbyville with Pastor Daniel Bradford officiating.  Burial was in Bowen Cemetery in Newark.

In lieu of flowers, donations may be made to Friendship United Methodist Church, c/o Lou Taylor, 12329 Vivian St., Bishopville, Md. 21813. 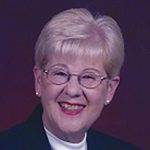 Born in Baltimore, she was the daughter of the late Smith N. Stathem, Jr. and Patricia Johnson Stathem. She is survived by her beloved husband, Joseph Hammen, and children, Jeffrey Hammen and his wife Cheryl of Roswell, Ga., and Margie E. Calloway and her husband Vaughn of Ellicott City, Md. There are two grandchildren., James Alexander Hammen and Grace Carson Calloway. Also surviving are numerous nieces and nephews and a host of friends.

Mrs. Hammen had worked for Baltimore County General Hospital in human resources. After retiring, Barbara and her husband moved to Ocean City and then to Ocean Pines. Barbara enjoyed spending time with her friends and family especially her Ocean Pines golf and bridge groups. She was a member of St. John Neumann Catholic Church.

A mass of Christian Burial will be held on Saturday, Feb. 1, 2020, at 11 a.m. at St. John Neumann Catholic Church near Ocean Pines. Friends may call one hour prior to the service. A donation in her memory may be made to St. Jude Children’s Research Hospital or the Ocean City Berlin Optimist Youth Endowment Foundation. Letters of condolence may be sent via: www.burbagefuneralhome.com