BERLIN – James “Jay” Norman Green Jr. died on Sept. 1, 2018 after an extended illness at the Atlantic Shores Rehabilitation and Nursing Center in Millsboro, Del. He was 70 years old. 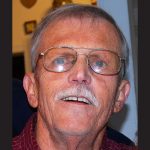 Born and raised in Salisbury, he was the son of James Norman Green and Katherine Alice Marie Townsend. After graduating from high school, he entered the US Navy and served in the Vietnam War from 1966-1970. During his war service, he was awarded three Vietnam Service Medals with three bronze stars and earned a Meritorious Unit Commendation.

After returning to the shore after an honorable discharge from the service, he worked as an electrician by trade. He worked many years at E.D. Supply in Salisbury and Milford, Del. and then Taylor Electric in Milford, Del.

Services will be private. The interment of his ashes will take place at the Delaware Veterans Memorial Cemetery in Millsboro, Del. at a later date. 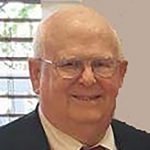 Born in Baltimore, he was the son of the late Alma (nee Frampton) Baer. He is survived by his father, Glenn Baer of Westminster, Md.; his wife Susan (nee Spangler) Baer; daughter Michelle (James) Badolato, of Cherry Hill, N.J.; and son William Meadows of Ocean View, Del. He was the grandfather of Addison Badolato and Emma Meadows. He is also survived by his brother, James (Sally) Baer of Frederick; brother-in-law William (fiancé Sara) Spangler of Huntington, Md.; three nephews; one niece; and many loving cousins.

Rev. Baer was a 1959 graduate of Baltimore City College in Baltimore and a 1963 graduate of Davis & Elkins College in Elkins, W.Va. where he was a member of the “TKE” Fraternity. He was one of the first student body presidents to lead a demonstration on a college campus. He received his Masters of Divinity from Pittsburgh Theological Seminary in 1966. He served as pastor at both Buckingham Presbyterian Church in Berlin and Faith Chapel Presbyterian Church in Libertytown for 32 years. He was previously pastor at Dickinson Presbyterian Church outside Carlisle, Pa. and associate pastor at Oakmont Presbyterian Church in Pittsburgh, Pa. He had been a member of and volunteered his time for many organizations including the New Castle Presbytery, Worcester Youth & Family Counseling in Berlin, Worcester Chorale, Jaycees in Berlin and Kiwanis in Carlisle, Pa. He was an avid reader and baseball card collector since childhood. He kept statistics on every sporting event imaginable.

Friends may call at the Burbage Funeral Home, 108 William St. in Berlin on Friday, Sept. 7 from 4 to 7 p.m. A funeral service will be held on Saturday, Sept. 8 at 1 p.m. at Ocean View Presbyterian Church, 67 Central Ave., Ocean View, Del. Friends may call also call from 11 a.m. to 1 p.m. Rev. Terrence Dougherty will officiate and Rev. David Park and Rev. Jackie Taylor co-presiding. Interment will be in Blackwater Presbyterian Cemetery in Millville, Del. In lieu of flowers, donations may be made to Ocean View Presbyterian Church. Letters of condolence may be sent to the family via www.burbagefuneralhome.com 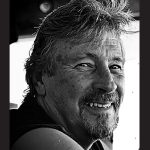 Dennis served proudly in the US Army with an honorable discharge. He was a sergeant with the Lower Salford Police Department and part of the K-9 Division. Dennis opened a Commercial Kennel for boarding, grooming and training in Pennsylvania and conducted personal protection training for the K-9 units. In this position, Dennis was also a member of the U.S. Schultzhund Club which involved training and competing German Shepherds in World Championships, Dennis was an accomplished pilot and volunteered his service to patients who required special hospital care along the East Coast.

He also worked as airport manager for Pentridge Airport in Perkasie, Pennsylvania. Dennis moved to Ocean City and opened a pet crematory and worked as a forensic and private investigator. Dennis loved music and playing drums. He played in multiple bands in Pennsylvania and Maryland. One being his favorite, The Debbie Caldwell Band. He loved hanging with friends, hunting, fishing, golfing and riding his Harley. Dennis enjoyed life and lived it to the fullest.

A Celebration of Life will be held Sunday, Sept. 9 at Trader Lee’s House of Rock at 2 p.m. Arrangements are in the care of the Burbage Funeral Home in Berlin. Letters of condolence may be sent to the family at www.burbagefuneralhome.com. 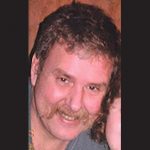 Terry was born in Baltimore and is the son of Geraldine (Hopkins) Davis and the late Franklin William Davis Jr.

He was a graduate of Culinary Institute of America and had been a local chef for over 30 years at many local establishments such as Whisker’s Pub, House of Welsh, Magnolias and The Country Crab. He loved fishing and was an avid Orioles and Ravens fan, but the best moment of his life was the birth of his daughter.

In addition to his mother Geraldine Davis, he is survived by his wife, Tami M. Davis; one daughter, Morgan D. Davis of Millsboro; and one sister, Pam Davis Williams (Barry) of Carolina Beach, N.C.

A memorial service will be held at a later date with family and friends. 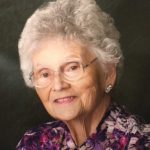 She was born in Baltimore and was the daughter of the late George Hotem and Lillian Bartholomay.

After Jeanne graduated from Seton High School, she worked at B. & O. Railroad in Baltimore. She and Frank moved to Ocean City where she worked at Candy Kitchen and Nutcracker Sweet Candy Stores and was also a volunteer at Atlantic General Hospital for many years. She was a member of Holy Savior Catholic Church and had been a Sacristan and volunteer for over 30 years.

She was preceded in death by her husband, Frank J. Kolarik, and a daughter, Judith A. Kolarik.

A Mass of Christian burial will be held at 11 a.m. on Saturday, Sept. 8 at Holy Savior Catholic Church in Ocean City. Friends may call an hour before the mass.

In lieu of flowers, donations in her memory may be made to Holy Savior Catholic Church, Building Fund, 1705 Coastal Hwy, Ocean City, Md. 21842.