OCEAN CITY — John Kunzler, 56, passed away peacefully on Thursday, July 26, 2018 at home surrounded by family following a brief illness. He was born in Lancaster on Oct. 20, 1961. He was the son of the late Chris Kunzler and Joan S. Kunzler. 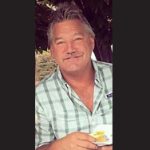 John graduated from Lampeter-Strasburg High School. His career at Kunzler and Co. Inc. began with an entry level position and ended as the Executive Vice President of Operations. John’s leadership, friendship and wisdom will be missed by his peers.

John was an avid hunter and fisherman whose boat, Chasin Tails, was docked at Sunset Marina in West Ocean City and has been seen as far south as Cuba. He won many tournaments throughout his career as a fisherman. And, as John would tell you, there was no such thing as a bad day fishing.

John is survived by his loving wife, Trina, and brother, Chris and his wife, Kim of Baltimore. Additionally, he is survived by two daughters, Krystle of Lancaster, Pa. and Karli of Virginia, step sons Nick and his future wife, Erin of Lititz, Pa. Lance and his wife, Liz of Virginia and Jagur, at home; as well as three grandchildren, Gage, Lucas and Gracie. He is also survived by his canine companion of 10 years, Ruger. In the past 16 years, Trina and John made joyous memories with their children, grandchildren and in their Florida home.

OCEAN PINES — John Frank Mari, age 87, passed away on Wednesday, July 25, 2018 at Coastal Hospice at the Lake in Salisbury. 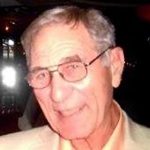 Born in Brooklyn, N.Y., he was the son of the late Anthony and Carmella Spagnole Mari. He is survived by his wife, Paulette Mari; and children, Francis Mari and his wife Susan “Cha” of Gaithersburg, Celeste Schepp of Ocean Pines, Sterling Ambrose of Hallendale, Fla. and Ann Ebert and her husband Ray of White Plains, N.Y. He was the adored grandfather to six grandchildren, Raizel Kavvetscag, Ryan Schepp, Marcella Schepp, Stephen Schepp, Kristen Badik and Gianna Ebert.

John had served in the United States Army, 1st Battalion, 61st Infantry, and 8th Infantry Division. Later he received an Associate Degree in Applied Science from New York City Community College. He had worked for several marketing firms before becoming Vice President of Wells, Rich and Greene, Inc. (Printing Division) in New York, in 1966, where he worked until retiring. He also taught visual arts in New York City for a number of years. He attended St. John Neumann Catholic Church, and was a member of Knights of Columbus (Honorary 4th Degree), and the Sinepuxent American Legion Post #166. He enjoyed carpentry, boating, bowling, and snow skiing, and figure skating, and was a devoted New York Yankees fan.

Services were held. Interment will be at a later date in Rose Hills Memorial Park, Putnam Valley, NY. A donation in his memory may be made to: Coastal Hospice, P.O. Box 1733, Salisbury, Md. 21804. Letters of condolence may be sent via: www.burbagefuneralhome.com

Born in Phillipsburg, Pa., she was the daughter of Vivian Schnarrs Jones of Eden and the late Arthur Jones, Sr. She is survived by her beloved husband of 59 years, Harold V. Grasley, and daughter Lori Ruth Morgan of Ocean Pines. There is one grandson, Ryan Earley, and his fiancée, Rebecca Bright.

Mrs. Grasley was a graduate of Bloomsburg University, and had worked as a private duty nurse as well as in hospital and nursing homes. She enjoyed the beach, walking her dog Daisy, and most of all spending time with family and friends.

Cremation followed her death. No formal services are planned at this time. Letters of condolence may be sent via www.burbagefuneralhome.com .

Maureen had been a homemaker, and had worked for a time for Candy Kitchen and Aunt Annie’s Pretzels. She was a member of St. John Neumann Catholic Church and supporter of the Shepherd’s Nook. She was an avid reader, and scrabble player. She loved flowers and birds.

A mass of Christian Burial will be held on Aug. 8, at noon at St. John Neumann Catholic Church near Ocean Pines. Friends may call one hour prior to the service. A donation in her memory may be made to the Ocean Pines Fire Company, 911 Ocean Pkwy, Berlin, Md. 21811, or Coastal Hospice, P.O. Box 1733, Salisbury, Md. 21804. Letters of condolence may be sent via www.burbagefuneralhome.com . Arrangements are in the care of the Burbage Funeral Home in Berlin.

Mrs. Fairbend was born in Baltimore and was the daughter of the late William L. and Eulojia Marie (Black) Nine. 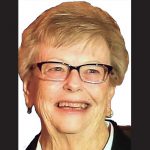 She was a retired early childhood educator. She also was a member of St Luke Catholic Church and the Knights of Columbus Auxiliary in Ocean City, Ladies Ancient Order of Hibernians, and a coordinator of Irish Outreach of Ocean City.

Services were held. Burial will be private at a later date. In lieu of flowers, donations may be made to AFS Intercultural Programs USA at www.afsusa.org.