SALISBURY — John W. Breda, President and CEO of The Bank of Delmarva, announced the addition of David C. Doane, CPA to the Board of Directors of the bank and its holding company, Delmar Bancorp. 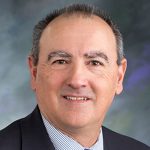 Doane has been a member of the leadership team of Jefferson, Urian, Doane & Sterner (JUDS), PA., Certified Public Accountants, since 1986. He is a past president of the Delaware Society of Certified Public Accountants as well as the State of Delaware Board of Accountancy. He has represented Delaware as a member of the governing Council for the American Institute of Certified Public Accountants. He served many years on the Board of Directors for Baltimore Trust Company/Mercantile Peninsula Bank. He has a long affiliation with Easter Seals of Delaware & Maryland’s Eastern Shore, currently serving on the board as Chair of the Audit Committee and Co-chair of their Capital CAMPaign for Camp Fairlee. He is a past president of the Rehoboth Beach/ Dewey Beach Chamber of Commerce.

In addition to serving on the Board of Directors, Doane will serve as a member of the Bank’s Directors’ Loan Committee.

Every year, Cigar & Spirits Magazine pours hundreds of quality spirits, tasting each one for quality and consistency. The expert tasting panel explores 14 categories of spirits.

Kimberly Heaney and Brenda Truelove have taken the class and passed the exam to receive their Delaware real estate licenses.

“Our team of professionals continue to increase their knowledge and expertise, by obtaining Delaware licenses to serve our clients better. Congratulations to our newly Delaware licensees,” Wise said.

OCEAN CITY — Maryland Governor Larry Hogan on Monday issued a stay-at-home directive for state citizens effective at 8 p.m. and vowed stronger enforcement for those who continue to ignore prescribed social distancing practices.Hogan on Monday announced a new executive order urging all Marylanders to stay at home beginning at 8 p.m. tonight, except for… Read more »