BERLIN – Though the election is still months away, two candidates have already filed to run for public office in Berlin.

Council member Lisa Hall filed to run for mayor last week while resident Zackery Tyndall filed to run for the District 2 council seat — the position currently held by Hall. Although he hasn’t officially filed yet, incumbent Mayor Gee Williams previously stated an intention to run for re-election in a February letter to the editor.

“This is just a different way for me to give back to the community,” Tyndall said. “I’ve been an employee of the town, a citizen of the town and now I hope to be in a leadership role to make decisions.”

Hall, who has served on the council since 2008, says she’s running for mayor because she wants to ensure that Berlin maintains its character.

“I want to preserve the small town charm of Berlin,” she said.

Hall says she wants to make sure the town doesn’t get too big, particularly since it has 400 infill lots.

“Before we consider annexing, we need to finish what we’ve started,” she said. 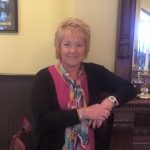 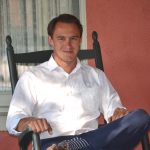 Hall has made her plan to run for mayor no secret. She’s been working toward it for the last four years. She’s become involved with the Maryland Municipal League, the Rural Maryland Council and the Eastern Shore Association of Municipalities. She’s also proud of her track record as a council member.

“When Troy [Purnell], Gee [Williams] and I were first elected, it was during the biggest economic downturn since the Great Depression but we were able to survive and thrive,” she said.

Hall points to the town’s upgraded wastewater treatment plant, its new sidewalks and the purchase of the former Tyson property — now Berlin Falls Park — as evidence of the council’s success. Hall was an early advocate for buying the Tyson plant to turn it into public space and prevent it from returning to an industrial use.

“I feel like that’s one of my biggest accomplishments as a council member,” she said.

Now that the town has addressed its most immediate infrastructure needs, she believes it’s time to give back to the residents. Hall wants the first addition to Berlin Falls Park to be a skateboard park.

“The economy is strong, our infrastructure is good,” she said. “Now it’s time to put some amenities out for the residents.”

Tyndall, 26, is a lifelong Berlin resident who was thrown into the public spotlight in 2013 when he filed an $8 million harassment lawsuit against the Berlin Fire Company, where he worked as a paramedic. The suit was settled last fall and Tyndall has become a familiar face at Berlin Town Council meetings in the months since. He stresses, however, that the lawsuit played no part in his decision to run for council, which is something he’s always wanted to do.

“It’s just something in my past,” he said. “Yes it’s a part of me but it’s not the part of me that’s running for council.”

Tyndall, a Salisbury University graduate, says he’s been attending council meetings to get a grasp on the issues currently facing the town.

“I wanted to hit the ground running as opposed to playing catchup,” he said.

Tyndall studied management and finance in college and says fiscal responsibility is something he believes the town needs to stay focused on. The council has kept its reserve funds at a healthy level and needs to continue to do that, he said. He also believes the town could do a better job of targeting specific markets through studying the demographics of its visitors.

“I think we could spend our marketing dollars a little more effectively,” he said.

Tyndall admits that he’s young but says he’s had a lot of experience already that he believes would help him as a council member. He’s also eager to hear what other town residents have to say.

Berlin’s election is scheduled for Tuesday, Oct. 4. The offices to be decided that day include mayor as well as the District 2 and District 3 council seats. Candidates have until Sept. 2 to file.