WEST OCEAN CITY — In what has become somewhat of a moving target, the planned overnight closure of a busy section of Golf Course Road at Route 50 has now been moved to next Wednesday, July 10.Late last week, State Highway Administration (SHA) announced Golf Course Road at the south side of Route 50 near… Read more »

OCEAN CITY — The U.S. Coast Guard is seeking the public’s help in identifying a suspected hoax caller who has been transmitting bogus distress calls over the last few months.Coast Guard Sector Maryland-National Capital Region officials have been receiving a steady stream of suspected or confirmed hoax calls believed to be from the same individual… Read more »

OCEAN CITY — Resort officials this week approved on second reading an ordinance prohibiting the popular dockless bicycle and electric scooter share programs, but it appears at least one operation is already in place.Back in March, the issue was first discussed at the police commission level and a proactive approach was undertaken. to prohibiting dockless… Read more »

BERLIN — One Berlin teen has died and another is being held on first-degree murder charges after an apparent fight behind an apartment complex off Route 113 on Wednesday evening.Maryland State Police (MSP) Homicide Unit investigators have a suspect in custody while actively investigating the murder of a teenage boy in Berlin on Wednesday. The… Read more »

OCEAN CITY — Wearing a life jacket is being credited for potentially saving the life of a man rescued by the U.S. Coast Guard at the Inlet on Saturday.Shortly after 5 p.m. on Saturday, Coast Guard Station Ocean City was contacted via 911 dispatch that an unidentified man had fallen off a jet ski in… Read more »

OCEAN CITY — Before there is a Fresh Friday or a Classic Saturday at the first-ever Jellyfish Festival in June, there will be First-Responders Day to kick-off the inaugural event after resort officials approved the change last week.Last year, the Mayor and Council approved a roughly $198,000 investment in the proposed Jellyfish Music Festival slated… Read more »

BERLIN — A Delaware man, once described as “perhaps the most dangerous driver in Worcester County,” after his 12th drunk-driving conviction was allegedly at it again on Sunday.Gerald Lusby, 47, of Selbyville was arrested on Sunday and charged with driving under the influence and resisting arrest after an incident during which Delaware State Police attempted… Read more » 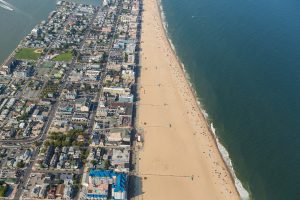 OCEAN CITY — Ocean City officials this week introduced a proposed fiscal year 2020 budget at around $138 million with the property tax rate held at the constant yield, but for the first time in several years, there appears to be at least a will to break from that tradition.City Manager Doug Miller and Budget… Read more »