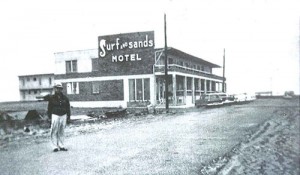 Ocean City’s motel industry developed in the mid-1950s following the opening of the Chesapeake Bay Bridge and the desire of young families for lodging that was casual, inexpensive and that offered easy on-site parking. Within a decade, the vacant land between 15th and 33rd streets became known as “Motel Row.”Motel Row grew from a few… Read more » 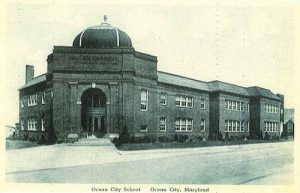 The building known today as City Hall served as Ocean City High School beginning in 1917. Its first graduating class had only seven students — proof that Ocean City was indeed a small town in those days.The first school bus was built by Hugh T. Cropper Sr. on a used Ford Model-T chassis in 1912…. Read more » 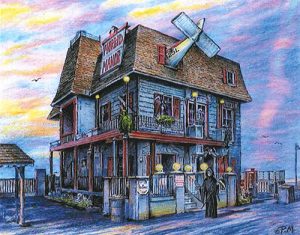 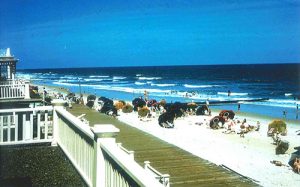 The Ocean City beachfront has changed dramatically over the past 60 years. In this picture (circa 1955) taken from a balcony at the old Commander Hotel, the narrowness of the beach in that era is evident , and the photo was taken on low tide.The placement of the umbrellas suggests a windy day and an… Read more » 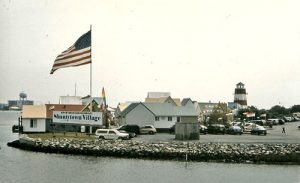 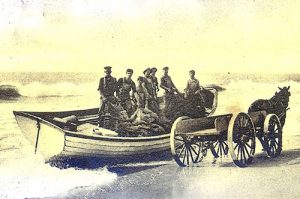 The year 1896 is an important date in the history of Ocean City for it marked the beginning of the commercial fishing industry and changed a small seasonal resort to a year-round town.Captain Christopher Ludlam brought a crew of fishermen from Cape May, N.J. and began pound fishing off the coast of Ocean City in… Read more » 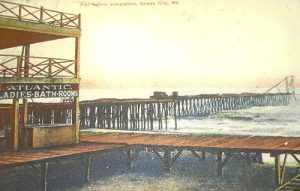 The Ocean City Fishing Pier is under construction circa 1906 in this photo but the pier building has not been built. Work began in 1904 and was completed in time for the 1907 season. The original permanent Boardwalk can also be seen; it was narrow and raised above the sand. On hot days, bathers would… Read more » 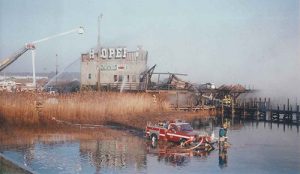 It’s been 15 years since a three-alarm fire that began around 6 a.m. on Jan. 29, 2002 destroyed Hooper’s Crab House. Firefighters from Ocean City, Ocean Pines and Berlin fought the blaze for over 10 hours at the West Ocean City restaurant. Damages were estimated in excess of $1 million.Water supply was a problem there… Read more » 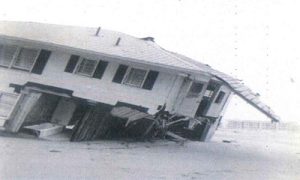 It has been 55 years since the famous storm of March 6-7, 1962 devastated Ocean City. Weather forecasting was in its infancy in those days and the storm — a Nor’easter, not a hurricane — took the town by surprise. Flooding from heavy rain and abnormally high tides trapped many citizens in their homes as… Read more » 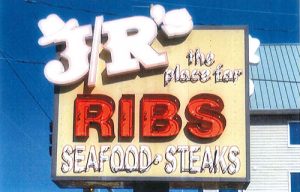 J/R’s the Place for Ribs was one of Ocean City’s most popular restaurants for over 30 years. Located at the foot of the Route 90 Bridge, it was the first stop for many visitors driving to the beach every summer.Opened in 1980 on 62nd Street and Coastal Highway by Jack Hubberman and Joel Colton, J/R’s… Read more »