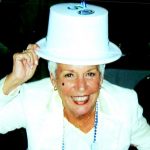 Born in San Antonio, Texas, she was the daughter of the late Robert L. Johnston and Gladys Kuhn.

Carol wore many hats. She was a loving wife of 64 years to her high school sweetheart Jimmy, a mother to two daughters, Barbie and Breezy, a mother-in-law to Tor and Richie, and a Mimi to her favorite Remy. She was Aunt Carol to nieces, nephews and those dear to her heart. She was a colleague to those in the travel business and a friend and neighbor to all who knew her. A lover of boating and beach days, toes in the sand, a reel in her hand and sun on her face. A well-placed geranium with all the umbrellas up on her back deck made her day. Cruises to warm islands, family get togethers and dancing with Jimmy. She was a shoulder to cry on, a warm hug, a good morning and goodnight text. We know you are “tucked” now and forever. Love you and goodnight.

BERLIN — Andrew James Pangratz, better known as AJ and also known as Mr. Supervisor, 26 years old, of Berlin, (Ocean Pines) and originally from Aberdeen, passed away on Friday, Nov. 11, 2022, at Atlantic General Hospital from complications resulting from his having Duchenne Muscular Dystrophy. 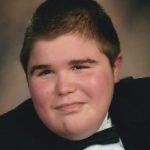 He was born Feb. 2, 1996 at Franklin Square Hospital in Maryland to Lora Seccurro Pangratz and James Pangratz.

He is survived by his parents; his sisters, Kelleigh (Trevor) Pangratz and Grace (Tony) Pangratz; his grandparents, Bill and Kay Seccurro; his godparents, Sara Harwood and Brian Seccurro, and his Goddaughter, Olive Seccurro; his cousins Emma, Kate and Jane Harwood, Lilly Seccurro; his Uncle Tony (Wendy) Pangratz; Aunt Vikki Crissman; and his close friends, Chloe and Reef Goble, Sebrina Sefa and Brianna Howard.

AJ attended St. Matthew Co-Op Nursery, Bakerfield Elementary, Aberdeen Middle School and graduated in 2015 from Harford Technical High School. He was in the CADD program. He was very successful academically. AJ did not talk much but when he did it was usually something humorous. He had a witty, dry sense of humor that made people laugh. He was a very thoughtful gift giver to his family and friends. He loved online shopping. He collected all things related to video and computer games. He loved hot sauce, especially his sister Kelleigh’s homemade hot sauce. He loved watching the O’s play and the Ravens and any of the college football games. He also loved his dog, Rosie, for 18 years and his cat Bobo.

He enjoyed spending time on the Boardwalk in Ocean City where he would navigate his way down the “AJ Lane” and people watch. The smooth straight boards in the middle of the Boardwalk are the “AJ Lane” because it was a smoother ride for him. And he was an expert at supervising his family. He was the favorite grandson because he was the only grandson. AJ and his sister Grace shared many years of school together. He also loved his time with his helpers during his school years, Mrs. Adams and Mr. Neal. AJ attended the MDA Summer Camp every year from age 8-17. He loved his time with his camp counselors, Mrs. Trudy Hargett, Derek Munro and Mark Smart. His sisters were also camp counselors volunteering their time every year. He was known as Mr. Sunshine and Lightness by his DMD doctor at Hopkins, Dr. Crawford and was part of the MDA clinic there. He was also an honorary member of the Har-Ce Forest No. 142 of Tall Cedars of Lebanon. He was his dad’s mini me and they spent every day all day together.

AJ was a beloved son, brother, grandson, nephew, cousin, godson, godfather and friend. He was loved by many and never let his Duchenne Muscular Dystrophy stop him from enjoying life. He will always be remembered and forever missed. 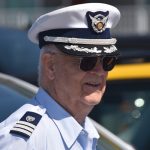 Born in Glastonbury, Conn., he was the son of the late George Schaefer and Lillian Drexel Schaefer.

Following high school, Donald served in the United States Navy and later joined the Coast Guard Auxiliary, where he remained active for more than 30 years in positions of leadership, instructor and mentor.

Donald spent his professional career at AT&T/Verizon, and upon retirement relocated from Rockville to Ocean Pines. Active in the community, Donald was a member of the Ocean Pines bowling and golf leagues and could be found spending time with family, fishing and growing the community with his many volunteer activities.

Cremation followed his death. Inurnment will be at The Community Church of Ocean Pines Columbarium. Services will be held and announced at a later date. Letters of condolences can be sent to the family via www.burbagefuneralhome.com.

In lieu of flowers, the family requests donations be made in his name to the Community Church of Ocean Pines (www.ccaop.org) or your favorite charity. 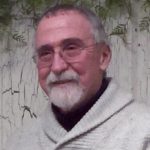 C.S graduated from Fork Union military Academy in Fork Union, Virginia. C.S (Butch) took great pride in protecting and maintaining his family century farm. He loved his farm and passed on that same enthusiasm to his grandson, Cash.

C.S. raised chickens for some time, and then ventured into the next role, working for Sussex County as a tax accessor / building inspector. He spent 40 years with them and retired, ready to enjoy life with his wife, Wendy Holder and family.

C.S. enjoyed spending his new found free time going to concerts with his wife and close friends. Riding his four-wheeler with his grandson, taking Jeep rides with his son and grandson into OC, fishing at the pond and target practice. No doubt he loved the outdoors and his family.

C.S. was a friend of Bill’s and was proud of his many years of sobriety. C.S. was a mason at the Doric Lodge in Millville Delaware, where he was honored to serve with his lodge brothers.

Funeral arrangements are being handled by Melson’s Funeral Home in Frankford, Del. Friends and family are invited to attend the public viewing Nov. 28, 2022, at 12:30 p.m. with funeral service to follow at 2 p.m. Burial will be held at Roxana Cemetery.

Online condolences can be left by visiting www.melsonfuneralservices.com. 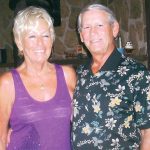 “Just another day in paradise.” Barry and Sandie were their best selves when they were at the beach. They shared a love story that started decades ago. No one could have asked for better parents or better friends. With numerous family members and three children, Douglas, Randi and preceded in death a daughter Sheri. They will be dearly missed. So very special to them was their “beach family.” May you rest in peace together with the sun on your faces and your toes in the sand. I love you -Randi 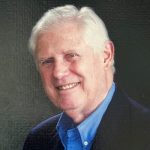 Born in Baltimore, he was the son of the late Nelson Lee Macher and Beatrice Drinks.

In 1955, Nelson graduated from Mount St Joseph HS Baltimore. He served in the United States Army from 1956-58 followed by a 34-year career with AT&T retiring in 1989. While working to support his family, Nelson went to school at night and earned a Bachelor’s degree from the University of Maryland in 1968. Nelson, along with his wife Joanne, lived out their retirement dream of owning a home on the water. Above all, Nelson loved his family, and his family knew how much they were loved through both his actions and words.

Nelson was preceded in death by his father, Nelson Macher, and his mother, Beatrice Drinks.

A visitation was held on Monday, Nov. 21, 2022, at The Burbage Funeral Home in Berlin. The service was held Nov. 22 at St John Neumann Catholic Church. Interment followed at Evergreen Cemetery. Letters of condolence can be sent to the family via www.burbagefuneralhome.com.

In lieu of flowers, the family asks for donations to The American Cancer Society. 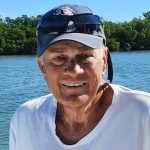 Born in Baltimore on June 20, 1951 to Francis D. Goodrich and Mary C. Goodrich, he relocated 25 years ago to Bethany Beach, Del. and ultimately Berlin.

Don, a more quiet soul, was married to Salli A. Goodrich for 42 years. Their mutual love for the beach brought much happiness as they settled on the Eastern Shore and made many new friends.

From a very young age, Don was active in community baseball and continued throughout high school. It was truly his passion to play major league baseball one day. He still has a $4 1966 World Series Ticketstub for the Baltimore Orioles game he attended at Memorial Stadium. Upon graduation, he went to Florida to play in a minor league farm team. Not working out to his satisfaction, he returned to Baltimore and reassessed his career. Along the way, Don also helped coach a Youth Baseball Team for a few years – loving every minute of it.

He became interested in driving tractor trailers and assumed a Truck Driver position with Western Auto Supply Company. Through company mergers and relocations, he also worked for Schneider, Overnite Transportation, finally retiring from UPS. Through this experience, he focused mainly on the Northeast states and Ohio. Always the one to volunteer, he assisted sites in California, Florida, and Texas on several occasions. He always said, “my alone time on the road helps me think and focus” – thereby, earning numerous Safe Driver Awards.

Not wanting to be idle, Don went to work for Town of Ocean City’s Transportation Department as a bus driver and supervisor. For the last 13 years, he has made many friends and witnessed changes in the town and its customers’ needs. He enjoyed assisting with special events/requests, especially transporting the COPS organization children.

He was a football fan as well – going back to the old Colts days and attending the 1971 Super Bowl in Miami, Fla. with a memorable $15 Ticketstub. With the new Ravens team, he supported them one day, then complained about them the next. But, overall, he was a ‘secret supporter’; watching the games despite what he said.

Throughout all of this, he loved to travel – mainly on cruises and to sunny warm places – and to attend concerts/shows. Don loved his music from the 60’s and you could depend on him watching every PBS special about the Temptations and Four Tops, saying, “there’s no music like this”.

Don’s wishes were to be cremated and scattered at sea. A memorial service will be held on Saturday, Dec. 3, 2022, from 2-4 p.m. at The Burbage Funeral Home in Berlin. In lieu of flowers, the family asks that you consider making a donation in Don’s name to a charity of your choice. Letters of condolence can be sent to the family via www.burbagefuneralhome.com. Arrangements are in the care of The Burbage Funeral Home.