OCEAN CITY — Thomas Glen Casalaspro, of Ocean City, passed away peacefully in his sleep at home on November 7, 2022. 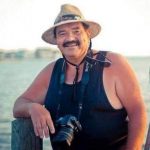 His family, friends, and anyone who had the opportunity to cross paths with him now grieve the kind, silly, and unconditionally loving influence he had on everyone around him.

Glen was born on July 26, 1953, in Brooklyn, N.Y., as the fourth oldest of nine children. He was a jack of all trades, attending Aviation High School — an aircraft mechanic technical school and going on to become an HVAC mechanic, boiler engineer, and managing the upkeep and maintenance of the condominium complex in which he lived with his family until 2001. He greatly enjoyed camping, fishing, crabbing, spending time at the beach in Ocean City and fixing anything and everything he could get his hands on. In the last years of his life, his favorite pastime was caring for his two very well-loved birds, Ima and Acki.

Family was, above everything, the most important thing to him.

There were no strangers to Glen, making friends quite literally anywhere he went, and he made everyone around him feel like the most important person in the world. His family and friends will remember him as a loving and caring father, a thoughtful and playful grandfather, and one of the best people to be around, when you just wanted to have some fun. He leaves behind 69 years of memories and love to be cherished and never forgotten by all who loved him.

A Mass of Christian Burial will be held Friday, November 18, 2022, at 4 p.m. at St. James the Greater Catholic Church, 49 Crosswinds Drive, Charles Town, W.Va. 25414, with Father Timothy Grassi as the celebrant.

Condolences may be expressed at www.eackles-spencerfuneralhome.com

She was the wife of the late David E Wilson. Mr. and Mrs. Wilson were married for 36 years prior to David’s death in 2003. 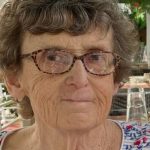 Donna was a graduate of William Penn Senior High School. She enjoyed spending time with family and friends. Some of her hobbies were cooking, painting, recycling, and traveling especially to Miami, Fla. and Ocean City, where she spent her summers. Donna was a strong proponent of fairness, equality, and justice.

Donna is survived by her two sons, David E. Wilson, Jr. and his wife, Keota Silaphone of Berlin, and Darren E. Wilson and Leah Thompson of Pittsburgh, and by her extended family, Kathleen Rogers, Christine Wagaman, Alan Wagaman, Cortney Derocher, and Jarrett Rogers. Donna was preceded in death by her two brothers, Gary and Rodney Wagaman, and a sister, Gloria Wagaman.

In lieu of flowers, memorial contributions may be made to Speech and Language Pathology Scholarship, 112 Washington Place, Two Chatham Center, Suite 450, Pittsburgh, Pa. 15219 or to the Farm and Natural Lands Trust of York County, 350 North George Street, York, Pa. 17401.