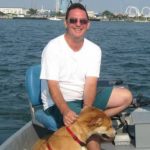 Upon graduation from Southeastern Massachusetts University, he spent his life-long career as a civil engineer at the Department of Transportation, Federal Highway Administration. Jim also served as Commander in the U.S. Naval Construction Battalion (Seabee) Naval Reserve.

Jim had a natural love of the water, which started early in life working as a lifeguard at Horseneck State Beach, Mass and later brought him to Ocean City where he enjoyed boating, fishing and views of Assateague from his retirement home.

He was married for 42 years to Ann C. Walls, whom he had three children — James Walls IV, Colleen D. Walls and Caroline A. Walls. He is survived by his siblings Mary Jane Walls, Ellen Keavy and John Walls. He is also survived by five grandchildren, Kailla, Gavin, Connor, Mason and Frankie, and one great grandson, Jack.

Nancy, known affectionately as “Nanny”, was born in Salisbury on April 5, 1955, daughter of the late George and Rose Marie Miller. She was a 1974 graduate of Stephen Decatur High School. She was employed by Showell Farms/Perdue for over 20 years before spending the remainder of her working life at Trimper’s Amusements in Ocean City.

Nancy’s good nature and willingness to help shone through her work at the park and made her a favorite with all who met her. She developed friendships with the many foreign students she trained each season, guiding them with patience, humor, and lively talk about their favorite Harry Potter books. The summer’s end meant that she could turn her focus to Christmastime.

Nancy poured her heart into the joys of the season: being with family, decorating, baking, and watching Charlie Brown. When she retired from Trimper’s, she was able to devote more time to her true passions, being outdoors gardening, caring for all her animals and enjoying a strong cup of coffee while dreaming big over a small pile of scratch offs with her sister, Annette.

Donations can be made in her name to the Newark Volunteer Fire Station http://www.newarkvfc.com/ or the Worcester County Humane Society https://worcestercountyhumanesociety.org/.  A memorial service will be held at noon on Nov. 5, 2022, at the Inlet Lodge in Ocean City.

OCEAN PINES — John Louis Freeman, age 85, passed away at his home in Ocean Pines on Saturday, October 22, 2022. Born in Buckhannon W.Va., he was the son of the late Louis F. Freeman and Ruby M. Nethkin. 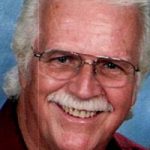 In addition to his parents, he was preceded in death by his wife, Myra E. Freeman.

A funeral service will be held on Saturday, Oct. 29, 2022 at noon at the Burbage Funeral Home in Berlin. Friends may call one hour prior. Interment will follow at Garden of the Pines Cemetery in Ocean Pines. Letters of condolence can be sent to the family via www.burbagefuneralhome.com.