“All three of these professionals have strong backgrounds in higher education and in their respective fields,” said Dr. Dane Foust, SU vice president of student affairs. “We look forward to working with them as they serve our students and the campus.”

Parker most recently served as SU’s interim director of student health services. She arrived at SU in 2019 as assistant director. She previously held several positions at Atlantic General Hospital in Berlin, Md. Parker holds a B.S. in nursing from SU and an M.S. in nursing from Wilmington University. She is licensed as a board-certified family nurse practitioner.

Tauriello came to SU from Mount St. Mary’s University in Emmitsburg, Md., where she served as career services director for the past 10 years. She holds a B.S. in communications from Ithaca College in New York and an M.Ed. in student personnel administration from Pennsylvania State University. She also served as adjunct faculty at several colleges specializing in career development.

“The Cottage Café has such a sweet spot in the hearts of so many locals and visitors,” said Scott Kammerer, president of SoDel Concepts. “Because the restaurant is in a fast-growing area, it attracts a loyal following and a new fan base.”

Tom Neville and Brent Poffenberger started the restaurant in 1993 in Ocean City after graduating from Shepherd University in West Virginia. In 1994 they opened a second Cottage Cafe in Bethany in the spot where it is today.

In the early days, both partners cooked.

“We did everything,” Neville said. “We worked 80-hour weeks. But the hard work paid off.”

The partners later opened the Bethany Boathouse, which they are keeping.

“Owning two restaurants has been rewarding, but now we want to spend more time with our families,” Poffenberger said. “We feel fortunate that a local family-owned company like SoDel Concepts is interested in The Cottage Café.”

He continued, “It’s important that we leave it in good hands. We are confident that SoDel will continue the tradition of great service to our guests, and, maybe most importantly, they will take care of our staff.”

Kammerer said customers and staff should not expect the 240-seat restaurant to change. All of the local favorites, including the bestselling pot roast, will remain on the menu.

“The Cottage Café is family-friendly, and it will stay that way,” Kammerer said. “They don’t make coastal restaurants like this anymore, and we are proud to continue Tom and Brent’s legacy.”

This marks the first location for the leading fitness chain in the Ocean City market, with the nearest Planet Fitness club 40 miles away.

Free fitness training is included in all memberships.

Planet Fitness is thrilled to welcome Ocean City residents and provide them with a clean, safe and nonjudgmental space to work towards physical and mental health goals. 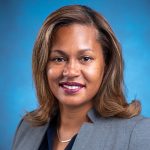 Gary becomes only the third CFO in TidalHealth’s history, following Ritchie – who had been its CFO for the past 15 years – and Donald Durham, who was first to hold the title, until his retirement in 2007.

“Stephanie, in addition to being a proven leader, brings to her new role a wealth of knowledge and an impressive background in not only successfully managing corporate healthcare finances but also experience in the outside corporate world for more than 20 years previously,” said Leonard. “With a tremendous amount of operational experience, which is somewhat unique in a CFO role, she also brings a process improvement perspective that is already helping us to strengthen efficiencies.”

Gary holds a bachelor’s degree from the University of Maryland in accounting and business administration, and is a licensed CPA. She earned her MBA, specializing in healthcare, from the University of Texas. She joined TidalHealth as its vice president of finance in June of 2021 from the Methodist Health System in Texas.

“I’ve enjoyed the transition process with Bruce over the last 12 months. It is not always easy to do, but Bruce has done so with grace and kindness,” said Gary. “I also appreciate Dr. Leonard and the entire TidalHealth team’s support during my personal transition from Texas back home to Maryland and my professional one to CFO. I look forward to supporting this organization and my community for many years to come.”

“Bruce Ritchie has been a valuable team member who has been involved in every strategic decision for nearly three decades, and is recognized as one of the leading CFOs and healthcare financial leaders in the mid-Atlantic region,” added Leonard. “He has played a significant role in making TidalHealth the outstanding health system it is, and has contributed to the healthcare of thousands of citizens on the Delmarva Peninsula.”