OCEAN CITY — The life of Victoria Ann Magin, 57, of Ocean City, will be honored at a celebration of her life from 3 to 4 p.m. on Saturday, Oct. 22, on the beach at 15th Street in Ocean City. 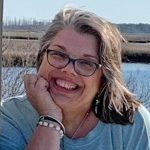 Friends and family are encouraged to come and share their fondest, craziest or most memorable moments spent with Vicki, who died on Wednesday, Aug. 10. She was 57.

Born on Oct. 24, 1964, in Monroe, N.C., to Mary Lou Webster and Donald Magin, she grew up in Ocean City and loved being a true Ocean City girl. She often said salt water and sand ran through her veins.

She had a deep passion for being a grandmother and considered her grandchildren the lights of her life. They called her Granny and she had a close bond with each of them. She and granddaughter Mackenzie shared a love for unique pens, and they often gave each other pens as gifts. She loved her children, as well, going out for girls’ days with her daughter and considering her son-in-law as her own son.

She and her older sister, who grew up calling Vicki her baby doll, enjoyed shopping at Goodwill, then sharing their finds, especially clothing.

A 1982 graduate of Stephen Decatur High School, Vicki also completed courses at both Salisbury University and Wor-Wic Community College. She was employed by Buckley Property Services of Ocean City.

Born in Salisbury, she was the daughter of the late Homer Disharoon and Gertie Mae Phippin. 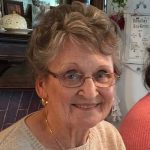 In addition to her parents, she was preceded in death by her husband, Marvel Edmond Scott, and a sister, Joyce Lowe.

Services were held. Letters of condolence can be sent to the family via www.burbagefuneralhome.com. Arrangements are in the care of The Burbage Funeral Home, Snow Hill.

Born at PG Hospital in Cheverly, Md., he was the son of the late John Philip Ritchie and Elwilda Arline Bolan Ritchie. 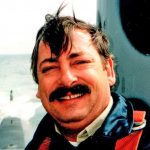 Also surviving is a sister, Becky Jones (Neal) of Exeter, N.H. He was preceded in death by a brother, Gary Ritchie.

Charlie had attended four years of Electrical School in Washington, D.C. and became a member of Local Union #26 Electrical Union. He was a member of the OC Cruisers, the National Rifle Association, and was also a firearms instructor. He loved to build things, both boats and airplanes. Charlie also started OC Monogram Company in the year 1987 with his wife, Cathy. Charlie was a talented sign maker and photographer.

Cremation followed his death. No formal services are scheduled at this time. In lieu of flowers, donations may be made to St. Jude’s Children’s Hospital. Letters of condolence may be sent to the family via www.burbagefuneralhome.com. Arrangements are in the care of the Burbage Funeral Home in Berlin.

He is survived by his beloved wife, Stacey Morgan; his five children, Madison, Austin, McKenzie, Hanley and 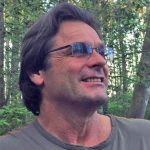 Dylan; his two step children, Gus and Cash; and his granddaughter, Briar, who all adored him. He is also survived by his mother, Iris Kyger; his brothers, Eric Kyger and Kenny Kyger; his sister, Tracy Armesto; and many nieces and nephews. He was predeceased by his father, James Richard Kyger, Sr., and his two sisters, Patricia Kyger and Jeanne Stevenson.

Jimmy was born on Nov. 30, 1961, in Baltimore. He moved to Ocean City in the 1980s, where he started his contracting career and became the President of All States Construction, Inc. He then went on to acquire Masterjack in 2007 and founded Delmarva Supply Corporation in 2015.

Jimmy was a pillar of the community and dedicated much of his time and resources to nonprofit work. He was one of the founders of Contractors for a Cause (“CFAC”) and single-handedly headed the Maryland chapter of CFAC. Through his CFAC leadership, he provided structural repairs for numerous organizations and arranged countless charitable events. In 2013, he was awarded the Most Beautiful Volunteer Award by the Worcester County Commissioners.

Jimmy was an avid outdoorsman and loved hunting, fishing and camping. He loved spending time with his family on his property, which he self labeled, “Muskrattown Yacht and Country Club.”

Jimmy was always up for an adventure. He loved traveling, and spent much of his time exploring different cities, both internationally and domestically.

Jimmy will be remembered in so many ways, whether it be through his contributions to the eastern shore, his loyalty to his friends and family, “Kyger Fries,” and, of course, his jokes. His children will remember him for his bigger than life personality, his unconditional support, the beautiful life he provided for them and the countless life lessons he imparted. 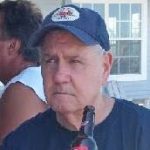 He was the loving husband of Lisa (Stanwick) McBride who celebrated their 32nd wedding anniversary on Sept. 4, 2022.

He was the son of the late William Sr. and Beatrice McBride of Warminster, Pa. He was predeceased by his twin brother, Jack McBride, and sister, Patricia McBride Hare Seese. Surviving with his wife are his two daughters, Megan Dandrow (Matt), Alison McBride (Kory); two grandsons, Hayden Dandrow and Simon Fast; step-grandson Dorian Dandrow; and many much loved nieces and nephews.

He worked for Prudential 18 years and then started a new career at Lowes and Home Depot. He retired from Home Depot in 2016 and enjoyed fishing, boating and happy hours with friends and family. If you asked Bill how he was doing, he always answered “Fantastic, living a dream!”

Memorial contributions may be made in his memory to Multiple Sclerosis Association of America. A private celebration of life to be determined.

Arrangements are in the care of Eastern Shore Cremation and Funeral Service, 504 Franklin Avenue, Berlin, Maryland 21811. To send condolences to the family, please visit www.easternshorecremation.com 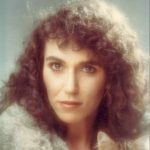 Terri was always out to help the less fortunate and encouraging others. She and her mother graduated together from Salisbury State College in 1985 and then she graduated from University of Pennsylvania School of Veterinary Medicine in 1989. She dedicated her life to saving and loving animals. Terri loved spending time in the garden with her flowers, birds and God. Her simple pleasures were hot tea, Coca-Cola, lobster and cheese.

She is survived by her mother, Carol A. Parsons and step father Richard of Salisbury; a son, Benjamin G. Wattay of Smyrna, Del.; a daughter, Jessica L. Wattay of Kennett Square, Pa.; a brother, K. Douglas Whittington, Jr. and his wife Carol Anne of Cambridge; a sister, Beth Whittington and her fiancé Dan Childers of Ocean City; a step-sister, Lisa Reed and her husband Roger of Berlin; a uncle, Roland Jennings Whittington and his wife Susan; a niece, Krista Drescher; a great nephew, Drake Stolba; many cousins and her fur babies, Yona (little bear), Halo and Weezy.

A memorial service will be held at 2pm on Oct. 14, 2022, at Atlantic United Methodist Church in Ocean City with Rev. George Patterson officiating. Friends may call an hour before the service.