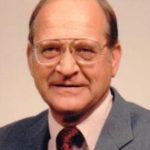 Born in Cincinnati, Ohio, he was the son of the late Clarence A. Fischer and Anna Locherer Fischer. He is survived by his beloved wife of 33 years, Patricia (Dowden) Fischer, and children, Stephen D. Fischer (Celeste) of Solon, Ohio, Daniel J. Fischer (Megan) of Cincinnati, Ohio, Timothy P. Fischer (Karen) of Atlanta, Ga., Karen Alonge (John) of Erie, Pa., Mary Lynn Shelton of Drain, Ore. and Julie A. Byrd of Yellow Springs, Ohio, and step-children, William B. Outten (Kathy) of Berlin, Michael E. Outten (Suzanne) of North Carolina, Daniel L Outten (Melissa) of Florida and Debra Anne Sutton (David) of Berlin. There are 27 grandchildren, 17 great-grandchildren and numerous nieces and nephews.

Mr. Fischer had been the Vice President of Management Information Systems at El Paso Community College and had been the co-owner and operator of Town Center Antiques in Berlin for many years. He was an Army Veteran of the Korean War having worked in Counter Intelligence from 1951-1953. He was a member of Boggs-Disharoon American Legion Post #123 in Berlin.

A viewing will take place on Thursday, Sept. 15 from 6-8 p.m. at the Burbage Funeral Home in Berlin. The graveside service will be private for the family. A donation in his memory may be made to St. Jude’s Children’s Research Hospital, 501 St. Jude Place, Memphis, Tenn. 38105. Letters of condolence may be sent via: www.burbagefuneralhome.com

Born in Washington, DC, she was the daughter of the late Ashby Wood and Ruby Underwood. 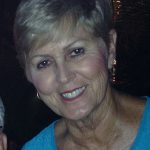 In addition to her parents, she was preceded in death by her brothers, Larry Wood, Buster Wood, and Wayne Wood, and sister, Dee-Dee Barnett.

A celebration of life was held on Monday, Aug. 29 at the Raymond-Wood Funeral Home in Dunkirk. Donations in memory of Barbara can be made to the Multiple Myeloma Association.  Letters of condolence can be sent to the family via www.burbagefuneralhome.com. Arrangements are in the care of The Burbage Funeral Home.

OCEAN CITY — Nancy Jackson Adkins, age 90, of Ocean City peacefully passed away in her sleep on Tuesday, August 30, 2022, at The Woodlands Assisted Living of Ocean Pines. 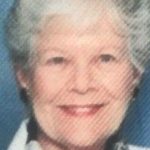 She was born Jan. 12, 1932 in Salisbury and was the daughter of the late Hal Gillespie Jackson Sr. and Catherine (Hayman) Jackson.

Having graduated from Wicomico High School in 1950 she went on to study at Salisbury Business Institute for Office and Clerical Studies. Soon thereafter she was employed by Benjamin’s Clothing Store in Salisbury and later moved on to employment with the Sinclair Oil Company in Baltimore as a secretary. After relocating back to Fruitland with her husband, she devoted her entire life to raising her five children.

She was preceded in death by her loving husband of 63 years, Robert T. Adkins, M.D., and one son, Robert Thomas (Tom) Adkins, Jr. D.O.

She had chosen to have her body cremated and therefore there will be no formal funeral service. Her ashes will be combined with that of her loving husband prior to interment for eternity.

In lieu of flowers, memorial contributions may be made in her memory to the Atlantic United Methodist Church, Christian Education Endowment Fund (CEEF) at 105 4th Street, Ocean City, Md. 21842.

Born Oct. 17, 1956, in Pittsburgh, she was the daughter of the late Michael Mackanin and the late Lois Thompson. 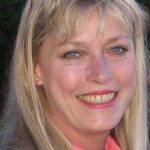 She is survived by her husband, Edward N. “Ted” Fitzgibbon Jr. of Ocean Pines; mother-in-law Alice M. Fitzgibbon and the late Edward N. Fitzgibbon Sr. of Annapolis; sister Karen J. Curlett and the late Charles N. “Chuck” Curlett of Baltimore; her extended caring and loving family including numerous nieces and nephews; and a host of friends.

Donna earned her RN degree at Mercy Hospital, Pittsburgh, Pa. and her bachelor’s degree in Nursing at La Roche College and began her career at Mercy Hospital with tours in the ER and ICU, followed by years of work in the Cardiology Department. She most recently served as Corporate Nurse for Three Lower Counties Community Services (Chesapeake Health Care) before her retirement. Donna met her husband Ted while vacationing in Ocean City. She enjoyed deep sea fishing, pleasure boating, gardening and relaxing on the beaches.

A celebration of her life will be held Saturday, Sept. 10 at 11 a.m. at the Community Church at Ocean Pines. A reception will be held at Taylor’s Restaurant following the service. 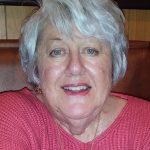 Born in Baltimore, she was the daughter of the late Vincent and Kathryn (Cvach) Tassi. She was preceded in death by her husband, Robert Wilson, and a son, Kenneth Quaster. Surviving are her children, Frederick W. Quaster and fiancé Judy
Rosiak  and Jeffrey S. Quaster and his wife Terri. There are three grandchildren, Lauren and Lindsey Quaster and Kenneth Quaster, ll.

Mrs. Wilson had been an Administrative Assistant at Johns Hopkins University in Baltimore.

Cremation followed her death. No formal services are planned at this time. Letters of condolence may be sent via: www.burbagefuneralhome.com . Arrangements are in the care of the Burbage Funeral Home in Berlin.