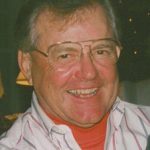 Born in Bishopville, he was the youngest son of Warren and Millie Cropper. He is survived by his wife, Karen, and children, John Lester “JL” Cropper of Ocean City, Mark Cropper and his wife Susan of Ocean City and Stacia Cropper of Berlin. There are three grandchildren, Spencer, Drake and Caroline, and one great-grandchild, Riggs. Also surviving is former wife, Amanda Cropper, mother of his children. Preceding him in death was a brother, Elisha Cropper, and sister, Christine Cropper Rayne.

Newt was a graduate of Stephen Decatur High School and served four years in the United States Coast Guard where he was a tugboat Captain. For fun he competed in boat docking contests with his 40-foot bay boat. He later became very active in politics in the Ocean City area. He and former wife Amanda bought the Midway Shopping Center in 1960, where they owned and operated the Ocean City Paint Store for 30 years. He was a member of the Ocean City Lions Club, Ocean City Volunteer Fire Company, served as President of the Ocean City Council, President of the Worcester County Board of Education, and President of the Maryland Retriever Club. He loved his Labrador retrievers that he bred, trained and competed, finishing over 13 field champions and amateur field champions. Two of which were inducted into the Retriever Hall of Fame. Newt was generous with his time and knowledge, helping others train their dogs and be successful.

Born in Salisbury, he was the son of the late John Thomas Evans Sr. and Mildred “Mary” Pilgrene Evans. He was also predeceased by his sisters, Virginia Ginny Daisey and Sue Carol Evans Quillen, and a brother, Edward C. Evans III. He is survived by his wife of 50 years, Christine Webber Evans of Clearwater, Fla. Also survived by a nephew, Mike Daisey, and a niece, Felicia Birch, both of Salisbury. Also surviving are two cousins, Ruth Wise Phillips of Snow Hill and Connie Wise Olson of Sarasota, Fla. John was a graduate of Stephen Decatur High School, Class of 1966 and a graduate of University of Maryland, College Park. He owned and operated a roofing company in Rehoboth, Del. before retiring. In lieu of flowers, donations in his memory may be made to St. Paul’s by the Sea Episcopal Church in Ocean City.

Born in Snow Hill, she was the daughter of the late Clayton Moore and Edna (Webb) Moore. She was preceded in death by her husband, Allen “Sonny” Hastings, and brothers, Floyd and Freddy Moore. She is survived by her daughters, Lori Hastings and Tina Donaway. There are four grandchildren, Breeanna Popp (Roy Dill), Jessica Donaway, Rachel Donaway and Lane Jones; two step grandchildren, Colin Jones and RJ Jones; one great-grandchild, Arianna Wells; and several nieces and nephews. Also surviving is her brother, Clayton Moore, good friend Evelyn Hartzell and caregiver, Mackensie.

Dorothy had been a devoted mother and homemaker. She was also a poultry grower and farmer who loved Orioles baseball, NASCAR and enjoyed feeding the squirrels and the birds.

Cremation followed her death. No formal services are planned at this time. Letters of condolence may be sent via www.burbagefuneralhome.com

Born in Baltimore on Feb. 14, 1944, she was the daughter of the late Joseph Leo Caparella. Cecelia attended Howard High School in Ellicott City. She spent her early years raising her three children while managing bookkeeping 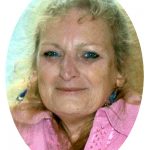 records for her late husband’s business, Charles Michael Shilling, Sr. She had a great memory when working with numbers. After her children had grown, she pursued her dream to live near the ocean and in 1982 she moved to Ocean City. She loved living and working near the beach for the past 40 years. Cecelia was creative and an amazing seamstress throughout her life. She also enjoyed reading, writing, sewing, cooking, and most of all, caring for her “furbabies” (cats). Her youthful spirit kept her young at heart.

She is survived by her three children, whom she was very proud of, Yvonne M. Shilling-Lucchese and Yvette M. Shilling-Fredericks, both of Pennsylvania and a son, Charles Michael Shilling, Jr. and wife, Kimberly of Westminster; her nine grandchildren, Melissa, Stephanie, Audrey, Marcus, Tyler, Priscilla, Mikey, Robby and Krista; and five great-grandchildren, Mackenzie, Norah, Jensen, Benjamin and Juliette.

She will be greatly missed by all who knew her. Rest in peace, Mom, “Mom Mom,” “Cece.”

A Celebration of Life will be held in Ocean City with family and friends on Saturday, Sept. 17, 2022. 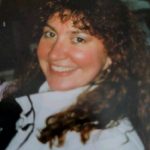 A 1985 graduate of State College Area High School (Pa.) she went on to receive an Associates Degree in Baking and Pastry Arts from the Culinary Institute of America. Toni had a warm, loving, bubbly personality and was a friend to everyone. In her youth, she was a flutist for her school bands, and was a talented ringer for her church handbell choir.

She was a member of Trinity United Methodist Church in Newark and sang in the church choir. She loved animals and was particularly fond of cats.

There are no plans for a funeral. Memorial contributions can be made to the North Shore Animal League, 25 Davis Avenue, Port Washington, N.Y., 11050 or Trinity United Methodist Church, 8355 Newark Road, Newark, Md. 21841

BISHOPVILLE — A loving husband, father and grandfather, Brian Robert Gamm, 71, of Bishopville, was called to his heavenly home on Friday, Aug. 26, 2022.

Born in Elkhorn, Wis., a baptized child of God, he was the youngest child of the late John Gamm and Ruth 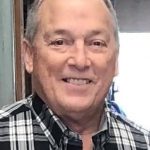 He grew up in Linn Township on the shores of Lake Geneva, Wis. graduating from Big Foot High School with the class of 1969. He enjoyed racing and working on hot rod cars with his buddies on the Super Speed Racing Team. Throughout his life he was a stranger to none, making friends and winning hearts, always a true gentleman he was loved by many including his devoted wife and children. He loved his pets and volunteering with the Worcester County Humane Society. He enjoyed traveling, including annual trips to Jamaica, and going back to Wisconsin for class reunions. An enthusiast for all things western, he enjoyed wearing his cowboy hats, traveling out west, and watching old western movies. He was a dedicated employee of Dr Leonard Berger for 28 years at the Clarion Fontainebleau Hotel.

He and his wife were the 50th members of the Ocean City Jeep Club, he was also a member of the Elks Lodge 2645 in Ocean City, a volunteer with the Worcester County Humane Society, a member of Friendship United Methodist Church, and a former member of St. Peter’s Lutheran Church in Ocean City.

In addition to his father, mother, and step-father, he was preceded in death by his sister, Marcia Harp.

A western-themed celebration of Brian’s life will be held at the Ocean City Elks Lodge 2645 on Sunday Oct. 2, 2022.

In lieu of flowers, memorial contributions may be made to the Worcester County Humane Society at www.worcesterhumanesociety.org/donate.