BERLIN — Sylvan “Butch” Vonna Daugherty, age 79, passed away at Atlantic General Hospital in Berlin on Thursday, August 18, 2022. Born in Rainelle, WV, he was the son of the late Sylvan V. Daugherty, Sr. and Beatrice Rader Daugherty. 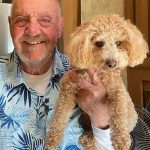 Butch graduated from East Tennessee State University in 1965 before going to work for Purnell Properties in Ocean City where he retired in 2010 after 42 years with the company. He will miss the friends he made while working there. After retirement, Butch and his loving wife Betty joined the RV world and purchased property in Silver Palms in Okeechobee, Fla. where they made many new friends. The pandemic brought one good thing into Butch and Betty’s lives — their special puppy Tess, a nine-pound Cavapoo who quickly ruled their world, stole their hearts and made their lives so much better. Butch and Betty would have celebrated their 57th wedding anniversary Aug. 21, 2022. Paraphrasing a poem they always enjoyed: Betty and Butch shared some wonderful years, for Betty never shut her mouth, and Butch never shut his ears.

No formal services have been planned at this time. Letters of condolence can be sent to the family via www.burbagefuneralhome.com.

She was born Dec. 31, 1932 in Washington, DC, the daughter of Ralph S. and Christia (Peddicord) Warner. Jodie 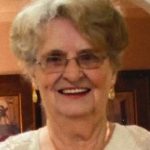 married the love of her life Kenneth Feb. 3, 1951 and they had 61 years of marriage before his passing in January 2012. Jodie loved her family, was an avid golfer, and loved fishing, crabbing in Claiborne where her family lived. Jodie was the life of the party and was quick to tell a joke. She loved to make people laugh. She was preceded in death by her beloved husband, Kenneth; her parents Ralph and Bertie Warner; and sisters Leona Jame and Nancy Bramble.

She is survived by her daughter, Patricia Burns and husband Bobby, son Michael Higdon and wife Penny, daughter Kathy Justice an her husband David, grandson Ray Bacon and wife Olga, granddaughter Julia Higdon and partner Will Robinson, great granddaughter Anya Bacon, great grandson Alex Rezinikov and many beloved nieces and nephews. The family will have a celebration of life at a later date.

To send condolences to the family, please visit www.easternshorecremation.com.

BERLIN — Donald William Price was a unique and beautiful soul who intensely loved life. He passed away in the early afternoon of Aug. 16, 2022, at the age of 76 with his wife, Mary Adrian Price, and daughter, Dawn Yvette Stevens, at his side. 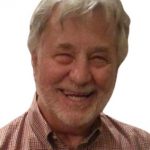 Donald “Don” sadly took his last hard-fought breath after battling pulmonary fibrosis. Don was a man of many talents and lived an incredible life full of adventure, love, music, gratitude and appreciation for all life had to offer.

Don was, most likely, the happiest man you’ve ever met. Consistently, day in and day out, he greeted his loved ones, friends, and the greater world around him with a smile.

In his early years, Donald was an outstanding award-winning bass player in the band The Inner Cyrkle. By popular demand the band played every summer during the 70’s at the Paddock Night Club & Pen-Lucy, to name a few. The Inner Cyrkle was recently inducted into the Maryland Music Hall of Fame. After his music career he became the vice president of Eastern Shore Home Health Care with his partner and wife Mary Adrian. After the sale of the business and retirement, he became actively involved in the American Legion Post #123 as a commander.

She was born on March 10, 1936 to the late H. Stanley & Merle F. Schmidt. Suzanne was also a loving little sister to Stanley (Fritz) Schmidt, who preceded her in death in 2008.

Suzanne was a graduate of Towson High School, class of 1954. She then married her longtime friend and love, Douglas M. Parks, Jr. Feb. 5, 1955. Formally of Easton and Reisterstown, they settled in Berlin in 1977. Suzanne became a valued member of the community and volunteered her services through various organizations including becoming a Deacon at Buckingham Presbyterian Church. Suzanne and Doug became the successful owners of Berlin Farm Supply where they devoted their lives for 26 years until they retired in 2003. Suzanne was known for her strong will but loving and caring heart. She spent her free time engaged in knitting and crocheting projects, camping and nurturing their many pets. She loved attending family gatherings and any opportunity to get on the dance floor.

Memorial donations may be made to Buckingham Presbyterian Church in Berlin. A Celebration of Life service will be held at Buckingham Presbyterian Church, 20 South Main Street, Berlin, at 11:30 a.m. Tuesday, Aug. 30. Reception to be announced after the celebration of life service. Letters of condolence can be sent to the family via www.burbagefuneralhome.com.

Born in Baltimore, he was the son of the late Joseph E. Weitzell, Sr., and Mildred Yeager. As a proud veteran of the United States Air Force, Joseph learned the values of teamwork and selflessness, and applied them every single day.

Joseph was a pillar of his community. He was friends with everyone and worked tirelessly to make his 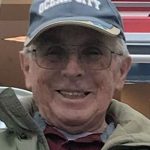 neighborhood a welcoming place. He was always quick to lend a helping hand and took pride in being a good neighbor. Joseph’s favorite memories were the ones he made with his family. From days spent at the beach, being volunteered to help with school projects, leading the way on camping trips, and being the subject of his grandchildren’s pranks—and then pranking them back, Joseph was always at the center of his family, making each and every moment special.

In addition to his parents, he was preceded in death by his wife, Jaqueline Weitzell.

No formal memorial services are planned at this time. A Celebration of Life is tentatively scheduled for the end of September. Letters of condolence and letters of memories can be sent to the family via www.burbagefuneralhome.com. 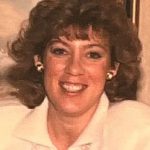 Born in Salisbury, raised in Princess Anne, she was the daughter of the late Barry Klempner and Patsy Records Sterling. She is survived by her daughter, Blair Trader Newell and her husband William of New Jersey; brother, Joseph Klempner and his wife Barbara of Salisbury; niece Kaitlyn Nibblett of West Ocean City; and former husband and close friend, John Trader of Ocean City. Also preceding her in death were her grandparents, Fred and Mabel Records, and sister Karen Klempner Benner.

A graduate of Washington High School, Class of 1974, she received her bachelor’s degree from Salisbury State College. (Salisbury University). For many years she worked in the food and beverage industry. Ellen, a creative and artistic person, loved helping people and cherished her many friendships. Loyal and full of life, she was always able to see the silver lining. A loving mother, she cherished her family most of all. Her smile and laugh will be forever missed.

A Celebration of Life will be held on Friday, Aug. 26 from 3-5 p.m. at Merry Sherwood Plantation 8909 Worcester Highway, Berlin, Md. 21811. In lieu of flowers, a donation may be made to the Worcester County Humane Society, P.O. Box 48, Berlin, Md. 21811. The family asks that you bring a favorite photo, if you have any, to share at the gathering. Letters of condolence may be sent via www.burbagefuneralhome.com

Dick graduated from Wicomico High School, where he was a standout athlete especially in football. He enlisted in 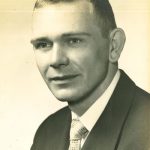 the Marine Corps, becoming a Korean War Veteran, shortly after graduation and attended college at the University of Florida, proudly becoming a “Gator”. In later years, he was a Deputy Sheriff in Wicomico County, after 30 years of working as a building inspector for the Town of Ocean City Dick retired.

He enjoyed daily jogs on the boardwalk and walking his beloved Chesapeake Retriever who was named Taylor. Sadly, he lost his beloved Taylor a couple of months ago.  Dick was a member of the Masonic Lodge; he was a true outdoorsman and enjoyed hunting, especially waterfowl. He always had interesting stories about his hunting experiences. Whenever you saw Richard, you were always met with a firm handshake, slap on the back, beautiful smile and he always said he “felt like a million dollars”, no matter how he really felt.

He is survived by his children, Richard “Ricky” Taylor Hardy (Marilyn), Robert “Bobby” Taylor and Patty Lou Adams, stepchildren Ken, Cynthia, Donna and Andrew and Teri Hardy. He is also survived by several grandchildren, great-grandchildren, nieces, nephews, great-nieces and nephews as well as his very special friend and companion, Pasty Stewart and her children.

A memorial service will be held at Holloway Funeral Home, Salisbury, on Sept. 4, 2022, at noon with a visitation one hour prior.