BERLIN– Berlin officials are expected to announce Mary Bohlen as the new town administrator on Monday.

Bohlen, a longtime town employee, has served as acting town administrator since the departure of Jeff Fleetwood in April.

“We have an announcement planned for Monday,” Tyndall said this week, declining to say whether the announcement related to Bohlen.

The closed session summary included in the council packet related to a meeting on Aug. 8, however, states that administrative vacancies were discussed at that time. The summary states that a motion, made by Councilman Dean Burrell to appoint “town administrator per Mayor Tyndall’s recommendation” passed 3-1 with Councilman Jack Orris opposed. Discussion of an employment agreement and consensus regarding terms is also listed under actions taken at the meeting. Tyndall and all of the council except Councilman Troy Purnell were present at the meeting. As far as staff, the summary states that Bohlen was present for parts of the meeting. 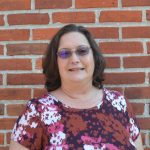 “We’re working through that process internally,” he said at the time. “When we have either a job description to put forward or an individual to put forward, we will do so. At this time we’re working with our acting town administrator. That’s where we stand.”

Bohlen, when queried last about the possibility of serving as more than interim town administrator, said it was a personnel issue.

When asked about his vote of opposition during the closed session, Orris, who didn’t name any individuals, indicated this week he was frustrated with the process.

“My no vote was purely based on process, not person,” Orris said this week. “Yet again, and still with no steady reporting mechanism from the mayor’s office to the council, council is kept in the dark like mushrooms and it would appear that only after external pressure the mayor’s office arrived at a recommendation. In my view, an open search—through which any qualified candidate could apply—and at a minimal cost in an electronic world, I believe was the appropriate avenue for our town.”