OCEAN CITY — A Texas woman was arrested on prostitution and solicitation charges this week after local law enforcement conducted a human trafficking sting operation in the resort. 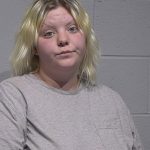 Podest arrived at the hotel and agreed to perform a sexual act for money. Podest was arrested and charged with prostitution and procuring or soliciting prostitution. She was taken before a District Court Commissioner and was ordered to be held on a $2,500 bond.

The OCPD is reminding individuals if they or someone they know is a victim of human trafficking, there are resources and help available. The National Human Trafficking Hotline is toll-free and available 24 hours per day, seven days a week. The toll-free hotline number is 1-888-373-7888 and specially-trained anti-trafficking advocates are always available.

The OCPD continues to proactively handle criminal violations and citizen complaints of illegal activity to ensure the safety of residents and visitors. The department is reminding citizens if they something suspicious or have concerns about possible criminal activity to reach out to the police at the tip line at 410-520-5136, email to crimetips@oceancitymd.gov or call the department directly at 410-723-6610.