OCEAN CITY – As the 2022 election primaries was behind held on Tuesday locally and all over the state, there was a little activity in the pending Ocean City municipal election this fall.

Three city council seats will be up for grabs during the municipal election on Nov. 8, along with the mayor’s position. Ocean City council elections are staggered in the interest of continuity and to avoid a significant turnover in the town’s elected officials in a single election cycle.

This year, the three council seats currently occupied by Council President Matt James, and Councilmen Lloyd Martin and Mark Paddack are up for re-election, along with Mayor Rick Meehan’s position. The mayor’s position comes up for election every two years.

While the local and state primary elections this week garnered much of the attention, there were some filings for the Ocean City council seats to be contested in November. 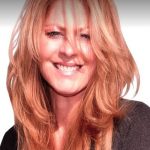 Local Realtor Carol Proctor with Berkshire Hathaway Home Services was the first to file for one of the three council seats open in Ocean City in November. Proctor filed for election about two weeks ago. Proctor’s filing was early considering the filing deadline is set for Oct. 11.

Also throwing his hat in the ring for re-election last week was James, who will be seeking his third term on the council. James was first elected to the council in 2014, becoming the youngest ever to win a seat at the time. James was re-elected in 2018 and was appointed council president in 2020 following the last municipal election. 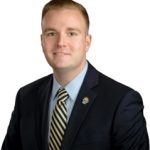 Carousel Group, where he oversees multiple hotels and primarily responsible for operations, capital projects and overall financial performance of the hotels under his direction. James is also an active volunteer with the Ocean City Fire Department since beginning as a cadet in 2006 and currently holds the rank of lieutenant.

Another new, but familiar, name that has thrown his hat into the ring for one of the three contested council seats this fall is Will Savage III. Savage grew up in downtown Ocean City across from his family’s business, the oceanfront Majestic Hotel, and started working at the establishment when he was around eight years old. 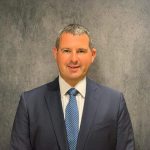 He worked his way through the ranks at the family business, helping to shepherd the historic hotel into the modern era with many innovations. In April, the family sold the hotel to pursue other interests. In 1993 at the age of 14, Savage joined the Ocean City Volunteer Fire Company as a cadet and has been an active member ever since.

In his nearly 29 years of service with the OCVFD, according to a press release announcing his candidacy, Savage has held multiple operational and administrative ranks, including treasurer for four terms, lieutenant for six years and assistant chief for eight terms. During his time as assistant fire chief, Savage was the incident commander for several major incidents and was the divisional commander during Hurricane Sandy. He was received numerous awards and commendations during his time with the OCVFD including Firefighter of the Year.

Savage and his wife, Candace, a county government employee, currently operate two Boardwalk businesses, Down Under Sunglasses and Boardwalk Convenience Store. In his press release, Savage said he is committed, “to improving the overall quality of life for residents, while maintaining sensible government and a consistent tax rate. He further pledges to promote the town and all its businesses in a positive, professional manner to spur sustainable tourism growth and keep Ocean City a world class destination.”

With James, Proctor and Savage throwing their hats in the ring for the three contested council spots in November, it remains to be seen if incumbents Martin, who has been on the council since 2002 and served many years as president and secretary of the body, and Paddack, elected in 2018, will file for re-election. The other four current council positions occupied by Council Secretary Tony DeLuca, and Councilmen John Gehrig, Frank Knight and Peter Buas will not come up for re-election until the next cycle in 2024.

While he hasn’t formally filed with the filing deadline still months away, the presumption is Meehan will seek to retain his position. Meehan was first elected to the city council in 1985 and served for 14 years as council president. He was appointed mayor in 2006 and has held the position ever since.