District 2 Commissioner Diana Purnell, District 5 Commissioner Chip Bertino and District 6 Commissioner Jim Bunting received strong voter support in this week’s primary. Candidates, whether they won or not, agreed that one of the biggest takeaways from the primary was how respectfully local politicians campaigned. 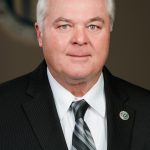 “I think the rest of the country should look at how Jim and I opposed each other,” said Richard Addis Jr., Bunting’s challenger. “We did it with civility. We disagreed on policy but we did not degrade each other. I would hope that other people would use that as an example.”

Addis, a newcomer to local politics, challenged Bunting, who’s finishing up his third term as a commissioner, for the District 6 seat. Though he lost, with Bunting receiving 527 votes (59.35%) to his 361 votes, Addis said he learned a lot through the process.

“I knew it’d be tough to win on the first go around,” Addis said, adding that as of now he’s considering another run in four years. “I still have things I’d like to see changed in the county.”

He said he was happy getting 40% of the votes and has now navigated the steep learning curve that comes with running and even simply filing to run for office.

“We tried our best to get our message out,” he said. “I think it worked we just had a lot of people that were comfortable with Commissioner Bunting, and 90% of the time I agree with Jim.”

For his part, Bunting thanked voters for giving him the opportunity to represent them for another four years. He said he’d enjoyed talking to Addis at candidate forums and polling places.

“I am humbled that I got reelected for a fourth term,” Bunting said. “I had a good competitor and we got along well. He ran a good campaign.” 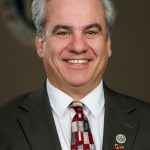 In the adjacent District 5, Bertino, who is finishing up his second term as commissioner, came out ahead of challenger Grant Helvey. Bertino received 508 votes (63.18%) while Helvey received 296 votes.

“I am so humbled to once again have the support of the Ocean Pines community,” Bertino said. “I really do look forward to continuing the work I’ve been doing on their behalf.”

He said he really appreciated the congratulatory phone call he received from Helvey the day after the primary.

“It demonstrates that even in a challenging campaign when it’s all said and done the will of the voters prevails and candidates can work together,” Bertino said. 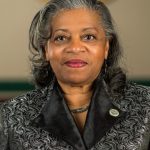 In District 2, Purnell will retain the seat she’s held since 2014 despite being challenged by Catherine Freeman. Freeman received 64 votes while Purnell received 311. Purnell thanked supporters and said she was eager to continue working for the betterment of the county.

“I’m very pleased my constituents came out and voted,” she said. “I thank them for it.”