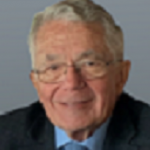 He was born in Elkins, W.Va. to the late Wilson L. and Louise B. Sharpless. Martin graduated from Alleghany High School in Cumberland and graduated with a Bachelor’s Degree in Business Management and Industrial Relations from University of Maryland in College Park.

In addition to his banking career, Martin was a member of The Greater Laurel Chamber of Commerce, Lion’s Club, Robert Morris Associates and American Bankers Association. He served his country for six years in the Army Reserves during the Vietnam conflict. Martin helped to support the First Generation College Bound endeavor. He participated in the “Christmas in April” event which helped with home improvements for others. He was treasurer of Harundale Presbyterian Church in Glen Burnie for five years. At Ocean Pines Community Church, Martin was a greeter and on the finance committee. He was also the treasurer for three years during the transition to a computerized system.

Love of basketball and a fan, Martin had season tickets for over 30 years to Maryland “Terps” basketball games; He also played basketball with friends until he was 58. Martin was a Severna Park Green Hornets basketball coach for all of his children. Martin also played tennis, racquet ball and golf. He also enjoyed skiing in Colorado.

Martin was self-taught when it came to fixing things. From the foundation to the roof, he built a laundry room addition to his second house and completed a large clubroom in his Severna Park home. As a car enthusiast, he took his British convertible TR6 completely apart and put it back together. He taught all four children how to drive that car which was a stick shift.

On his mom’s side of the family, John Browning came to settle in Virginia in the ship Abigail in 1621. His great great grandfather, Meshach Browning, wrote a book about his 40 years in the life of a hunter in West Virginia and Western Maryland. On his dad’s side of the family, Martin is the 10th direct descendant of John Sharpless who landed in 1682 in West Chester, Pa.

A memorial service was held on Sunday, July 10, 2022 at The Burbage Funeral Home in Berlin. In lieu of flowers, donations can be made to Coastal Hospice/The Stansell House, P.O. Box 1733 Salisbury, Md. 21802, The Community Church at Ocean Pines, 11227 Racetrack Rd. Berlin, Md. 21811, or The Worcester County Humane Society, 12330 Eagles Nest Rd. Berlin, Md. 21811. Letters of condolence can be sent to the family via www.burbagefuneralhome.com. Arrangements are in the care of the Burbage Funeral Home.

Born in Seaford, Del., she was the daughter of the late Doris Megee. 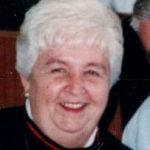 Deloris was the first female police officer on the East Coast and the first woman to graduate from the Ocean City Police Academy. She loved the Ocean Downs Casino, gardening, bingo, cooking and watching cooking shows on The Food Network. She had formerly worked as an assistant with Mayor Harry Kelley in Ocean City. She retired in 2017 after working 33 years for the government of South Bethany Beach, Del. as a municipal clerk and an administrator. She was also a member of the Delaware Municipal Clerks Association.

She is survived by her son, Gregory Scott Burbage of Ocean View; a brother, Douglas Megee of Salisbury; two sisters, Mary Jane Megee of Frankford and Betty Jean Rickards of Ocean View; and a niece, Pam Browne (Mark) of Dagsboro.

A funeral service was held at the Burbage Funeral Home in Berlin on Monday, July 11. Internment followed at Buckingham Cemetery on South Main Street in Berlin. In lieu of flowers, donations can be made in her name to the charity of your choice. Letters of condolence may be sent to the family via www.burbagefuneralhome.com.

Arrangements are in the care of The Burbage Funeral Home.

NEWARK — Lola Marie Bradford, age 95, passed away peacefully, on July 6, 2022, surrounded by her loving family, at her home in Newark. 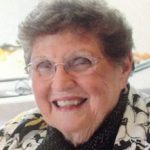 Born in Whiton, she was the daughter of the late Fred K. Adkins and Marie Tilghman Bradford. She is survived by her children, Ricki Harrington (Mike), Joan Scott (Jim), Teresa Bauer (Len) and Brian Bradford (Lori). She was an adored grandmother to 13 grandchildren and 26 great-grandchildren.

Lola graduated from Snow Hill High School, and Peninsula General School of Nursing. She had a long career as an acute care nurse, office practice, public health, and home health nurse. She was also a “special nursing consultant” to the entire community of family, friends and neighbors. Lola volunteered for Peninsula General Hospital, American Heart Association, Worcester County Health Department, Newark Volunteer Fire Company, and her Bowen/Trinity Churches where she was a member. She enjoyed traveling, dancing, playing cards, “frappes”, clothes, jewelry and good meals. The family would like to give a special thanks to her wonderful and empathetic care givers at her home in recent months.

A graveside service will be held on Sunday, July 17 at Trinity Memory Garden Cemetery, at 3 p.m. Friends may visit with the family one hour prior to the service in the Trinity Methodist Church. Pastor Shirley Evans and Pastor Zack Brown will officiate. Interment will be in Trinity Memory Garden. A donation in her memory may be sent to St Jude Children’s Research Hospital, 501 ST. Jude Place, Memphis, Tenn. 38105. Letters of condolence may be sent via: www.burbagefuneralhome.com. Arrangements are in the care of the Burbage Funeral Home in Berlin. 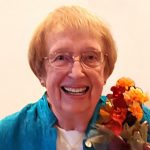 A celebration of JoFran’s life was held from 1:30 to 3:00 p.m. on Tuesday, July 12, 2022, at The Sedlacek Hall at Cottage Grove Place located at 2115 1st Avenue SE in Cedar Rapids, Iowa. JoFran was buried beside her husband in the Jordan’s Grove Cemetery in Central City, Iowa. Murdoch Funeral Home & Cremation Service of Marion, Iowa, is assisting the family.

JoFran was born on March 23, 1930, in Rio De Janeiro, Brazil, to Robert Richard and Eva Frances (Slapnicka) Kouba. Her father was employed there by the International General Electric Co. The family moved to Cedar Rapids, Iowa, when JoFran was three years old. She attended Cedar Rapids schools and graduated from McKinley High School. JoFran went on to attend and graduate from the University of Iowa in 1952, where she met the love of her life, James “Jim” C. Falcon. While attending, JoFran was president of the Alpha Delt Pi Sorority and elected to Phi Beta Kappa. On June 6, 1953, she and James were united in marriage. They enjoyed 63 years together before he passed away in 2016. JoFran was a teacher and Librarian / Media Specialist for 25 years with the Montgomery County Maryland School System. In June 1988, she and Jim retired and moved to Ocean Pines, Maryland to be near the Ocean City Beach. There she was active with the Ocean Pines Women’s Club, Garden Club, Library and Boat Club. JoFran was a member of the First Presbyterian Church of Ocean City. She was a member of the Board of the Mid-Atlantic Symphony Orchestra. JoFran established a program between the Symphony and the Worcester County Public Schools. Her work was recognized by the Yale University School of Music in 2015 with the “Yale Distinguished Music Educator Award”, “Commendation from the Worcester County Government”, “Certificate of Recognition from the Worcester County Public Schools” and an Ocean Pines “Gem”. JoFran will be greatly missed by all who knew and loved her.

She was preceded in death by her parents; husband, James C. Falcon; and several extended family members.

In lieu of flowers, memorials in JoFran’s memory may be made to either the First Presbyterian Church at 1301 Philadelphia Avenue in Ocean City, Md. 21842; or to Worcester County Arts Council at 6 Jefferson Street in Berlin, Md. 21811; or to Mid-Atlantic Symphony Orchestra at P.O. Box 3381 in Easton, Md. 21601; or a charity of the donor’s choice.

Please share a memory of JoFran at www.murdochfuneralhome.com under obituaries.

NEWARK — Warren George Bevard, age 54, passed away on Friday, July 8, 2022, peacefully at his home surrounded by his loving family. 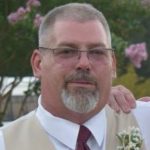 Born on July 9, 1967, he was the son of the late Ronald Bevard and Betty Livingston Bevard.

He worked as a mechanic for many years. Warren was a member of Bowen United Methodist Church of Newark. He was also a firefighter at Snow Hill Fire Department ending his volunteer services with the Newark Fire Department after many years. He graduated Snow Hill High School class of 1985. Warren enjoyed many things in life but most of all enjoyed spending time with his family and many friends and his dog Cletus.

He is survived by his wife of 33 years, Helen Bevard. Also surviving is his son, W. Drew Bevard (Amanda); daughter Jennifer Witt (Matthew); sisters Ronna Pishtey (Joe), and Beth Costello (David); grandchildren Liam, and Landon; numerous nieces and nephews and a host of friends. He is also survived by his mother-in-law, Charlotte Donaway, and brother-in-law Edward L. Donaway Jr. (Marylynn).

He was preceded in death by his parents as well as his father-in-law, Edward L. Donaway, Sr., and a granddaughter named Faith Bevard.

A full fireman’s service will be held at The Burbage Funeral Home in Berlin on Sunday, July 17, 2022, at noon. Friends may call two hours prior to the service. Interment to follow at Bowen Cemetery.

Letters of condolences may be sent to the family via www.burbagefuneralhome.com. Arrangements are in care of The Burbage Funeral Home.

Born in Baltimore, he was the son of the late Harvey E. Spurrier and Elizabeth L. Heagerty. 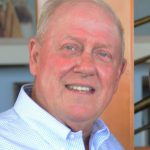 Greg grew up in Catonsville, graduated from Woodlawn High School and the University of Maryland with a degree in transportation. He worked in the transportation industry for most of his career. He enjoyed traveling and loved to play golf. After he retired, he split his time between Ocean City, and Venice, Fla.

He is survived by his wife, Carole Spurrier; a son, Matthew Spurrier (Kristin); a daughter, Hilary Fooks (Edward); a brother, Jeffrey Spurrier (Terry); and a grandson, Alexander Spurrier.

A private celebration of life will be held by the family in September. In lieu of flowers, donations can be made to the Harbour School, 1277 Green Holly Dr., Annapolis, Md. 21409. Letters of condolence can be sent to the family via www.burbagefuneralhome.com. Arrangements are in the care of The Burbage Funeral Home in Berlin. 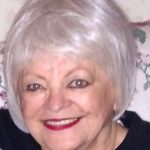 Born in Houtzdale, Pa., she was the daughter of the late Archie Becquet and Stella Bizak Becquet.

She is survived by her husband, Bernard Michels of Ocean City; two daughters, Barbara Phillips of Salisbury and Mary Louise Trahan (Michael) of Newark, Del.; and a grandson, Christopher Trahan. She is also survived by her sisters, Henrietta “Hedy” Wimbrow of West Ocean City and Minerva Mowery of Potomac, Md.

She was a graduate of Johnstown High School in Johnstown, Pa.

Mrs. Michels was a United States Navy veteran serving as a Seaman, and she had been a homemaker.

A Mass of Christian Burial will be held on Friday, July 15, 2022, at 11 a.m. at St. Luke’s Catholic Church in Ocean City. Rev. Paul Jennings will officiate. Internment will follow at Gate of Heaven Cemetery in Dagsboro, Del. In lieu of flowers, donations may be made to Coastal Hospice, PO Box 1733 Salisbury, MD 21802.

Arrangements are in the care of The Burbage Funeral Home. Letters of condolence may be sent to the family via www.burbagefuneralhome.com.