OCEAN CITY — Three Pennsylvania men and a juvenile were arrested last weekend for an alleged strong-armed robbery in the downtown area.

Around 3:45 a.m. on Saturday, Ocean City Police Department (OCPD) officers responded to the area of 20th Street and Philadelphia Avenue for a reported strong-armed robbery. Officers met with a 25-year-old victim from Baltimore, who informed police he had been assaulted by three males who had stolen some of his personal property, according to police reports.

The victim was treated at the scene by Ocean City EMS and was transported to Atlantic General Hospital for injuries related to the assault. The preliminary investigation revealed the victim and his assailants were acquaintances and had spent time at the suspects’ motel room before the assault occurred. 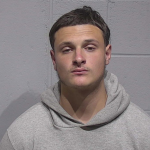 The suspects left the area before with the victim’s belongings before OCPD officers arrived on the scene. However, the victim was able to provide police with detailed description of the assailants. A short time later, OCPD officers observed three males walking in the area of 23rd Street and detained two of them. 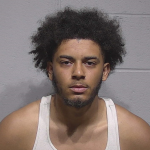 The suspects were identified as Jaden Mallery, 18, of Canonsburg, Pa.; and D’Andre Sampson, 18, of Johnstown, Pa. At that time, OCPD officers were able to recover some of the victim’s stolen property.

Additional OCPD officers responded to the suspects’ motel room in the area of 26th Street where they located another suspect, identified as Jelyjah Malcolm, 18, of Johnstown, and a 17-year-old juvenile also from Johnstown, according to police reports. During a search of the suspects’ motel room, OCPD officers located more of the victim’s stolen property, according to police reports.

OCPD officers were able to obtain surveillance video footage of the victim and the four suspects together before the assault occurred. 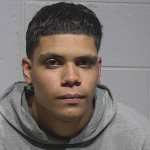