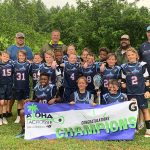 Meanwhile, the Aloha Lacrosse girls’ Beach Lax Festival was going on a 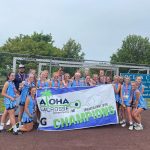 Northside Park in Ocean City all weekend. Saltwater Mid-Atlantic’s girls’ 2026 team ran the table, to win the title game in the “B” division.