REHOBOTH BEACH – Since opening in March 2021, Ocean View Brewing Company has won praise for its twist on beachy favorites. Consider fried green tomatoes with pizza accouterments – including marinara and pizza spice – and a fried lobster tail with glazed donuts.

But the Delaware brewpub has also quickly grabbed attention for its beer. The newcomer recently received a gold medal at the 11th Annual New York International Beer Competition. The winning entry, Got Waves, is a Kolsch-style beer.

Ocean View Brewing Company and its older sibling, Thompson Island Brewing Company in nearby Rehoboth Beach, are owned by SoDel Concepts, a hospitality group with 16 restaurants in coastal Delaware.

“I’m so proud of our ‘brew crew’ at both restaurants,” said Jimmy Valm, who manages brewing operations at the brewpubs. “Their creativity, skill and passion for brewing have given us a remarkable reputation in a relatively short amount of time.”

“We are known for brewing high-quality, world-class beers,” he said. “To see a gold medal for Ocean View Brewing Company so quickly after opening confirms that we are succeeding.” 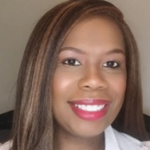 “I’m thrilled to have Kandis join our leadership team as we are stepping up restoration efforts for the bay in the face of emerging challenges,” said EPA Mid-Atlantic Regional Administrator Adam Ortiz. “Her experience as a strategic leader in the sciences and success engaging diverse communities and youth will help take the bay effort to a new level as we focus on climate change and vulnerable communities.”

“I’m extremely humbled and excited to work with a forward-focused team of specialists and experts to advance the ongoing work of EPA and the Chesapeake Bay partners,” said Boyd.  “I’m ready to dive in and get to work on the most pressing matters before us.”

She previously served as the strategic advisor for the National Science Foundation’s (NSF) Office of Equity and Civil Rights. Boyd championed key agency-wide initiatives to broaden participation and to reduce the gap between future STEAM careers and experienced professionals needed for these positions, particularly in the areas of diversity, equity, inclusion, and accessibility. Her previous position included serving as the first deputy division director of the NSF Division of Grants and Agreements, in which she provided oversight and direction for 35 individuals, a $5 billion budget, and over 12,000 new grants annually.

Boyd was the first African American female to receive an undergraduate degree in meteorology from Iowa State University in 1996. After receiving her degree, she began her career at the National Oceanic and Atmospheric Administration (NOAA).  Her NOAA career highlights include spearheading the Turn Around Don’t Drown program, delivering around-the-clock on-site meteorological forecasts during the 2005 landfall of Hurricane Katrina and serving as the designated federal officer for the third National Climate Assessment Development Advisory Committee, to name a few. 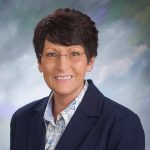 SALISBURY –  John W. Breda, president and CEO of The Bank of Delmarva, recently announced that Shelly Whaley was promoted within the company.

Shelly joined the bank in July 2007, and was recently promoted to the role of AVP – training officer. Whaley, who resides in Laurel, Del., with her husband Kevin and her daughter Sierra, previously served as assistant cashier – training department.

The Bank of Delmarva has 11 locations in the Eastern Shore of the Maryland/Delaware metro market. Offering a full range of deposit and lending products and services.

REHOBOTH BEACH – Cambria Hotels, an upscale brand franchised by Choice Hotels International, Inc., continues to expand its sought-after, design-forward accommodations to popular markets across the country with the official start of construction on the Cambria Hotel Rehoboth Beach in Rehoboth Beach, Del. Expected to open in spring of 2024, the four-story, 114-room Cambria will mark the brand’s first property in Delaware when it debuts.

“The groundbreaking of the Cambria hotel in Rehoboth Beach represents another proud moment for the brand and is the fourth official groundbreaking in less than two weeks,” said Janis Cannon, senior vice president, upscale brands, Choice Hotels. “This Rehoboth Beach milestone marks Cambria’s entry into Delaware – and celebrates our continued collaboration with Pinnacle Hospitality as we grow the Cambria footprint throughout the region – but also because it commemorates yet another fantastic destination modern travelers who know and love the Cambria brand will soon have access to.”

Located at the intersection of John J. Williams Highway and Beebe Road, the Cambria Hotel Rehoboth Beach will be located just minutes from popular Delaware beaches, including Rehoboth Beach, Dewey Beach and Lewes Beach. After a day on the water, future guests will also be able to enjoy easy access to the city’s award-winning boardwalk and will be just a short drive from top area attractions. The Cambria Hotel – Rehoboth Beach will feature upscale amenities and approachable indulgences that appeal to modern travelers.

The Cambria Hotel – Rehoboth Beach was developed by Tauhid Islam of Pinnacle Hospitality Group, one of the largest hotel developers in Maryland. The company is a partner in the Cambria Hotel Ocean City – Bayfront.