SNOW HILL — A West Ocean City man was sentenced to 15 years in prison this month after pleading guilty to attempted second-degree murder for the stabbing of his roommate last year.

Said Espinal-Duenas, 33, of West Ocean City, on Aug. 19 pleaded guilty to attempted second-degree murder for the August 2020 incident. Back in court last Friday, Espinal-Duenas was sentenced by Worcester County Circuit Court Judge Beau Oglesby to 15 years in the Department of Corrections.

On August 30, 2020, the Worcester County Bureau of Investigation (WCBI) was called to assist the Maryland State Police (MSP) with a stabbing that had occurred at a residence on Harbor Road in West Ocean City. The victim was immediately transported via helicopter to Shock Trauma in Baltimore where he was effectively treated for multiple life-threatening stab wounds to his torso. 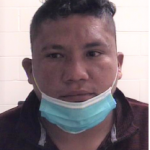 MSP troopers were able to identify the victim’s roommate, Espinal-Duenas, as the suspect and located him nearby with the assistance of witnesses. Witnesses informed investigators Espinal-Duenas had been angry because neighbors were complaining about him playing loud music.

“We are thankful that, with the help of his son’s quick thinking, first responders’ actions, and the medical staff’s dedication, the victim was able to recover from the serious injuries inflicted on him as a result of this terrible incident,” she said. “Those who might seek to do harm in our community should take note of this sentence and think again.”