OCEAN CITY — One week after debating the town’s budget manager over the use of some of the town’s growing room tax revenue, Councilman John Gehrig this week launched into lengthy dissertation on his vision for the resort.

Gehrig on Monday used his time at this week’s council meeting to read into the record a long email he sent to his colleagues on the council outlining his perception of where Ocean City is and urging a continued push forward in the future. The speech came a week after Gehrig was critical of Budget Manager Jennie Knapp over the use of a percentage of the town’s room tax revenue to pay for added expenses caused by special event.

“Right now, we are at a critical time in the future of Ocean City,” he said. “As leaders, we need to decide who we are, who we want to be and how we are going to get there.”

Gehrig suggested to his colleagues the time was now to make pointed decisions about the future and not just general concepts.

“In the past, we have made some general decisions, but we have not set expectations,” he said. “This has led to roadblocks seemingly every step along the way. We are persistently faced with lack of action, lack of fire, and lack of desire. This allows the status quo to reign. I am not saying that my way is the right way or the only way, but someone needs to rise up and get the conversation started. We need to make some decisions and mandate them while establishing clear goals, objectives, timelines, and accountability.” 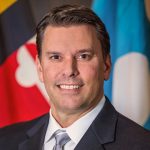 Gehrig said the town is currently in the midst of a philosophical debate with regards to the room tax discussion. He said on the one hand, there is a status quo government control with a tax and spend mentality. On the other side, there is a business-minded growth approach that encourages reinvestment in the town’s product.

“The first side thinks tourism is the cause of all of our problems and uses fear to paralyze us, while the other side states tourism is the source of our solutions and uses bold ideas to propel us forward,” he said.

Gehrig essentially said the two prevailing philosophies were standing in the way of accomplishing the town’s ultimate growth goals.

“The trouble with the government control model is that we have allowed the market to expand already,” he said. “We welcomed the re-development and increased tax base that came with new hotels, new condo buildings, and new construction, in general. Further, we hired a director of tourism and business development who has generated revenue and is formulating a plan. Doing these things sacrificed the status quo mindset. We now need to grow in order to support those projects, the businesses that we permitted to open, and the new director of tourism. If we went through all the effort to make that hire, shouldn’t we ensure that he has the tools he needs to succeed?”

Gehrig said his dissertation was not a means to put forth his own ideas, but rather a call to action for some of his colleagues.

“To be clear, I am extremely bullish on Ocean City,” he said. “People want to be here. We see this with the visitors who are visiting Ocean City for the first time and in the conferences we are attending. We experienced the highest room tax in the history of Ocean City.”

Gehrig said room tax contributed roughly $11 million to the general fund to pay for services residents and visitors expect. He said of that $11 million, over $1 million in unbudgeted “surprise” revenue paid for new hires budgeted this year including 10 police officers, six EMTs and a communications operator.

“We have an all-time Ocean City record with almost $30 million in the bank,” he said. “This unassigned fund balance climbed to a record 36%. This is almost double the goal we established five years ago during our strategic planning session. This is very exciting. Real estate demand is high, property owners are making upgrades and new businesses are opening.”

Gehrig pointed to the town’s recent financial successes as an even better reason to keep pushing forward.

“There is incredible momentum,” he said. “Now is the time to push forward with full force and vigor, not retreat into our comfortable hole. We appreciate and learn from our past but press forward by looking through the windshield and not the rear-view mirror.”

Gehrig said resort leaders often make promises at election time, but there is often little or no follow-through.

“We all make promises to our residents each election cycle,” he said. “Now is the time to decide if those were just words. Will we be bold and take action to honor those campaign promises? Or will be scared to move and rely only on our taxing power? Do we want a typical government mindset or a proactive, exciting business approach that takes advantage of our momentum? Either way, let’s make a decision and set clear and actionable objectives for our staff. You know where I stand.”