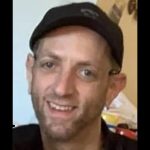 Born in Salisbury, he was the son of Earl “Tim” Price and Mary (Todd) Price of Berlin. Along with his parents, he is survived by his brothers, Matthew and Jonathan Price, both of Berlin; sister Amy Brooks and her husband David of Willards; paternal grandmother, Frances D. Price of Selbyville; and maternal grandmother, June R. Todd of Ocean City. He was preceded in death by his paternal grandfather, Earl Price Sr., and maternal grandfather, Omar W. Todd. Also surviving are several beloved aunts, uncles, nieces, nephews and cousins. Chris leaves behind many good friends and his “Shenanigans family” which were so very much a part of his life.

Chris was a 2002 graduate of Stephen Decatur High School and had been employed as a waiter in Ocean City. He had a smile that could light up the darkest room. He loved warm weather, skate boarding, surfing and of course, living at the beach. An animal lover, especially cats, he wanted to save every cat that came his way.

Cremation followed his death. A celebration of life will be announced at a later date. A donation in his memory may be made to the Worcester County Humane Society, P.O. Box 48, Berlin, Md. 21811. Letters of condolence may be sent via www.burbagefuneralhome.com.

Earlier this year, Pat was preceded in death by her beloved husband, Joe, of 61 years. Together, they had three children, sons Joseph James Dyer (Teresa) and Michael Dean Dyer, Sr. (Ellen) and daughter Tami Marie Dyer (D). She leaves behind to cherish her memory 10 grandchildren, Michael, Daniel, John, Steven, Becca, Brad, Lindsay, Alex, Danny and Megan; 17 great grandchildren; her brother, Thomas (Butch) Pierce; and many nieces and nephews. In addition to her parents, she was preceded in death by her brother, John Pierce, and sister, Ginger Ward. She also leaves behind her faithful dog, Smokey.

Pat was an amazing wife, mother, grandmother, great grandmother, sister, aunt and friend. She will always be remembered for her faith in God, her love of family, her 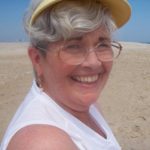 laughter, love of gardening and making crafts and personalized greeting cards which she shared with those that she loved.

Pat was a retired Registered Nurse (RN) in Charles County, Md. prior to her retirement to the Eastern Shore. She held an Associate’s Degree from College of Southern Maryland. She was a member of St. Mary Star of the Sea-Holy Savior parish where she served for many years as an Extraordinary Minister of Holy Communion and in the ministry to the sick at Berlin Nursing and Rehab Center. She previously served as a volunteer with Coastal Hospice for over 15 years and was awarded the Coastal Hospice “Heart of Hospice” award in 2006.

A Memorial Mass of Christian Burial will be at Holy Savior Catholic Church, 1705 Philadelphia Ave, Ocean City on Wednesday, Oct. 27, 2021 at 2 p.m. Due to COVID restrictions, there will be no visitation in the church prior to Mass and masks are required. In lieu of flowers, Memorial donations may be made to United Needs and Abilities, 688 E. Main Street, Salisbury, Md. 21804 or Coastal Hospice, PO Box 1733, Salisbury, Md. 21802.

Arrangements in the care of Eastern Shore Cremation and Funeral Service. To give condolences, visit www.easternshorecremation.com. 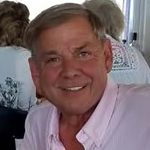 Mark is survived by his four brothers, John, Blaine, David and Tom.

Mark came to Ocean City in 1975 and started The Necklace Lab Jewelry store on the Boardwalk at N. Division St. In 1987 he branched out and started Mark Douglas Jewelers which he operated with his partners. Mark also had jewelry stores in Salisbury, Towson, and Glen Burnie.