The issue arose in mid-September when Councilman Mark Paddack allegedly commented on a Facebook story of a recently-married woman while the couple was honeymooning in Italy. In a picture from the honeymoon, the woman’s husband, Bobby Hammond, whose family owns and operates Atlantic Physical Therapy, was apparently seen wearing a baseball-style cap backwards. Paddack, in a Facebook story comment sent to Hammond’s wife, allegedly posted the following message deemed inappropriate and flirting with racism: “Tell the dude to turn his hat back where the white designed the hat to be worn. Where I come from, that is a punk. Immature POS.”

When the Mayor and Council learned of the alleged offensive post, Council President Matt James during the next meeting asked Paddack to consider taking a leave of absence, a request supported by others on the council. Paddack did not step down and has continued to assert his social media account was hacked. He said he retained an attorney and had reached out to the sheriff’s office to conduct an investigation.

In the weeks since, James has continually asked Paddack for an update into the investigation to no avail. In the meantime, the town’s elected officials have continued to be questioned by the public on the status of the investigation and Paddack’s status on the council. On Monday, Council Secretary Tony DeLuca made a motion to publicly censure Paddack over the alleged social medial comments.

“I make a motion to censure Councilman Paddack in relation to his behavior surrounding the September 11, 2021 Facebook messaging and his actions since that have failed to satisfactorily address the situation that occurred,” he said. “I believe the conduct was not becoming of a councilmember and, therefore, he deserves to be censured. His actions were not representative of this council and I believe this public censure places the council’s disapproval of the incident on the record.”

For the record, a public censure is just that. It’s the elected body’s way of putting into the public record it does not support or endorse the alleged comments, but rather condemns them as coming from one of their own. The council ultimately voted 4-2 in favor of the public censure with Paddack obviously opposed. The other nay vote came from Councilman Frank Knight, not necessarily because he didn’t support it, but rather because he only learned of the intent on Monday afternoon. Councilman Lloyd Martin was absent from Monday’s meeting.

“I’m just not prepared to accept this motion today,” said Knight. “I didn’t hear about this until 3:30 p.m. this afternoon. I just need a little more time to digest this. I called the sheriff’s department myself to see what was going on with the investigation and I was told I’d have to wait. I also think this should be done with the full council.”

For his part, Paddack in the weeks following the comments has been decidedly mum on the issue, only asserting he had initiated an investigation with the Worcester County Sheriff’s Office to determine his social media page was allegedly hacked. With his colleagues preparing to vote on a public censure, Paddack was decidedly more vocal on the issue on Monday. 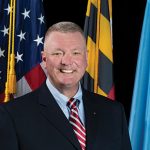 “So, it looks like you are trying to back-door me,” he said. “You’re not allowing me to continue the process I said I was doing. I don’t control the sheriff’s office, nor do I control the other entities that are looking into this matter. You’re showing a consistent cancel culture impatience. You are assuming I am guilty and you’re back-dooring me in public and trying to admonish me by saying you’re going to censure. Under what authority under the charter can this be done? There has been no crime committed here. What authority does the council have to do this behind my back?”

City Solicitor Heather Stansbury explained what the prepared public censure meant and what the town’s charter does or does not allow under the circumstances.

Stansbury explained there is nothing in the charter that calls for a removal from office under the alleged circumstances.

“In your charter, there is language about removal from office or disqualification from office, but there is nothing here that would meet those requirements,” she said. “If a member wants to publicly censure you, he or she is welcome to do that, and the motion can or cannot carry, but that would be the conclusion of the matter from a public body standpoint.”

Paddack was inconsolable about the pending vote for public censure.

“It’s childish and it’s unnecessary,” he said. “You guys do what you want. There’s an election coming up. Go ahead and do it.”

Councilman John Gehrig said the majority of the elected officials had already condemned the alleged comments publicly, but a vote for public censure merely put their collective opinions on the record.

“I guess it officially puts it on the record that we condemn the language, whomever posted it,” he said. “Basically, we’ve already said that, but this formalizes it.”

James said he and his colleagues continue to field questions about the alleged incident through phone calls, texts, emails and when out in public.

“We’re still getting questions, and getting accused of sweeping it under the rug,” he said.

Paddack focused his rebuke of the pending public censure on James.

“It looks like you’re not being a team player,” he said. “What’s your motive here? You bring it up every week. I told you I do not have the reports. I have a colleague that called the sheriff’s department and he doesn’t have them. You don’t have any evidence.”

Councilman Peter Buas said much has time has passed without any conclusion on the issue.

“It’s been six weeks without an update and that’s unacceptable,” he said. “Not even a single this is what has happened so far. That’s just unacceptable.”

Paddack then turned his attention on Buas.

“You’re an expert on computer forensics?” he said. “You’ve worked in law enforcement and know how long criminal investigations take? In this case, it’s not even criminal at all. It hasn’t even been proven and you’re sitting here talking like it’s a criminal case. I think this is ridiculous with your efforts to undermine me. I’ve been a team player up here and I’ve done nothing wrong.”

“Somebody decided they wanted to turn a simple incident into racism, and I deplore racism, but to take what’s out there and turn it into that matter it has become is ridiculous and I hold you council president responsible,” he said.

Paddack continued to allege his social media account was hacked and said the investigation would determine that.

“This allegation against me was not on my council page,” he said. “This was on my personal and private Facebook page, for which I have no clue where it came from. I asked for some time. You can say six weeks all you want, but I’m not the one who controls that. I told you the truth. I don’t have the document. I think I’ve been very reserved and very respectful, but this is disrespectful to me as your colleague. You’re just taking something written on social media as journalism and make up whatever you want. You’re fueling the fire over what? There is no crime here. I hope to God none of you commit a crime.”

“Just to clarify, nobody is accusing you of committing a crime,” he said. “We’re simply saying we do not support the behavior of what has been reported.”

Paddack responded back, saying it was James who, in the first meeting following the alleged social media comments, asked him to consider taking a leave of absence.

“You were trying to get me to resign,” he said. “That’s why I hired a lawyer. There is a lawyer standing behind me. What authority do you have to ask me to take a leave of absence? The voters are the ones who put me in office. You’re fueling the fire. You’re going to be running for office in a year. I may or may not be running in a year. If I didn’t make those comments, are you going to sit up here and apologize to the public for being wrong? Think about it.”

For his part, James said he hoped the investigation determined Paddack did not make the comments as alleged, and called out his colleague for not publicly denouncing the comments, whether he made them or not.

“If you can prove they came from someone else’s device, I would prefer if that was the case honestly,” he said. “I would love to stop getting the questions from people who are accusing us of sweeping this under the rug. We’re getting tagged on Facebook asking that you be removed. I explain the charter does not allow that. This is all we can do. All we can do is condemn the comments that were made. Until a couple of minutes ago, you hadn’t condemned them. You haven’t denounced racism in six weeks until a couple of minutes ago. We continue to get questions from the public. This is our opportunity to let the public know we do not support what was said and that we condemn that behavior. No one has accused you of a crime and no one is calling for you to step down. This just let’s the public know where we are.”

In the end, the council voted 4-2 to approve the public censure, with Paddack and Knight opposed and Martin absent.