BERLIN – The Board of Trustees for Atlantic General Hospital/Health System has announced a search committee to assist with the appointment of its next president and CEO.

Aaron Finney was appointed to the Atlantic General Hospital Board of Trustees in 2020 and now serves on the Finance Committee and the Information Technology Steering Committee. A native of the Eastern Shore of Virginia, Finney returned to the area in 2000 with his family to live in Ocean Pines. He is president and CEO of TRGroup, Inc., a United States SBA certified information technology and security consulting firm that is focused on helping government and commercial institutions operate more efficiently and securely in today’s marketplace. Finney began supporting the hospital as an Atlantic General Hospital Foundation member, before serving on the Foundation Board of Directors for six years.

Oswaldo Nicastro, MD joined Atlantic General Health System in 2017 from St. Francis Healthcare in Wilmington, Del., where he was medical director of outpatient family medicine and charity services for nine years. He completed a residency at St. Francis Family Practice in Wilmington, Del., and obtained his medical degree from University of Guadalajara in Mexico. He is a member of the American Academy of Family Physicians and is board certified in family medicine. Nicastro practices at Atlantic General Primary Care in Ocean Pines.

Andi West-McCabe has more than 24 years of experience in healthcare leadership and management. She serves as the director of emergency services at Atlantic General Hospital, a role she has held since 2001. She holds a bachelor’s degree in nursing from Salisbury University and a Master of Science in healthcare administration from Wilmington University.

Stephen Waters, MD is a primary care physician at the Townsend Medical Center, in Ocean City. He received his medical degree from Georgetown University Medical School in Washington, D.C., and completed his internship and residency at Franklin Square Hospital in Baltimore. Waters is board certified by the American Board of Family Practice and was elected as the first chief of the medical staff at Atlantic General Hospital. He filled the position of interim President and CEO for the organization in 2005. Waters also served as a member of the Board of Directors and as medical director for AGH for 15 years.

Janet Mengel is a past president and current board member with the Atlantic General Hospital Auxiliary where she serves as membership and recruitment coordinator. She also served as a volunteer for the Court Appointed Special Advocate (CASA) program for children on the Lower Shore and a member of The Cricket Center Foundation for the past 5 years. Before moving to the Eastern Shore, Mengel worked for the Howard County Office on Aging as an activity director for a Senior Plus program.

Jonathan Bauer is the vice president of information systems for Atlantic General Hospital. He joined Atlantic General in 2017 from Somerset Hospital, in Somerset, Pa., where he first led a healthcare organization through all the stages of meaningful use and achieved Most Wired status, the premier award program for healthcare IT. Jonathan holds a bachelor of science in physics from Slippery Rock University and an MBA from Waynesburg University in Pennsylvania.

Michael Marshall is president and CEO of Marshall Hotels & Resorts, headquartered in Salisbury. During his 35-plus year career he worked in virtually every position within a hotel before overseeing the company’s current portfolio of managed properties. Marshall regularly speaks at the industry’s leading conferences, providing candid insights into hotel management and investment. He received a Bachelor of Arts degree from Washington and Lee University in Lexington, Va., and completed the Advanced Management Program at Cornell University.

“While the Board of Trustees will ultimately appoint our new president and chief executive officer, the search committee will be instrumental shaping criteria for our candidates and in the review and assessment of applicants” said Greg Shockley, chair of Atlantic General Board of Trustees. “With the help of our search committee we are committed to finding candidates who will lead our AGH caregivers in advancing our coordinated care system as an independent community hospital to provide access to quality care, personalized service and education to care for the residents of and visitors to our community.”

A formal timeline has not yet been established, but it is expected a search firm will identified in the coming weeks with the goal of assessing candidates through the fall. 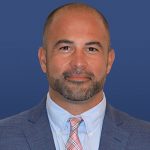 Born in Salisbury, Matthew Giardina attended WPS from kindergarten through ninth grade, and from there he attended Christchurch Boarding School in Urbanna, Va. At Christchurch he was involved with several sports including lacrosse, football and sailing. After graduating from Christchurch in 2003, Giardina enrolled at Flagler College in St. Augustine, Fla. where he earned a Bachelor’s Degree with concentrations in economics and finance. After graduating from college, he worked with family businesses in Ocean City, working his way up to vice president of operations for Bayshore Development and Time Inc. Giardina and his wife, Jessica, have two children who attend WPS, Abraxas ‘29 and Kingsley ‘32. In addition to his involvement with WPS, he has also been active with the Atlantic General Hospital Foundation Board and the Joan Jenkins Board. In his free time, he is an avid outdoorsman. 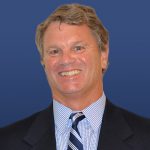 Born and raised in the area, Lewis is a 1986 graduate of Worcester Preparatory School. His father, Lloyd, was a founding member of the school and long-serving trustee before his death this year. After graduating from Towson University, Lewis returned to the area and assumed the role of vice president for the family businesses, M.R. Ducks and Talbot Street Pier. Along with his brother John, and their wives, they oversee all aspects of the business. Lewis and his wife, Kristin, have one son, Turner.

Silicato-Miller was born in Milford, Del. and attended college at the University of Delaware where she earned a Bachelor of Science in Business 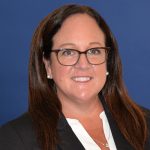 Administration in Finance and Marketing, followed by a Juris Doctor degree from Widener University School of Law.  Currently, Silicato-Miller is the vice president of Silicato Development, Commercial Real Estate and Development. She is also the vice chair of the Greater Milford Boys & Girls Club Board, and co-founder of a non-profit entity, the Great Futures Fund, that benefits local Boys & Girls Clubs and children of need in Sussex County. Silicato-Miller, and her husband Alexander, have two children attending WPS, Frank ‘25 and Mac ‘28. 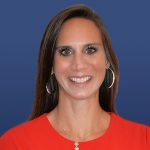 Emily Tunis grew up in Mt. Airy where she attended South Carroll High School. She graduated valedictorian of her high school class, as well as played volleyball and softball.

In 2005, Tunis graduated from Washington and Lee University (W&L) with a Bachelor’s Degree in Physics and Mathematics. At W&L, she was the President of Kappa Alpha Theta Sorority and played volleyball. Tunis was recognized with the W&L Distinguished Young Alumna Award in 2015 and was inducted into the W&L Athletic Hall of Fame in 2018. After graduation, Emily moved to the Washington, DC., area where she worked as a contractor for the Department of Defense. In 2010, she received a Master’s Degree in Systems Engineering from Johns Hopkins University.

Tunis moved to Ocean City in 2012 and is currently the president and chief operating officer of Hardwire, LLC in Pocomoke City, which was founded by her husband, George. She has two stepchildren, who graduated from Worcester Prep, Grace ‘16 and Owen ‘19. Her daughter, Ellie ‘35, is a current pre-kindergarten student and her youngest, Brooklyn, will join her sister in just a few short years. In addition to her commitment to WPS, Tunis serves as the Vice Chair of the Atlantic General Hospital Foundation Board, the Chair of the W&L University Science Advisory Board, and a board member of the Maryland Manufacturing Extension Partnership.

OCEAN CITY — The Greater Ocean City Chamber of Commerce is seeking workforce scholarship applications in Worcester County. Scholarships will be awarded to those who either reside or are employed in Worcester County and want to pursue career advancement. To apply visit www.occhamberfoundation.org.

“Our future is only as bright as our people, and Worcester County businesses are in need of increased staff and workforce development initiatives. Our yearly scholarships go to those residents who wish to expand their areas of expertise and apply those skills to local businesses, or start a business of their own,” said Lachelle Scarlato, executive director of the Greater Ocean City Chamber of Commerce.

SALISBURY — Two more leases were recently completed at the Salisbury Promenade located at 2618 N. Salisbury Blvd. The center is located on the north end of town near Lowes, Walmart, Sams, and other national retailers.
Tonney Insley and Brent Miller, of SVN Miller Commercial Real Estate recently completed a lease deal with BluFox Wireless which is an authorized Xfinity Wireless dealer. The lease was negotiated with Joe Botzler of JLL and brought yet another national franchise to the Salisbury area on the North side of town.
Kelly Jeter of SVN Miller, represented The Nail Story, a new high-end nail salon to Salisbury. Nail Story will offer manicure and pedicure services in an inviting, relaxing environment for clients to enjoy.
The Salisbury Promenade was purchased by a local partnership in December of 2019 and has seen much change since then, including other new tenants like Mission BBQ and Eyemart Express. These latest lease deals leave only one 2,500 square foot vacancy and there are national prospects exploring the last unit.
“We have been very pleased with the exposure and reach that the Salisbury Promenade has received, and these last few deals are evidence of what SVN is capable of accomplishing”, said a representative of the owner, Salisbury Promenade,
LLC.