BERLIN — William Pace Hunter “Bill”, beloved father, friend, and member of the “shore family,” died suddenly of natural causes on Sept. 22, 2021, in Berlin. He was born on 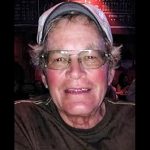 To his friends and family, he was larger than life with a brilliant sense of humor and wit. He spent his career at IBM and retired at the age of 51 to Berlin where he and his beloved wife Karen built a home on the water and spent time much time on their boat. He was passionate about “his” town of Berlin and thrived in being a small-town guy. He loved attending every festival and concert possible and was always ready with a funny story from his debut as an extra in “Runaway Bride,” which was filmed in Berlin.

First and foremost, Bill was a loving father who provided many extraordinary times throughout the years and was always there for his daughters. He was never judgmental and relished in hearing of their adventures. He would send random, odd gifts in the mail and always had them smiling and laughing their whole lives.

Bill created a myriad of his own “signature” words and if you were extra special, he would adorn you with a ridiculous nickname, like his daughters “Noodle” and “Herman.” A tribute to his generous and caring nature, dozens considered Bill their “best friend.” But even his closest friends had trouble keeping up with Bill. He regularly rode 40-60-miles on his bike, walked the “boards”, played golf, and went to the gym. If anyone knew Bill, they have tons of “stories” of various escapades that go back decades. Besides being the main character of his friends’ stories, Bill was also an amazing storyteller himself. He captured your attention from start to finish. Bill had an unmistakable laugh that will never be forgotten by those who loved him. He brought his larger-than-life energy into whatever room he entered in a positive uplifting way.

Bill was an incredibly giving person to his friends and community. If you were a friend in need, he would find a way to make it seem like you were doing him a favor by accepting what he was offering. He was always there to give you a ride, do some internet research or simply listen. He spent countless hours assisting the Noel Community that provides meals to the less fortunate in the community. A fellow Noel Volunteer said of him, “Bill was the Noel Community” and that “Bill did everything”. He was the first to volunteer for any need, regularly made the lunches, was “chief Chef” for weekend breakfasts, and, through his vast network of friends, secured generous donations that help fund the program year-round.

Bill was one in a million and when someone is larger than life, it’s all the more difficult for those left behind.

He is survived by his daughters, Michele (Herman) Slade and Jenny (Noodle) Quinn. Other survivors include his grandchildren, Hunter Slade, Amanda Slade, Bailey Lynch and Graham Lynch; his step-grandchildren, Lauren Reece, Alexa Gutschenritter, Jackson Quinn and Sam Quinn; his great grandson, Kai Slade; and his cousins who were like siblings, James Somes, Barbara Doane and Suzanne Raeside. He was preceded in death by his beloved wife, Karen Doster-Hunter and his parents, Frank Hunter, and Barbara Pace Hunter.