BERLIN – The 29th annual Berlin Fiddlers Convention returns this weekend to showcase a variety of well-known bluegrass acts as well as some talented young performers.

With last year’s event canceled because of COVID-19, organizers are thrilled this year to be able to once again welcome visitors to town for Berlin’s largest festival. The Berlin Fiddlers Convention is set for Sept. 24-26 on Main Street.

“Like all of our events, this one is done to showcase the town,” said Steve Frene, deputy director of the Berlin Chamber of Commerce. “In addition to great music and vendors, you get the whole Berlin experience. You get the best of both worlds.” 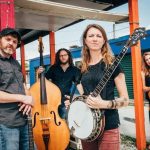 This year’s event will feature local and regional bluegrass musicians performing on Main Street. The event kicks off Friday at 7 p.m. on the Sterling Tavern North Stage with performances by The String Buzzards and The Gina Furtado Project.

On Saturday, from 10 a.m. to 5 p.m. attendees take in everything the Berlin Fiddlers Convention has to offer, with shopping, artisan wares, food and kids activities. Music is planned for 11 a.m. to 5 p.m. on the Taylor Bank South Stage. The music kicks off with performances by the musicians who won each contest category. For the first time this year, rather than have competitors wait and perform one after another to be judged live Saturday, contestants submitted videos and were judged in advance. Only the nine category winners will perform Saturday.

“For the spectators it’ll be much more streamlined,” Frene said, explaining that there wouldn’t be lulls as organizers located competitors and called them to the stage. “We won’t have all the management the day of.”

He said the increase in virtual events during the worst of the pandemic prompted him to consider submission videos rather than live competition.

“We got thinking if we had competitors submit videos we could look at participants from a broader base,” he said. “Instead of live judging the judging will have already been done. It’ll be the best of the best performing.”

He said the change would also address concerns of past competitors who opted not to come back because of the expensive price of staying in the resort area during the shoulder season. This way the musicians attending know they’ve already won some prize money.

The festivities wrap up Sunday with the traditional Sunday Gospel and Bluegrass Jamboree. Featured will be Berlin’s own Stevenson’s Crossroads and former Berlin Fiddlers Convention Best Band winner Blue Crab Crossing. For the first time, this year’s Sunday performances will be held on Main Street as part of the Berlin Farmers Market.

Parking will be available in the regular town lots and Frene said there were some handicap spaces at the Berlin Welcome Center. Parking will be available for a donation at the Berlin Fire Company and Buckingham Presbyterian Church. Saturday attendees are encouraged to park for free at Berlin Intermediate School, as the Ocean Downs Casino bus will shuttle people from there to J&M Meat Market from 11 a.m. to 6 p.m. on Saturday. For more information visit berlinchamber.org.