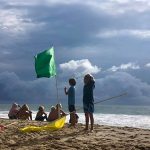 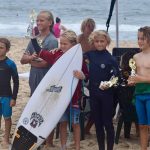 These young groms were among the winners in several divisions during the Delmarva ESA chapter’s last contest of the year last weekend. Submitted photos

In the boys’ under-16 final, Gavin Bren was first, Malonga Chatel was second, Joey Biasoto was third, Logan Dawson was fourth, Jonah McCann was fifth, and Dillon Scopp was sixth.