BERLIN — The real estate market continues to trend upwards, with rising home prices and a lack of inventory dominating discussions. No doubt if you have tried to buy a 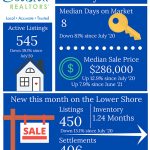 A snapshot of July real estate activity is pictured courtesy of the Coastal Association of Realtors.

home in the last few months you have found it challenging to say the least. There is hope on the horizon though, as there is a trend of more homes coming on the market.

Overall, in the three counties, new settlements during July were down 24.3% compared to the same time last year. Individually, new settlements throughout July were up by 1.4% in Wicomico and 30% in Somerset, and down 36.5% in Worcester.

New listings in June were down 13.1% compared to the same time last year in all three counties. Individually, new listings were up by 6.3% in Wicomico, and 8.6% in Somerset, and down 23.5% in Worcester from July of 2020.

The Median Cumulative Days on Market (CDOM) for July was eight, or 81% less than the same time last year.

“Inventory is still at historic lows and home prices are continuing to rise, but we have seen a glimmer of hope over the last few months, with more new listings being added to the market than new settlements,” said Coastal Association of Realtors President Joni Martin Williamson. “If we are going to get back to a more balanced market, then we are going to need to see more listings added to the market each month beyond what is being purchased. We need to get our inventory up to sustainable levels. We would like to see 8-12 months of inventory available for homebuyers. For the last few months new listings have been greater than settlements and that is a good thing. If we can encourage new listings and new construction, we can make sure the market stays healthy and vibrant.” 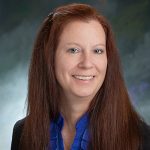 Wagner has 24 years of banking experience, including 15 years in commercial lending. She has served as a board member for the YMCA, the American Breast Cancer Foundation and Carson Scholars Fund. She and her husband Steve have resided in Maryland for over 50 years, where they raised their six children. 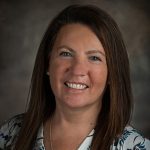 Network’s Diabetes and Endocrinology Center, where she cared for patients with Type 1 and Type 2 diabetes, thyroid conditions, polycystic ovary syndrome and other endocrine conditions. In her new role with AGHS, she will focus on diabetic care and thyroid conditions.

Morales has been a member of Delmarva’s medical community for more than nine years, with a background in diabetes and endocrinology as well as urgent care and family medicine. She received her Bachelor of Science in nursing at Salisbury University School of Nursing in 2006, subsequently working as an ER nurse at Peninsula Regional Medical Center while earning her Master of Science in nursing at Salisbury University and her nurse practitioner certificate.

Morales also holds a Bachelor of Science in biochemistry from Universidad de Santiago de Chile. She is board certified by the American Academy of Nurse Practitioners and is certified as a medical interpreter for Spanish speaking patients. 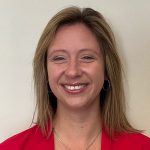 OCEAN CITY – Bank of Ocean City President/CEO Reid Tingle, along with the Board of Directors, recently welcomed Kimberly Duvall as branch manager of the Berlin office as the newest addition to the staff.

Duvall joins Bank of Ocean City with over 13 years of banking management experience. She brings with her a vast array of knowledge in banking and leadership. She is committed to providing an outstanding customer experience. Duvall has relocated from New Jersey, were she worked for PNC and Unity Bank. She is looking forward to becoming active within her new local community, as she previously served Habitat for Humanity and the Rotary Club, in several volunteer rolls, while residing in New Jersey.

SNOW HILL — The Snow Hill Mayor and Town Council have announced the hiring of their next town manager, Rick Pollitt, Jr. of Allen.

Pollitt brings to the position decades of experience as a municipal manager, long-term professional connections to business leaders and local, state, regional and federal officials, and a reputation of integrity. Pollitt served as a city manager for over two decades between the cities of Fruitland and Crisfield as well as was elected and served two, four-year, terms as the first county executive in Wicomico County. He holds a Bachelor of Arts Degree in Political Science from Washington College, and has served on numerous boards and commissions, one of them being past president of the Maryland Association of Counties (MACO). Pollitt also has an extensive track record in supporting initiatives of diversification and environmental protection.

Pollitt was selected through a highly competitive national search. Mayor Jennifer Jewell has been performing town manager and mayoral duties concurrently since taking office in June. A Town Manager Search Committee was formed by the mayor, consisting of five residents representing varying interests, including a business owner, town employee, and Councilwoman Melisa Weidner. The Search Committee worked independently of the mayor to narrow down the pool of over 27 candidates.

The final candidates were invited to spend a day in the Town of Snow Hill, visiting businesses and touring the town, as well as meeting with town staff, interviewing with both the search committee and the mayor, and finally making a public presentation in which all attendees were invited to ask questions of the candidate. Input was gathered from the public, staff and search committee, and presented to Jewell, who then reviewed the candidates with the council. After discussing all gathered input and qualifications, the council then voted unanimously to offer the position to Pollitt.

The town believes the hiring of Pollitt signifies a stable and catalytic foundation for building upon the current momentum that is propelling the town forward.

“Mr. Pollitt has deep roots and connections on the Lower Eastern Shore and his commitment to strengthen communities, high level of integrity and professionalism make him a strong fit for Snow Hill,” said Jewell.

Pollitt will begin his new role as town manager on Sept. 8.

OCEAN CITY – A weekend of free Halloween family fun is set for the 10th Annual O.C.Toberfest, Oct. 22-24. Everyone is welcome to come experience all the thrills of the giant Halloween Beach Maze. Children of all ages can enjoy a pleasant scream as they meander the sands of the giant, bigger and better than…