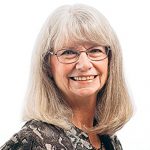 SALISBURY – The Coastal Hospice Board of Directors has announced Alane Capen, who has served as the president of the organization for 16 years, will retire this August.

“Alane’s impact is immeasurable. Under her leadership Coastal Hospice has more than doubled our reach – our ability to serve anyone who needed us across the four counties – and forever changed how people on the Lower Eastern Shore think of hospice,” said Board President Steve Farrow. “She worked hard for patients, families and our community through education, development and service, and she will be greatly missed.”

During her tenure, Capen has been responsible for a myriad of new programs and services. Among her many achievements are the development of the Macky & Pam Stansell House, the first residential hospice on the Lower Shore; the creation of Coastal Compass, a free program that connects patients not yet under hospice care to services such as food and transportation as soon as they are diagnosed with a life-limiting illness; and a partnership with Tidal Health to bring Palliative Care to patients in their homes.

Capen came to Coastal Hospice in 2005 to serve as the Vice President of Clinical Services, moving from the Visiting Nurse Association of Texas where she’d served as Director of Hospice. She had been at Coastal only three years when Marian Keenan retired, and the board named her the new president. At the time, the census was about 50 patients most weeks and the staff numbered less than 100. There was no dedicated admissions team, nor was there was a marketing team, and Coastal Hospice at the Lake needed to be reorganized to be more efficient.

Today, Coastal Hospice routinely has an average census of 200 patients per week. The staff numbers nearly 200, and the organization has been hailed for its innovative spirit.

One of the first things Capen did was establish the Admissions Department to eliminate delays for patients. Next, she separated the job of nursing into two distinct roles – RN Care Coordinator for Home Care and Hospice RN Care Coordinator for In-Patient Care – so that full attention could be paid to The Lake without impacting home care. The creation of a dedicated marketing role began to spur serious growth.

She fostered the fledgling Palliative Care program by aligning it with Tidal Health (then PRMC). Today, the program serves more than 1,000 individual patients a year, helping them to manage their pain so that they can live life on their own terms for as long as possible. She designed and launched the free Coastal Compass Program in 2013.

Capen found she had a knack for advocacy and became involved in the Hospice & Palliative Care Network of Maryland. She chaired both the Regulatory/Quality Committee and the Public Policy Committee. Working with others she helped to write a bill that when passed allowed hospice staff to handle medication disposal for patients in their homes, which kept old, expired and unneeded medication out of the hands of people it was not meant for.

In 2008, Macky Stansell offered to pay for a “needs assessment” for a residential hospice, and when that was completed, Capen and then-Development Director Maureen McNeill traveled with hospice architect Tom Mullinax to look for property in 2010. She worked with Director of Facilities Kevin Ireland and Salisbury University student Matthew Stohr on the business plan and the opening of the Thrift Shop – which benefits Stansell House – in 2011. The following year, Farmer’s Bank of Willards offered the current property and in 2019 it opened and has since greatly demonstrated its need for patients and families.

She continued to forge ahead by obtaining two bond bills from the State of Maryland for the Macky & Pam Stansell House. Then she obtained a Certificate of Need for the project, a task requiring tremendous fortitude – and paperwork.

“Watching people at Stansell House today is a phenomenal experience,” Capen said. “Together we achieved so much. Even during COVID-19, when almost no one could have visitors, we managed to keep people visiting safely at Stansell House and The Lake. I am so very proud of our staff for that and for so many things. Every staff member in their own way makes an amazing difference, whether they are in front of patients or working in other ways; each role is essential to our mission of providing dignity and comfort.” 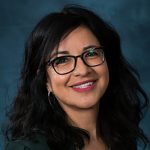 Capen advised the Board of Directors that she would retire in mid-2020. The board quickly assembled an ad hoc committee to launch a national search. Eight months later, the team selected the first-choice candidate, Monica Escalante, who accepted the position. She joined Coastal Hospice on July 12 and will work with Capen for about a month before taking the helm.

“The search committee performed a national search, and we received nearly 30 applications from a great pool of candidates,” said Mike Dunn, Past President of the Coastal Hospice Board and Chair of the Search Committee. “After numerous and extensive meetings, and after interviewing five finalists for the job, the committee unanimously selected Monica to be the next – and only the third ever – president of Coastal Hospice.”

He continued, “Monica brings so much to the table. Her knowledge of the non-profit hospice world is second to none. Her experience, her ‘hospice heart’ and her detailed plans for how she will help Coastal Hospice grow and thrive in the years ahead made her a strong choice. We all look forward to working with, and learning from, Monica – and we welcome her to the Shore.”

Escalante will be one of the first Latina Presidents of a hospice when she takes the reins, will join Coastal Hospice after two decades with Montgomery Hospice. That organization is the largest end-of-life care provider in Montgomery County, Md. with 340 employees, more than 300 volunteers and an in-patient unit offering 14 beds.

Hired as Director of Volunteer Services in 2002, she was named Chief Communications Officer/Business Development in 2007 and Chief Financial Officer in 2010 – a job that has made her familiar with every aspect of hospice care. She supervised Intake/Admissions and the team of hospital liaisons and more than doubled the organization’s census from 2007 to 2019. She has secured development funding, led the establishment of Prince George’s Hospice and the Montgomery Hospice Center for Learning, and launched a podcast called “What’s Important to You?” about end-of-life topics.

Fluent in English and Spanish, and conversational in Portuguese, she earned a Master’s in Public Policy & Management from Catholic University of La Paz and Harvard University La Paz (Bolivia) and a Master of Arts in Marketing from Johns Hopkins University. She is currently a board member of Hospice Network of Maryland and a Diversity Advisory Board Member of the National Hospice & Palliative Care Organization, among her many board and committee placements.

“Everything about Monica seems to fit our organization, from her leadership capabilities to her compassion,” said Farrow. “While it is sad to see one chapter end with Alane’s retirement, we are excited to see what can happen next under Monica’s leadership.”

SELBYVILLE — Carl M. Freeman Companies (CMFC) has announced the expansion of its successful Bayside Institute health and wellness program to more of 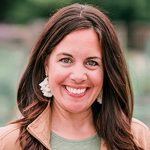 its resident communities across Delaware. The company has selected Erika Cook to lead the extension of the social and life enrichment courses across all CMFC communities as Director of Life Enrichment. She will also manage the internal wellness programming for staff at CMFC’s Ocean View, Del. office.

“Our community wellness programming focuses primarily on social connection as well as mind and body enrichment,” said Cook. “I am thrilled to help more residents discover new passions and bring more communities together through shared experiences.”

Cook has been a member of the Carl M. Freeman team for the past five years, working previously as Sales & Marketing Coordinator for the Communities division and Marketing Manager for the Sports & Hospitality division. Before her time with the company, she earned her degree in Communications from Salisbury University, and began her professional life in marketing at Honest Tea before moving with her family to the Berlin area.

“Creating opportunities to enrich lives is at the core of our company mission,” said Michelle Freeman, CMFC, CEO. “We’re so excited to see Erika build on the success of the health and wellness programming for our Bayside residents by launching it to our additional communities.”

In addition to Bayside, the programming will be offered at Bear Trap Dunes, Tidewater Landing, Tower Hill and other Carl M. Freeman communities. For examples of the many courses offered – from Meditation and Dance Fitness to Tours and Happy Hour events – visit the BaysideInstitute.com or contact Erika at ecook@cmfa.com for more information. classes

OCEAN CITY — The O.C. Recreation Boosters recently received a generous donation from The Bresler Family and The Robert I. Schattner Foundation (RIS).

The $10,000 grant will provide Ocean City children with financial assistance and scholarships to the after-school program, Camp Horizon, Scamper Camp and the Halloween Spook-Out.

“The O.C. Recreation Boosters is a non-profit, independent community organization made up of area residents and representatives from various local community organizations,” said Susan Petito, Director of Recreation and Parks for the Town of Ocean City. “Together, the boosters combine their talents and resources to support the recreation programs for area children offered by the Ocean City Recreation and Parks Department (OCRP). The O.C. Recreation Boosters also organizes events and engages in fundraising activities to help to lower fees and offset costs for youth recreation programs in addition to providing scholarship opportunities for OCRP programs to those with financial need.”

To support the youth programs offered by the Ocean City Recreation and Park Department and the challenge grant made possible by the Robert I. Schattner Foundation, please send your donations to the O.C. Recreation Boosters at 200 125th Street, Ocean City, Md. 21842. Donors are asked to note RIS Challenge on donations.

SALISBURY — Shore Leadership, the premier leadership development organization on Maryland’s Eastern Shore, recently graduated its 2020 class at the Hyatt in Cambridge. Graduates, alumni, and guests enjoyed a night of celebration in honor of the Class of 2020 that was delayed in its completion due to the pandemic.

Over the past year, Shore Leadership utilized a virtual format via ZOOM sessions. The 2020 program theme was “How do we, as leaders on the Eastern Shore, lead in this time of uncertainty and change? How do we sustain and grow our organizations during VUCA – Volatile, Uncertain, Complex, and Ambiguous – times?”

Each month a leadership development topic was coupled with sessions about the complexities of businesses and organizations on the Eastern Shore. Those sessions included virtual tours of Easton Utilities facilities, the agriculture industry in Caroline County, the Harriet Tubman Museum and Blackwater Refuge, and a virtual tour of NASA at Wallops Island with a presentation and discussion with Astronaut Ricky Arnold.

Chair of the Shore Leadership Advisory Board of Directors, Dr. Bryan Newton, Vice President for Enrollment Management and Student Services at Wor-Wic Community College presided over the graduation event and praised the participants for their perseverance in a very difficult year. He encouraged new graduates to stay connected with Shore Leadership and to participate in committees and events throughout the year. The Graduation Address was given by Shore Leadership Facilitator, Dr. Joe Thomas, Executive Director of the Stockdale Center for Ethical Leadership at the United States Naval Academy. Dr. Thomas spoke to the graduating class alumni and guests about the concepts of passion, perseverance, grit, and resilience as the important tools that leaders need to thrive in the post-pandemic world.