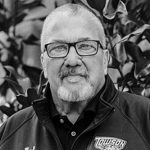 He is survived by his daughter, Annie Morgan; his son, Joseph Velenovsky III; a brother, Robert Velenovsky; and sister Debbie Bova. His good friend, Katherine Mohr, was by his side at the time of his passing.

A Celebration of Life Service will be held on July 12, 2021 at St. Luke’s Catholic Church in Ocean City, Maryland at 11 a.m. There will be a continuation of his life’s celebration at Fiesta Park, 145th Street following the service. 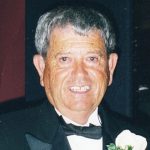 OCEAN CITY — A service in Thanksgiving for the life of Gary Cooper will be held at St. Paul’s by-the-Sea Episcopal Church, 302 N. Baltimore Avenue, Ocean City on Wednesday, July 14, 2021 at 1 p.m.

The family requests casual attire. Following the service, the celebration will continue at Ocean City Golf & Country Club, 11401 Country Club Drive, Berlin, Md. for a great time by all. Please note, for those who wish to use the elevator at church use the orange doors at the northwest corner of the building. 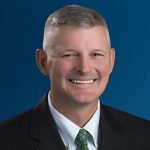 Peter was born in Baltimore on Feb. 5, 1970 to Thomas and Elizabeth (Sledz) Kangas. He was a 1988 graduate of John Carroll School and also obtained his bachelor’s degree from Western Maryland College in 1993. Peter has been a financial advisor since 1998 starting his career with Morgan Stanley. He was currently employed with Merrill Lynch Wealth Management as a Certified Financial Planner (CFP) and Certified Plan Fiduciary Advisor (CPFA).

Peter was very active with the Boy Scouts of America Troop #281 serving as Committee Chair and also in a variety of other capacities. He was a member of Ducks Unlimited, Ocean City Reef Foundation and the Ocean City Marlin Club. Peter loved all things dealing with the outdoors. He was an avid fisherman and enjoyed hunting, trail riding and camping. Peter was meticulous about his yard and took great pride in the way that he cut his grass.

Peter was a great provider for his family and loved spending time with his two children. He faithfully traveled to horse shows with his daughter, Eleni, and was involved with the Boy Scouts with his son, Tommy.

Peter was preceded in death by his father, Thomas Kangas, on Father’s Day in 1994 at the age of 63. Peter is survived by his loving wife of 24 years, Gwen (Humphreys) Kangas; a son, Tommy Kangas; a daughter, Eleni Kangas; his mother, Elizabeth Kangas; and his sister, Ann Thomas. He is also survived by his mother-in-law and father-in-law, Jeff and Ruth Berenbach; a sister-in-law, Kim Humphreys-Boyle and her three children, Brooke, Melina and Marlee, and a brother-in-law, Joshua Berenbach and his wife, Melanie and their two children, Emerson and Luke.

A visitation was held on Wednesday, June 30, 2021 at the Ocean View Chapel of Melson Funeral Services followed by a prayer service. Interment was held privately. 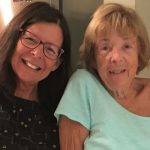 OCEAN CITY — Carol Ann Daffin, a long-time beautician and contractor, died peacefully on June 19. She was 84.

A graduate of Cambridge High School, she worked for decades in her mother’s beauty shop, a cozy collection of hair-washing sinks and vinyl-seat hair dryers stuffed into the front room of their house on Choptank Avenue, an old sea captain’s home a stone’s throw from Long Wharf.

Ms. Daffin spent her retirement years running her husband’s carpentry business, M&C Daffin Contractors. She worked with material suppliers and clients, and assembled crews of carpenters led by her husband, adding garages, decks, patios and porches to houses all over Dorchester County.

In the evenings, they rode their bikes along Hambrooks Bay.

Later, she would live with her daughter in West Ocean City, where she enjoyed her sunset years on the porch chatting with neighbors, going to Lobster Night at the Shark every week, watching her great-granddaughter practice ballet and her great-grandson learn how to ride his bike without training wheels, and snacking on caramel corn from the Boardwalk and chocolate vanilla twists from Dumser’s.

She is survived by her grandson Ryan Abbott, granddaughter-in-law Melissa Abbott and their energetic and opinionated children, Miles and Hazel.

She was preceded in death by her parents, Emma and Leonard Cannon, her husband, Maurice Daffin, and Donna Abbott, her daughter.

In lieu of flowers, memorial donations can be made to the National Alliance on Mental Illness (www.nami.org) or Coastal Hospice (www.coastalhospice.org).

Services were held at Newcomb & Collins Funeral Home in Cambridge on Wednesday, June 30 and at the All Faith Chapel on Thursday, July 1, followed by a celebration of the lives of Carol Daffin and Donna Abbott at the Marina Deck Restaurant. 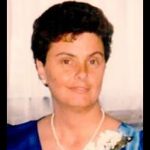 Born in Baltimore, she was preceded in death by her father, the late Thomas Wesley Sappington, Sr. She is survived by her mother, Inez (Hebler) Sappington of Berlin, and children, Carol Ann Borradaile and her husband Gilbert of Ocean City, Tammi Magruder, and her husband Mike of Naples, Fla., and Hart Benton Ridgley, III of Ocean City. She was an adored grandmother to five grandchildren, Brandon Ross, Jesse Alexander, Andrew Taylor Borradaile, Haliegh Magruder and Chelsea Ridgley. Also surviving is her brother, Thomas Wesley Sappington, Jr., and his wife Pixie of Queen Anne, Md. and three nieces and their children.

Mrs. Ridgley had worked as a customer service manager for Food Lion on Kent Island. She had played softball in her earlier years and made many long-time friends that she still has to this day. Most of all she loved her family, especially her grandchildren.

Cremation followed her death. A small gathering of family will be held at a future date. A donation in her memory may be made to Coastal Hospice, P.O. Box 1733, Salisbury, Md. 21804. Letters of condolence may be sent via: www.burbagefurneralhome.com. Arrangements are in the care of the Burbage Funeral Home in Berlin. 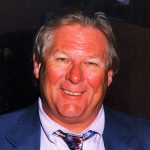 On Nov. 26, 1966, he happily married the only woman on earth that could/would probably put up with him, Sondra Jean Cloud. Nov. 26, 2020, marked their 54th wedding anniversary. They were lucky enough to have a son, Shane (aka #1 and Meathead), and a daughter, Shannon (aka #2 and Equalizer), to join them in their lives. They both were a joy to Joe. Shane acted as first mate on Joe’s charter boat in Hatteras, N.C. & Ocean City. Shannon picked up how to make jewelry in Shantytown Village in Ocean City. Joe was always proud of his children, their love, work ethic and devotion to their own families to touch on a few things.

Sondra and Joe bought Lily Cleaners and Cinderella Cleaners and renamed it Cleaning by Riley. They worked the business from 1974 to 2008 when it was sold, and they both retired. In the late 70’s, Joe took on a second occupation as a charter boat captain of the Muff Diver, for 40 years in Ocean City, the Chesapeake Bay, Hatteras and Guatemala. Joe was an active member of the South Anne Arundel Businessmen’s Association, Annapolis Lions Club, Annapolis Yacht Club, DC Hand Dance Club, Ocean City Marlin Club and a DJ for the South County Show Stoppers. In retirement, Joe and Sondra enjoyed traveling the western part of the U.S. and being with their family – that has now grown to a son in law, Dario Garcia, a daughter-in law, Stacey, two granddaughters, Rosalie Marie Riley and Annika Jolie Garcia-Riley and one grandson, Gabriel Tomas Garcia-Riley.

Life has treated Joe very well. He had many friends and a full life and regrets that he did not tell his wife, immediate family and extended family how much he loved them more than what he did.

Note from family: This obituary was written ahead of time by the ultimate pre-planner himself, Joe Riley. He was forever lightening our load and filling our hearts.

A memorial gathering is set for Friday, July 2 from 11 a.m. until his memorial service begins at noon at Kalas Funeral Home and Crematory, 2973 Solomons Island Road, Edgewater, Md. Online condolences may be left for the family at www.KalasFuneralHomes.com. 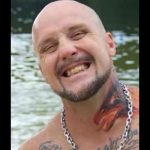 At the time of his death, Jon had working as a union carpenter in West Virginia. Jon was so charismatic, he had such incredible energy. It was almost a palpable current of electricity in the air when you stood in his presence. His main goal in life was to live it to its fullest and that is exactly what he did. Jon was dichotomy personified, underneath the fun loving surface was a deep and complex man with great passion and insight. Rest in peace Bubba. We are keeping it “dizzy wit da love” here.

A celebration of life was held on Thursday, July 1, 2021 at Burbage Funeral Home. A gathering of family and friends followed.

In lieu of flowers, a donation in his memory may be made to Bikers without Borders 10656 Bishopville Road #296, Bishopville, Md. 21813 or Believe in Tomorrow Children’s House by the Sea, 13 66th St, Ocean City, Md. 21842. Letters of condolence may be sent at www.burbagefuneralhome.com 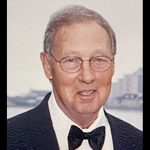 Mr. Whaley attended the Loomis School in Windsor, Conn. where he received the Batchelder Prize and was President of the Student Council. He was a graduate of Princeton University, Class of 1954, where he was a member of the Ivy Club. John served as a 1st Lieutenant in the United States Marine Corps from 1954-1958.

He was a member of St. Paul’s Episcopal Church in Berlin and was an active sports fisherman on his boat the “Curlew.”

Letters of condolence may be sent via www.burbagefuneralhome.com.