OCEAN CITY — Darrell Thomas Nottingham, age 84, of West Ocean City, died on Friday, June 4, 2021 at Coastal Hospice at the Lake as a result of Alzheimer’s disease. 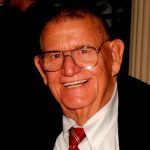 He was the son of the late John and Beatrice Nottingham. He is survived by his wife Pat, and son Jeff and his wife Heather and granddaughter Sarah. Also surviving is his brother David and numerous nieces and nephews. He was preceded in death by his son Matthew.

Darrell was a member of the first graduating class of Stephen Decatur High school (1955). He then began his career as a waterman, operating charter boats in Florida and Ocean City until captaining the Mariner party boat in Ocean City. He was a long-time member of the Ocean City Marlin Club.

Darrell donated his body to the Anatomy Board of Maryland. In lieu of flowers, a donation in his memory may be made to The Ocean City Reef Foundation, P.O. Box 1072, Ocean City, Md. 21843, or online at: ocreefs.org. (Please reference “Big Dad’s reef or Darrell Nottingham.)

A celebration of life was held Thursday, June 10 at the Angler Restaurant on Talbot Street and the Bay. Letters of condolence may be sent via www.burbagefuneralhome.com. 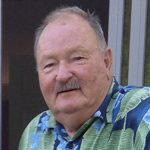 OCEAN PINES — John Peter Henglein passed away on Memorial Day, May 31, 2021 at the age of 81 after courageously fighting pancreatic cancer, diabetes, asbestosis and several other health issues.

John was born to Pete and Milldred Henglein on July 19, 1939 in Rockaway Beach Queens, N.Y. He grew up near the water where he loved fishing, clamming and crabbing in Jamaica Bay.

He joined the US Navy at 18 and served four years as a maintenance mechanic second class. He worked for Con Ed in New York as an engineer and eventually worked for the New York City Board of Education as a Facilities Manager overseeing numerous public school buildings. He retired to Ocean Pines and was active in many organizations which brought him many friends: John was a member of the boat club, anglers club, 500 club, platform tennis and most importantly the Ocean Pines Fire Department where he volunteered for many years driving the ambulance, directing traffic and assisting EMTs and Police attending fires.

John was also instrumental in the development and maintenance of the Ocean Pines Veterans Memorial, volunteering to place bricks, helping to maintain the grounds, purchase flags and oversee the raising and lowering of the flags for commendations. The Worcester County Veterans Foundation presented John with recognition for his service as a member of the Board of Directors and at a ceremony in Annapolis he earned the title of one of “Maryland’s Most Beautiful People” in 2009.

John’s passions in life were fishing, boating, vacationing and going on cruises with his wife and friends. He loved participating in raft ups with his friends and participating in the Believe in Tomorrow program where he took families for boat rides, fishing and seeing the ponies in Assateague.

Arrangements are in the care of Eastern Shore.

OCEAN CITY — Violet Harris Cropper Steger “Pete,” age 96, passed into heaven on June 6, 2021 surrounded by the arms of her loving family, grateful to the end for her full, happy, 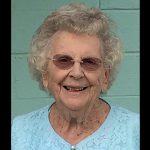 independent and blessed life. She has now claimed the promise of the resurrection and is forever at home with her Savior with whom she faithfully served.

Pete, as everyone knew her, was as much a fixture of the resort town as the pier, the Boardwalk, the Inlet and the beach. Born in Ocean City on Aug. 10, 1924 to Clifford Potts Cropper, mayor from 1940 to 1944, and Henrietta Adams Cropper, she was one of eight daughters: Marietta, Evelyn, Marcella, Bessie, Pete, Sally Charlotte and Frances. She was one of 146 direct descendants of her parents. She had the distinction of being Ocean City’s oldest born native. In fact, she never lived farther than three blocks from her childhood home at 8 North Division Street.

Upon graduating from Ocean City High School in 1941, Pete went to Beacom Secretarial School in Wilmington, Del. She stayed for three weeks but cried and begged her parents every day to let her return to her beloved Ocean City. Her parents finally relented, and she returned home to work for her father in his business, CP Cropper Fish & Oyster Company, until her marriage to William Anthony Steger, Oct. 28, 1943. They had three sons and when they were grown, she worked with her husband at their business, Inlet Marine Supplies, and managed their other business, the Steger Apartments. She was at the business a total of 50 years, 1933 to 1983, and managed the apartments from 1962 until she sold them to her son, Gary, in 1995.

Pete met the love of her life, Bill, who was stationed with the US Coast Guard in Ocean City, in January 1943 and married him in October of that year. United for almost 54 years, until his death in 1997, together they lived and experienced the peaks and valleys of life, growing stronger and more committed in marriage, acknowledging the Lord for his mercy and grace. Their love produced three wonderful sons, William Anthony Jr, Roger Adams and Gary Clifford.

Her greatest joy in life was spending time with her family. She was a loving and devoted mother to her three sons and the best wife, daughter, sister, aunt and friend. Pete also enjoyed attending church activities and serving the Lord. She loved collecting sand and shells from different beaches. Her ministry in serving her Lord was sending church bulletins to those who could not attend church services, visiting the Berlin Nursing Home twice a month with the group from the Presbyterian Church, participating in prayer chains and sending thousands of notes and cards to family and friends throughout the years with words of encouragement and inspiration. Also she was a life member of the Ocean City Volunteer Fire Company Ladies Auxiliary. In her later years one of her favorite past times was sitting in her yard watching and feeding the birds.

In our lifetime, we are on a journey and only passing through this land for a little while. The destination is heaven for all who believe and love our Lord and Savior, Jesus Christ. Pete lived her life fully and every day in his service and love and was the greatest inspiration to all who knew her. She read her Bible every morning and evening, completing it twenty-three times. Pete was well known within her family and friends for her delicious meatloaf dinners. Though she was never fond of cooking, this is a tradition and recipe from her mother that she was proud to carry on. Everyone loved these dinners and it was with delight that we watched her precious great-grandson, William, 18 months old at the time, first experience one. He ate a plate full and wanted more.            Here is the recipe that she wanted to share with everyone.

Two and a half handfuls oatmeal

Enough milk to make soft and pink (one squirt)

Pete leaves behind her three sons and their wives, William and Kim, Roger and Joy, Gary and Cathy, who lived with and cared for her for many years; grandsons Roger, Jr. and other half Ashley, Isaac and wife Abigail and Joshua and wife Jenna; and five great-grandchildren, Anna, Leland, Honaley, William and Evan.

A Celebration of Life service will be held at the First Presbyterian Church in Ocean City, on Friday, June 11 at noon. Rev. Dan McKenty will officiate. A reception will follow in the church hall.

In lieu of flowers, the family suggests a memorial donation be made to Son’Spot Ministries, c/o Gary Steger, P.O. Box 756, Ocean City, Md. 21843; or First Presbyterian Church, 1301 Philadelphia Ave., Ocean City, Md. 21842, or Coastal Hospice, P.O. Box 1733, Salisbury, Md. 21804. Letters of condolence may be sent via: www.burbagefuneralhome.com . Arrangements are in the care of the Burbage Funeral Home in Berlin.

He was an avid fisherman who enjoyed do-it-yourself projects. He worked as a truck driver/maintenance technician for Gray’s Farm/Shady Park until his retirement in the mid-1980s. In lieu of flowers, the family suggests donations to All Souls Connected, 139 Robin Drive, Barto, Pa. 19504. Or donate directly on the website http://www.allsoulsconnected.org/.

Cremation services are being handled by Highview Funeral and Cremation Services in Fallston, Md. No service is planned at this time.