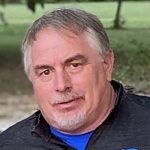 Raised in Berlin, he was the son of Jane Harrison and the late William Wooten. He is survived by his wife Brenda and two daughters, Megan and Gabby Wooten and future son-in-law, Michael Clifford. He was proceeded in death by his devoted Saint Bernard, Maggie. He is also survived by his twin brother, Donnie Wooten and his two sons, Will and Brandon, and sister Tammy Balster and her son, C.J. He recently lost his brother Darin, who left behind two children, Molly and Michael, and their mother Annemarie. Also surviving is his step mother Bonnie Wooten and her two children, Nornie and Lisa. Upon marriage, Dean became a son to Clarence and Barbara Hudson, a brother to Terry and her husband Patrick Townsend, and an uncle to Taylor and Ryan.

Dean and his twin were born in Salisbury on Oct. 12, 1964 to Jane and Bill. Dean graduated from Stephen Decatur High School and attended Salisbury University. On Dec. 9, 1989, he married the love of his life, Brenda. They soon welcomed two daughters, Megan and Gabby, who were the most important people in their lives. For almost 40 years, Dean worked for his uncle, Bill Esham, as a facilities manager for the Esham properties. Dean loved showing up each day to work alongside his brothers and long-time hotel staff who he considered family.

He was a devoted father, coach and mentor. He started his football coaching career for the Berlin Dolphins and most recently with the Stephen Decatur Seahawks. He coached the Junior Varsity team and filmed all Varsity games for many years. He had the patience of a saint, he had the skills of a craftsman who could fix anything, even if it took multiple trips to the hardware store. He will be deeply missed by his friends, family and devoted dogs, Sam and Gus.

A visitation is scheduled for 1 p.m. on Monday, June 7 followed by a service at 2 p.m. at the Burbage Funeral Home in Berlin. The family requests in lieu of flowers, donations be made to Stephen Decatur High School Football Program in Dean’s memory. Send donations to SDHS, Attention Tom Sites, at 9913 Seahawk Road, Berlin, Md. 21811. Letters of condolence may be sent via www.burbagefuneralhome.com 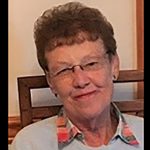 BERLIN — On Sunday, May 30, 2021, Joan Watson Bennett, 74, closed her eyes to nap on her couch in Berlin and awoke to a “welcome home” party in her honor thrown by her personal Savior, Jesus Christ, who was so happy to finally hug his favorite girl (each of us is his favorite, by the way). She was no longer tired with no appetite but had a new body that included luscious hair that did whatever she wanted it to do. She sat at the banquet and enjoyed a spread that put a Lancaster buffet to shame. And Jesus served her at the table because she had always waited on everyone else and now it was all about her.

Before this final trip, Joan enjoyed traveling with her husband, family and friends to Nashville, Branson, Hawaii, Niagara Falls, Lancaster (her favorite) and an annual girls trip to Chincoteague during the summer carnival, cruises to the Western Caribbean, Rhode Island and Quebec and to the Chesapeake Bay when a hurricane was threatening travel.

Joan loved coupons, yard sales, painting her nails, watching Hallmark movies (especially at Christmas), and walking the streets of Berlin on Halloween with Lori to enjoy the many costumes and decorations. It was tradition to stop into Burbage’s and speak to Mrs. Burbage before her passing or Kirk Burbage after enjoying their decorations in the funeral home. Joan also enjoyed Christmas parades as she loved all the bands.

Prior to retiring in 2019, Joan enjoyed her employment at NFP Insurance Company where her clients referred to her as the “Disneyland” of insurance. Joan would always get to work early and be one of the last to leave. If she took a sick day, the world would pause. She had no concept of a “mental health day.” She worked for 50 years as an insurance agent, first being hired by Bayard and Mabel Davis with Davis Insurance Company. They treated this young woman and new Mom as a daughter and many days she had a homemade lunch in their home next to the office. Davis Insurance Company became Associated Insurance Company and then NFP Insurance Company. When the Davis’ retired, it was a stipulation of the sale of the business that Joan (and her cohort, Wanda Jones) was to go along with the business. Many clients refused to deal with anyone but Joan (or Wanda — and they were often mistaken for each other on the phone). Any trip out into the community was longer than intended as clients/friends abounded and all were not just given a smile but a conversation that sometimes turned into when the next insurance payment was due to be paid.

Beyond her work family, Joan thoroughly enjoyed her church family. She attended Friendship United Methodist Church from 1955 from 9 years of age after being invited by Norman Wainwright. Mr. Wainwright became her singing partner in the choir and a dear friend. Joan became a member of the church, married there, had her daughter be the first baby to be christened after the church was rebuilt after a fire and watched her daughter marry there. Joan was active in the Friendship Women’s Circle, the church dinners, the Easter egg hunts, but her main love was the choir. It has been said that she glowed when she sang and could hold her own with vocally trained people during duets and rivaled her new friends, the angels. Even as her memory taunted her, music and singing never left her. She also loved fixing the church sign to encourage someone who might need it.

Joan’s demeanor was consistent — everyone she met was treated with respect, given a smile, a word of encouragement as needed and a helping hand in whatever means possible. Everyone has always commented that Joan never said anything negative. She has also been given the title of “an angel on earth”. Joan was the personification of St. Francis of Assisi’s quote: “Preach the Gospel at all times, and if necessary use words.”

Joan was born in Salisbury as a post-war present to the late Ralph “Windy” Watson and Aleine Hitchens Watson on Sept. 14, 1946. She is survived by her husband of 54 years of devoted love, Rodger Wayne Bennett, and daughter, that garnered her pride, Lori Bennett Tilghman and her husband, Bill, of Berlin. Her two grandchildren that made her heart explode with love are Travis William Tilghman (Chelsea) of Bridgeville, Del. and Meghan Faith Tilghman (James) of Salisbury. Meghan gave Joan the most treasured gifts in the forms of two great-granddaughters, called the “little people” by Joan, Paisley Faith and Sylvia Tyler with whom she loved to sing, dance, read to, play with or just look them in the eye and tell each that they were “Mommom’s sweet girl”.

Also surviving is her favorite brother, who was like a son due to a 10-year age difference, John William Watson (Cynthia) of Pittsville, and niece, Stacey Parker, nephew, Charles Watson (Robert) and great-niece Sierra Parker — all beloved. There are scores of extended family and countless friends that were loved and admired by Joan that remain as well. Joan has left a tremendous void in many lives, her family sockless (ask her grandkids) but has made Heaven an even sweeter place. A lady always knows when it’s time to go and she and Jesus cut a deal to make that happen.

An evening viewing was held June 3 at the Burbage Funeral Home. The funeral service will be held on Friday, June 4 at 11 a.m. at Friendship United Methodist Church 10537 Friendship Road, Berlin, where friends may call one hour prior to the service. Pastor Pam Ward will officiate. A donation in her memory may be made to Friendship Memorial Fund, ℅ Lou Taylor 12329 Vivian Street Bishopville, Md. 21813 or Friendship Mission Fund 10537 Friendship Road Berlin, Md. 21811. Letters of condolence may be sent via www.burbagefuneralhome.com 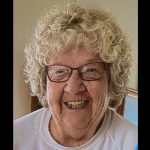 OCEAN VIEW, Del. — Eleanore Theresa Donohue, age 82, of Ocean View, Del., formerly of Baltimore, passed away on Friday, May 28, 2021. She was the daughter of the late Henry Nichols Albers and Florence (Collison) Albers.

Eleanore was a hardworking woman that provided for her loving family. She was an avid sports fan, loving the Baltimore Orioles, Ravens and Capitals. In her younger years, she was a member of Colt’s Corral. Eleanore spent countless hours playing bingo and was a devoted Catholic.

In addition to her parents, she was preceded in death by her husband, Francis Donohue; a son, Patrick Donohue; grandson, Michael Donohue, Jr.; and 12 brothers and sisters. She is survived by her four children, Michael (Kim) Donohue, Regina (Jeff) Cochran, Brian Donohue and Timothy (Deborah) Donohue; nine grandchildren; eight great grandchildren; a sister, Dorothy Furnari; and several nieces and nephews.

In lieu of flowers, the family suggests memorial contributions in Eleanore’s name to the American Heart Association by visiting www.heart.org or St. Ann Catholic Church at the above address. 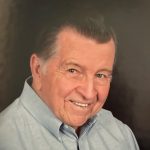 Lee enlisted in the U.S. Navy and proudly served his country. Upon being honorably discharged, he joined the Baltimore County Police Department becoming the Major of Detectives after 20 years of service.

He moved to Ocean City in 1970 and continued his law enforcement career. He was named Chief of Police, transforming and updating the department with new training, equipment and programs. In 1978, he resigned as Chief of Police.

Taking up golf in his later years became a favorite pastime and he played with “Friday Nighters” which met every Friday evening at the Ocean City Golf and Yacht Club of which he was a member.

Spending the winter with his wife in Vero Beach, Florida for 20 years after his retirement was the highlight of his life.
Lee was an avid Baltimore Colts fan and enjoyed watching both college and professional football.

Many people will remember him as a humble, gentle, gracious, kind, and loving husband, father and friend.