BERLIN – Mayor Zack Tyndall vetoed the town’s $6.8 million budget in response to amendments made to the spending plan by the town council.

Tyndall on Friday vetoed Berlin’s fiscal year 2022 budget, citing the changes made by the Berlin Town Council last month. He’s hopeful that before any vote to override his veto, council members will consider closely what the changes they made will mean for the town’s financial future.

“I don’t think they understand the impact of some of the decisions they made,” he said.

On May 24, the council voted unanimously to amend the mayor’s proposed budget to include a 1.5% raise for employees, to reinstate cell phone allowances and to work vehicle allowances currently provided to three employees into their salaries. On Friday, Tyndall vetoed that budget with an eight-page missive released on the town’s website. In it, Tyndall advocated for items he’d included in the budget, including $2,500 for laptops for the mayor’s office, funding for a GIS (geographic information system) for the utility departments, $16,500 in funding for a strategic plan and $27,500 for a community center feasibility study. Tyndall wrote that the feasibility study would be critical to replacing the multi-purpose building on Flower Street.

“For over 20 years, a new community center has been discussed and promised to the Berlin community,” Tyndall wrote. “Year after year, the discussions begin and end with the mantra ‘it can wait until next year.’ To better position the Town of Berlin for state and grant funding, it is imperative that we have an up-to-date feasibility study and an understanding of our community’s needs.” 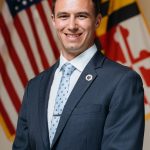 Tyndall’s veto message also addressed the 1.5% salary increase the council approved. He said the town could not afford to provide raises “without putting the town’s finances in jeopardy.”

“In the general fund, several capital improvements such as street projects, vehicle acquisitions, and travel costs were postponed to maintain an adequate contingency fund balance in the event of unforeseen expenditures or under-collected revenues,” Tyndall wrote. “The council’s decision to increase salaries by 1.5% comes at a total cost of $103,634.29 of which, $62,913.48 came out of the general fund contingency, leaving less than three days of operating expenditures within our contingency fund.”

Tyndall closed the letter by calling for constructive dialogue in the coming weeks. He pointed out, however, that he’d not seen the proposed budget amendments until Councilman Jay Knerr presented them May 24.

“Throughout this budget process, all of you have requested more communication and time to review documents before discussing them in an open session. For a body that has been so vocal about the need for increased communication, I would have appreciated the same respect you are requesting from me,” he wrote. “Please understand that I have spent months working in conjunction with our department heads to create a budget that is balanced, financially responsible, and with an eye toward Berlin’s future. Throughout this budget process, I have also had to make hard decisions to help place the town on a firmer financial footing. At each point throughout the budget process, I asked myself what is in the best interest of our residents, business community, employees, and the people that visit our town. I attempt to remove the emotion from the decision-making process and try to think as analytically as possible.”

In an interview following his veto of the budget, Tyndall said he simply wanted the council to reconsider the changes they’d made and their impact on the budget. He said he wasn’t sure if they’d known that raises for employees in the sewer fund, for example, would increase the utility’s  projected shortfall.

“You’re going to have that fund close further in the red,” he said.

He added that he’d heard from several residents concerned about the changes to the budget and encouraged them to reach out to their council members.

“It’s important to have some dialogue with your elected representatives and attend the next council meeting if you have something to say,” he said.

Knerr, however, is optimistic the veto will be overturned at the council’s next meeting.

“The council is united behind these changes,” he said.

Knerr said what he proposed was done to give the employees back what Tyndall’s budget had taken from them. The vehicle allowances, he pointed out, had been given to those three employees for years and years. He added that with no raise for the past two years, municipal employees needed a salary increase.

“The 1.5% wasn’t a whole lot but it is meaningful to the employees,” he said.

Knerr said that despite Tyndall’s comments, the town’s budget could handle the changes.

“It’s well within our budget,” he said. “It doesn’t put the town’s finances in harm. To say otherwise is an exaggeration.”