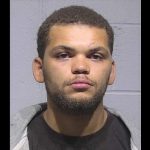 OCEAN CITY — Thanks to a business owner’s participation in the Trespass Enforcement Authorization Program, or TEAP, resort police were able to recover a stolen vehicle and make two 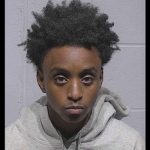 On Sunday, Ocean City Police Department (OCPD) officers were patrolling in the downtown area when they noticed a vehicle parked in a private parking area at a hotel that was currently closed. The vehicle was parked directly in front of an OCPD TEAP sign, which stated no trespassing.

For the record, many businesses sign up for the TEAP program, which, as the name suggests, authorizes OCPD officers to go onto private property when a business is closed to take enforcement action. The program has its roots in the vehicular special events, such as the fall pop-up rally, for example.

OCPD officers observed two individuals asleep inside the vehicle. During the course of the investigation, officers learned the vehicle had been reported stolen in Delaware. In addition, it was learned the driver, Brian Keith Cirwithian, 20, of Wilmington, Del., had an active warrant from Delaware for his arrest in a separate case.

Also arrested was the passenger, identified as Tahlib Watson, 22, of Wilmington, who was charged with unlawful taking of a motor vehicle and trespassing on posted property. Watson was released after posting a $5,000 bond.

The Town of Ocean City offers the TEAP to property owners and managers whose businesses do not stay open 24/7. It allows OCPD officers to effectively address peace and good order issues on private property, especially during nighttime hours when contacting owners and managers is inherently problematic and inconvenient. Anyone interested in signing up for the program should go to https://oceancitymd.gov/TEAP.pdf.