OCEAN CITY — Robert Thomas Freeman, Sr., colloquially known as Boomer, age 77, of Ocean City, passed away at home on May 11, 2021, after a courageous and hard-fought battle with cancer. 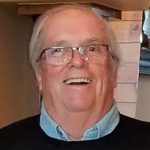 Boomer was born in Brooklyn, N.Y., to the late Robert Deakin and Ruth (Mulvaney) Freeman. He is survived by his wife of 53 years, Marianna Elizabeth (Buccheri), two sons, Robert T. “Beau” Freeman, Jr., of Frederick, Maryland, and Joseph D. Freeman of Chicago, Illinois; and one granddaughter, Samantha. He is also survived by a sister, Dorothy Dube (Russell Barber) of Cary, North Carolina; a brother, James Freeman (Laurie) of Barkhamsted, Connecticut; twelve nieces and nephews, many more grand- and great-grandnieces and nephews, and countless honorary family members. He was predeceased by his sister, Jane Shanklin.

Boomer spent much of his early life in New York and New Jersey, though his most meaningful and long-term childhood home was in Natick, Massachusetts. A 1962 graduate of Marian High School in Framingham, Boomer graduated from the University of New England (St. Francis College), in 1966 with a BS in Biochemistry. Boomer was a two-sport athlete at St. Francis, competing in both soccer and ice hockey. It was his play on the ice that earned him his nickname: like Bernie “Boom Boom” Geoffrion, he boasted a mean slapshot. College was also where he met his wife of 53 years; his family had relocated to Baltimore and Annie, who attended neighboring Saint Joseph’s College, was the first Marylander he found in Southern Maine.

After graduation, Boomer took a job with Joseph Seagram and Sons in Baltimore, settling first in Dundalk, then in Severn. His time in Baltimore allowed him to start a family and to make lifelong friends. In 1979, he relocated his young family to Fulton, N.Y., where he took a position with Miller Brewing Company at its new bottling facility. After six long winters in upstate New York, Boomer decided to change careers and relocate to Ocean City. With an entrepreneurial energy, a financially savvy spouse and an authentic love of food, he opened Boomer’s Restaurant in Berlin in 1985. For the next 16 years, Boomer and Annie owned and operated the restaurant. While Boomer’s was also known for its ice cream, cheesesteaks and fried chicken, Boomer himself focused on the pizza side of the business, working seven days a week year-round during the dinner shift. Boomer cared most deeply for those who worked at the restaurant over the years, knowing very well that his own success depended on the health, happiness, and wellbeing of those he employed.

Though he “retired” in 2001, Boomer remained active in the community, taking occasional shifts at The Bearded Clam and The Cork Bar in Ocean City, working out at various local gyms, playing golf every Tuesday with a loyal and committed group of friends, growing incredible crops of tomatoes in his garden, traveling the world with his wife and watching the growth and expansion of his immediate and extended family with pride and contentment. Boomer loved his friends and family, and he took particular interest in the lives of those who lived and worked in downtown Ocean City. The Amazing Boomer was quick with a smile, ready with a joke, strong in his opinions but always thoughtful and aware of those around him. He lived his life with kindness and gratitude towards others–the epitome of a man who found success in the service industry.

A memorial service was held for Boomer on Monday, May 17 at noon at Holy Savior Catholic Church in Ocean City. While no formal viewing or celebration of life will be held, Boomer’s friends and family were invited to drop by The Bearded Clam that afternoon to grab a drink and a bite to eat and to share happy memories and stories from his extraordinary life. The Clam will donate all proceeds from the day to Coastal Hospice, which gave Boomer such thoughtful and exceptional care in his final weeks. A private interment will be held for Boomer later in the summer at his family’s ancestral home in Sandisfield, Mass.

In lieu of flowers, contributions in Boomer’s memory may be made to The Robert and Marianna Freeman Scholarship at Saint Joseph’s College, 278 Whites Bridge Rd, Standish, Me, 04084. Letters of condolence may be sent via www.burbagefuneralhome.com. Arrangements are in the care of the Burbage Funeral Home in Berlin. 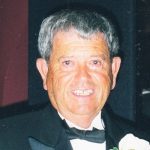 DELMAR — Gary Theodore Cooper, 85 years old, from Delmar, formerly of Lothian and Hyattsville, Md. died Wednesday, May 5, 2021 after a courageous seven-year struggle with MDS (a rare blood cancer disorder) at his home with his devoted wife of 62 years by his side.

He was born July 14, 1935 in Frederick, a son of the late June and Theodore Cooper of Washington, D.C.
Gary graduated from Woodrow Wilson High School in Washington, D.C. with the class of 1953 and was a proud graduate of Shepherd College (now university) in Shepherdstown, W.Va. in 1958. While in college, he worked year-round at Charlestown Racetrack exercising horses and caring for them in the stables. He had a true love for all animals especially horses and dogs. He and his entire family returned to Shepherd for homecoming many years in the fall and had a wonderful time. This was very special for Gary. They always had a golf tournament and he enjoyed playing with his sons Mark, Matthew and daughter-in-law, Karen. What a foursome.

After graduation from college, Gary joined the Army Reserves serving from 1958-1964 at which time he had completed his service obligation.
In May 1959 Gary married his lifetime partner and true love Beverly Elaine (Ballard) Cooper. He taught school in Prince George’s County, Md. for 25 years retiring in 1986. He taught both elementary and high school. His great passion in high school was teaching golf and being the coach for many years at Frederick Douglas High School in Croom, Maryland. His current memberships are National Education Association, Shepherd College Alumni Association, AARP, American Legion and Maryland State Racing Commission. He spent many years when his sons were growing up serving as a coach for baseball, basketball, and football teams for Little Leagues. He was certified by the American Red Cross and taught CPR and swimming, and was active in the Power Squadron, American Legion, and school PTA.

While teaching school, he spent the summers with family in West Ocean City and worked at the harness track for 55 years. He truly loved the work at the track with the horses. Gary also enjoyed hunting, fishing, golfing, crabbing, clamming, swimming, boating, going to baseball games and football games. He was a Washington Redskins ticket holder for over 50 years. He enjoyed everything and was always ready to do and go. He always looked forward to his weekly golf outings with his golfing buddies at Ocean City Golf & Country Club.

He was preceded in death by a brother-in-law, Lester “Pee-Wee” Ballard of Elizabethton, Tenn.; twin sons who died in infancy; and beloved son, Matthew Ballard Cooper who died April 20, 2020.

Due to the present COVID-19 restrictions, services and a celebration of life for Gary’s family and friends will be held at a future date. In lieu of flowers, anyone wishing to honor Gary’s memory may make a donation to The MDS Foundation, Inc., 4573 South Broad Street, Suite 150, Yardville, N.J. 08620. Please enclose a note that the donation is in memory of Gary T. Cooper, and the acknowledgment- Beverly E. Cooper, 8692 Barbara Ann Way, Unit 104, Delmar, Md. 21875.

Born Monday, April 1, 1940 in Patras, Greece, he was the husband of Elizabeth Kaouris. 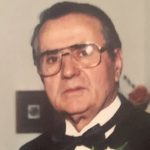 and sisters Anna Zacharopoulos and Agnes Kostopoulos and husband Dimitrios.

He was predeceased by brothers, Nicholas Kaouris and Anthony Kaouris.

Services were held at Burbage Funeral Home. Interment was at Evergreen Burial Park in Berlin.

In lieu of flowers, donations may be made in his memory to St. George Greek Orthodox Church, 8805 Coastal Hwy, Ocean City, Md. 21842 or the American Heart Association at https://www.heart.org/.

Condolences may be sent to the family via www.burbagefuneralhome.com. 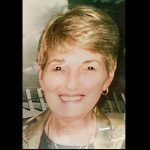 Born in Baltimore, she was the daughter of the late Eldridge and Mary (Ernst) Calzone. She was preceded by her husband, Frederick Thomas Carozza, in 1974.

She leaves behind two grandchildren, Crystal Carozza Churchill of Pittsville and Taylor Alan Carozza of West Ocean City as well as two great-grandchildren. She also leaves a nieces and nephews, Kim Barton, Brian Barton, and Jude Taylor of Baltimore, Sandra “Sam” Miller of West Ocean City, as well as cousins including Senator Mary Beth Carozza of Berlin, and many other family members and friends.

Mrs. Carozza attended Little Flower Catholic and Seton Keough High School in Baltimore, and became a business owner, including La Paloma of Baltimore and Snapper’s Saloon of Ocean City. She was an avid world traveler, and enjoyed quilting and local antiquing.

A mass of Christian Burial will be held on Monday, May 24 at 11 a.m. at Holy Savior Catholic Church, 17th Street and Philadelphia Avenue Rev. John Solomon will officiate. Letters of condolence may be sent via www.burbagefuneralhome.com.

In lieu of flowers, the family requests donations be made to the Worcester County Humane Society, P.O. Box 48, Berlin, Md. 21811. in memory of her dog Charlie and cat Cleo. Arrangements are in the care of the Burbage Funeral Home in Berlin.