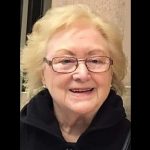 Born in Scotland, she was the daughter of Gavin and Mary Weir Tassie. She is survived by her beloved husband of 65 years, Kenneth Campbell. She was preceded in death by her daughter, Iona; her three brothers; and two sisters.

Mrs. Campbell had worked as a bookkeeper for Walter Reed Medical Center in Bethesda. Upon retiring, she and her husband later moved to Ocean Pines, where she enjoyed hosting parties, long walks on the Boardwalk, and animals of all kinds. She loved life and lived it to the fullest.

Our family wish to thank her wonderful neighbors who were so supportive during this stressful time. Words cannot express our gratitude.

A memorial service will be held May 15, 2021 at the Community Church of Ocean Pines at noon. Friends may call one hour prior to the service. Rev. Dale Brown will officiate. In lieu of flowers, a donation in her memory may be made to the Worcester County Humane Society, P.O. Box 48, Berlin, Md. 21811.

Letters of condolence may be sent via: www.burbagefuneralhome.com. 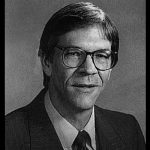 Born March 11, 1945 in Elmira, N.Y., he was the son of the late Raymond and Katherine Seymour of Ambler, Pennsylvania. He is survived by his brother, Daniel Seymour of Palm Springs, Calif.; son, Thomas Seymour and his wife Sara Collins of Carrollton, Va.; daughter Jessica Seymour Burlew and her husband Scott Burlew of Toms River, N.J.; and five grandchildren, Ella, Evelyn, Adelyn, Cordelia and Hannah.

A Vietnam-era Navy veteran, teacher, and published author, Terry earned a B.A. from St. Francis College, an M.A. from the University of Dayton, and an M.A. from Jersey City State College (now New Jersey City University). He taught English in the Glen Ridge, N.J. schools for many years, where he liked most of the kids and hated all the administrators who crossed his path.

After retiring and moving to Ocean Pines, which suited him much better, Terry enjoyed sitting on the beach with piles of books and the New Yorker, entertaining the ladies of Delmarva, drinking really cheap beer, chatting up everybody he met around town, reading the Wall Street Journal at the Worcester County Library Ocean Pines Branch, investing, gardening, arguing with his son about anything and everything and visiting with all his granddaughters.

He was taken by myelodysplastic syndrome, but before that he looked much younger than his years and was able to live on his own up until the very last week of his life, which he really wanted everyone to know. A memorial service will be held at a later date. Condolences and memories may be sent to the family online at www.burbagefuneralhome.com. 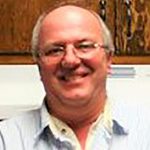 ORMOND BEACH, FLA — Ed Farlow, age 67, passed away with his loved ones surrounding him on April 29, 2021 in Ormond Beach, FL. He was born on February 4, 1954 in Salisbury, MD to Elmer T. Farlow and Ruth W. Farlow of Berlin, MD and grew up in the Berlin and Ocean City areas.

“Eddie” was born into the hospitality industry as his grandparents, Jim and Emily Farlow, owned the Lackawanna Restaurant in Ocean City, MD. He graduated from Stephen Decatur High School and was voted Senior Class President in 1972. An enthusiastic personality, he worked as a DJ at WETT & WKHI radio stations; he was also a writer and editor of local Ocean City newspapers, and worked at the family business DelMarVa Sport Center located in West Ocean City.

Eddie enjoyed fishing all his life, as well as boating, surfing, kayaking, boat mate and captain, and cooking-up great food for good times with family and friends. Eddie was the owner and chef of the Blue Water Café in Berlin, MD before moving to the warmer days and great fishing of the South.

While in Georgia he was a realtor & owner of Ecko Estate Sales. After moving to Port Orange, FL he and his family owned & operated Salty Dawg Outfitters before his passing.

A beautiful celebration of his life was held on May 2nd on the water in Oak Hill, FL by family and friends. “Not a day will go by without you being missed by me and the rest of the family” – Jeremy Farlow. 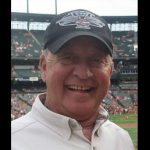 He was born in Lewes, Del. and was the son of the late Robert F. Baker Sr. and Madeline (Bunting) Baker.

He was a poultry weighmaster for Allen Harim and a member of the Selbyville Elks Lodge and the Moose Lodge. He was also a U.S. Army veteran.

A memorial service will be held at noon on Friday, May 28 at Bishop-Hastings Funeral Home in Selbyville. Friends may call an hour before the service.

In lieu of flowers, donations may be made to Bikers Without Boarders Foundation, P.O. Box 296, Bishopville, Md. 21813.