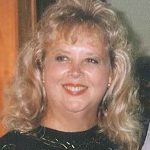 County and was the daughter of the late Harry “Butch” Carter.

She graduated from Sykesville High School and then opened Kathy’s Carpets in 1969 and then moved to Baltimore in 1977. At that time, Kathy opened her store on Falls Road. She was the only woman in the flooring business. She sold all types of flooring and window treatments for residential and commercial. She was the only woman owning a flooring business in at least eight sister states at the time. She owned the business for 32 years and said, “she loved the business, and it was always a pleasure to go to work”.

She attended many seminars and was always willing to help anyone. She belonged to many organizations, Women helping Women, National Women’s Associations, Women’s Network of Baltimore, Local Business Assoc., and Floor Covering of America. She volunteered for many organizations, community fund raisers for cancer, women’s groups and House of Ruth in Baltimore and Ocean City. Kathy loved living in Ocean City with her husband and traveling all over the world, being out and about dancing and wearing her many hats that she loved. Gary and Kathy bought many properties and renovated them, and she loved public auctions. There was never an auction Kathy did not love per Gary.

She is survived by her devoted husband of over 40 years, Gary Galloway Sr.; daughter-in-law, Marcy Galloway; grandson, Patrick Galloway; granddaughter, Libby Galloway; God son, Chris Unger and his wife Theresa; her brother she never had, Michael Bowlin and his wife Patricial and many, many wonderful friends.

She was preceded in death by her two stepchildren, Gary Galloway Jr. and Holly Galloway.

A celebration of life will be planned post COVID in Baltimore and Ocean City.

In lieu of flowers, donations in her memory may be made to Metaplastic Breast Cancer, Global Alliance Inc., 7 Bruce Road, Morganville, N.J. 07751, Women supporting Women, 1320 Belmont Ave, Suite 402, Salisbury, Md. 21804 or to the charity of your choice. 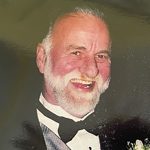 Bill first moved to Ocean City in the 1960s and his first job was working as a carney for Casey’s Games on the Boardwalk. Bill later became one of the first bartenders at the Purple Moose Saloon and later worked at the Bonfire and the Hurricane Night Club.

Bill worked for many years in Baltimore County, at Nationwide Nissan and Don White’s Chrysler Plymouth. He had a knack for sales and loved the art of the deal. He would cook ribs all day and throw huge parties at the family farm in Parkton for all his dealership friends.

Bill loved classic cars, fine wine and the game of golf. When Bill returned to Ocean City in 2006, he went to work at Pine Shore Golf and later at Deer Run Golf Course. He loved making new friends and working outdoors. He was also an avid surf fishing buff and loved spending long days on Assateague Island. He was convinced it was impossible to enjoy a steak without a glass of Cabernet.

For many years Bill reminded me that his final wish was to let everyone know he drank life from a full cup. Anyone who knew Bill would certainly agree, and that once he was your friend, he always would be. His quick wit and sense of humor will truly be missed. Bill didn’t have acquaintances, only good friends.

Bill is survived by his brother, Stephen Hall of Baltimore, and his sister Patty Ziehl in Winston Salem, N.C. Bill had two sons, Bill Hall III and Brandon Hall, who reside in Towson. Bill was a loving uncle to Erika, Stephanie and Nicholas Loppatto, Alexis Kay, Danielle Landphair and Nicole Ziehl, and was very close with his in-laws, David Ziehl, Tracy Loppatto and Robert Kautz. Bill is also survived by his mother-in-law, Doris Kautz, and the pup that misses him terribly, Hollywood.

A celebration of life will occur in the fall. Donations in his memory can be made to St. Jude Children’s Research Hospital, 501 St. Jude Place, Memphis, Tenn. 38105 or the Worcester County Humane Society, P.O. Box 48, Berlin, Md. 21811. Letters of condolence may be sent via www.burbagefuneralhome.com. Arrangements are in the care of the Burbage Funeral Home in Berlin.